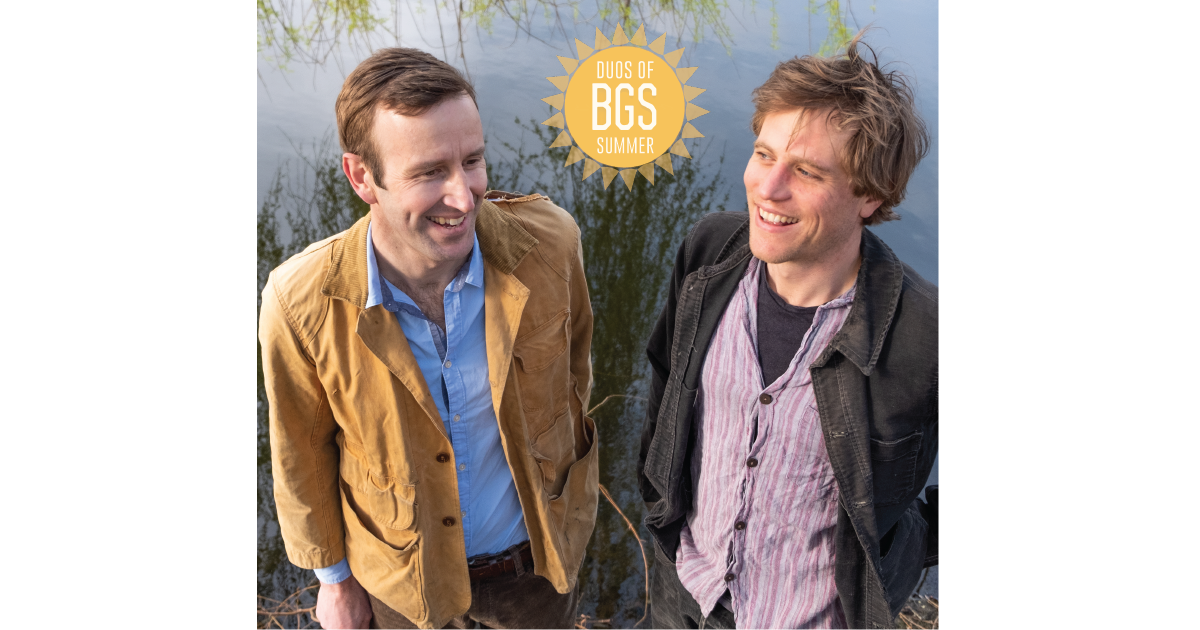 It was a week into lockdown last March that Robert Macfarlane got in touch with Johnny Flynn. The pair were already good friends. Macfarlane is a Cambridge University academic and a bestselling author; his many books, such as The Old Ways and The Wild Places, have helped shape a renaissance in nature writing. Flynn – as well-known for his acting as his albums – writes songs that reverberate with an inescapable yearning for the rural and the pastoral. Britain’s landscape is a place of solace and inspiration for both.

The early days of the pandemic were disturbing, disorienting, frightening. They were also quiet. The nation stayed home and traffic all but ceased: towns fell as silent as the countryside, birdsong had never sounded louder. Macfarlane asked Flynn if he’d like to write a song together and the act of creating together was something to cling to amid the tumult. “It started as just a song,” said Flynn, “and then it became a few songs… but it held me in place and kept me from completely spinning out.”

This May they released the result of their labours: an album, Lost in the Cedar Wood. The combination of Flynn’s folk sensibility with Macfarlane’s sense of place is so sympathetic that you can’t quite believe it’s their first collaboration. But then, Flynn had been reading Macfarlane’s books long before they first met. And Macfarlane was listening to Flynn’s albums like A Larum and Country Mile as he wrote. The author, in fact, thanked the musician in the acknowledgement pages, “because they were the songs I was listening to when I was out walking, and I knew every chord by heart.”

Eventually, a mutual friend introduced them; their first meeting was, in the most English of ways, at a friendly game of cricket. Their shared love of nature and passion for conservation sparked instant bromance. All three of those things manifest in the music they’ve made together.

“Rob was sending me articles about the pandemic being created by deforestation,” says Flynn, “but we were also talking about all the literature that people were reading with a new interest or perspective – Daniel Defoe’s Journal of a Plague Year, or Shakespeare’s King Lear.” Thinking of Anais Mitchell’s Hadestown, based on the Orpheus myth, they wondered what other stories might be worth exploring. Flynn looks at Macfarlane and laughs: “And you said ‘There’s always Gilgamesh’ – as if that was too obvious.”

A 4,000-year-old poem about a Sumerian king, written in cuneiform and discovered on tablets in the ruins of an ancient Assyrian library, might not seem that obvious a starting point to everyone. But it is, as Macfarlane points out, “the oldest story in world literature,” and its potent themes cast extraordinarily contemporary parallels. In the poem two warriors, Gilgamesh and Enkidu, defy the gods by cutting down a sacred forest, bringing calamity upon themselves. “The most powerful myths have a prescient as well as a retrospective vision to them,” says Macfarlane. “And that combination of ancient and urgent pushed us on.”

The songs were written back and forth via WhatsApp and voice memos: “There’s an incredible ease to writing with Johnny,” says Macfarlane. “I never worry much, and we trust each other to say if something isn’t working. I call it the Johnny Flynn song machine. I type out a bunch of words, send them over and they come back as this unbelievable song.”

Macfarlane would like to make clear, at this point, that he can’t play a note; he describes himself as having “all the musical abilities of a deckchair” (“Not true!” says Flynn). When it comes to collaboration with musicians, however, this deckchair has an impressive résumé. He has written a libretto for a jazz opera, had his poems turned into protest songs, and worked with a supergroup of British folk talent – including Kris Drever, Julie Fowlis and Karine Polwart – to create Spell Songs, a musical adaptation of his and Jackie Morris’s book The Lost Words.

Those experiences taught Macfarlane a great deal. “I’ve learned that good lyrics are about letting go, about cutting out order,” he says. “My teacherly prose writer’s inclination to bring grammar to everything has to be left at the door. And a year working with Johnny has brought me to the point where I’ve learned to let the light into language.” He’s particularly pleased with the song “Uncanny Valley,” to be released on seven-inch later this year, “about how things don’t join up with each other in the year we’ve just lived through.”

That sense of dissociation permeates Lost in the Cedar Wood, where melodies expand and contract like our perceptions of time during lockdown. The album doesn’t retell the Gilgamesh narrative – it’s more a series of meditations inspired by it – but Flynn and Macfarlane aren’t shy of tackling its epic themes like death and rebirth.

This should not imply that listening to it is a heavy experience: quite the opposite, in fact. What’s astonishing about the record is how much delight there is in it, from the instantly catchy resonator riff of the opening track “Ten Degrees of Strange” to the modal funk of “Bonedigger.” It often manages to be moving and funny at the same time, as in the plaintive lyrics of “I Can’t Swim There”: “My friend Harry’s got legs to spare/But I can’t find my body, I’ve looked everywhere.”

That sense of light and dark is beautifully mingled in “The World to Come,” which begins with an owlishly haunting melody and ends in a mighty accelerando, gathering speed until it’s a wild, whooping chorus of multiple voices – including Macfarlane’s. “In his wonderfully inclusive way Johnny did recruit me into some distant backing vocals,” he laughs. “And that song is effectively a party — not at the end of the world, but maybe at the beginning of a better world to come. So Johnny was encouraging us into the kitchen — whack the taps! jump up and down! There’s a cutlery basket that goes down at the end and the rawness of that in the record is wonderful to hear.”

The majority of the tracks were recorded in an off-grid cottage on the borders of Dorset and Hampshire, the recording equipment run off batteries powered by solar panels. “I love those albums like Music from Big Pink and The Basement Tapes,” says Flynn, “where you’re feeling the room where it was recorded. And for this one we were in the middle of forestry land, so there was the sound of chainsaws cutting pine trees coming through the windows, and we’d jump out of the window to record birdsong, and we were really in the sonic universe of the stories we were telling.”

Also singing on the album is Flynn’s nine-year-old son Gabriel. That inclusion was important to Flynn – not just because Gabriel is a promising young musician, but because parenting was such an intrinsic part of Flynn’s life, and even his creative process, in the past year.

“I was getting up before the kids in order to write and I’d be halfway through an idea when they piled down for breakfast,” he grins. “Often Rob would get a phone demo of me trying to sing a song and halfway through I’m shouting at the kids…”

“It was intense,” adds Flynn, “worrying about three kids, but the lovely thing about having them at home was getting to really go into every aspect of their thought process and their day.”

Macfarlane nods. “Stepping out of work into the arms of my eight-year-old, as he runs down the garden, that’s a nice commute.” He pauses. “I hope something like that stays, after lockdown.”

Because that’s the real question behind this album: what have we learned from humanity’s most recent crisis, and how will it change us? When Gilgamesh loses Enkidu as a result of their sacrilegious actions, he begins a new quest for the secret of eternal life. It’s no spoiler to reveal that he doesn’t find it: appreciating what he already has is more to the point.

It is not lost on Flynn and Macfarlane, for instance, that Gilgamesh is a story of close male friendship – even if, as Macfarlane jokingly points out, one of the characters dies horribly and the other’s a brutal despot. You can picture them together, Flynn and Macfarlane, on their much-prized walks through the English countryside, talking of this and that, and coming up with their next creative ideas.

It has, they agree, been a joyful process, and this joint project is surely the first of many. It may have forced them to confront some of their greatest fears for the natural world and the planet on which we live, but it has also endowed them with fresh hope.

Macfarlane also hopes that people don’t feel they need to know anything about Gilgamesh to enjoy the songs – or treat it as a pandemic album. “The days and months of lockdown do soak through its pores but they’re never named,” he says. “I hope in five years time anyone can put their ear to it and not feel they need a key to understand it.”