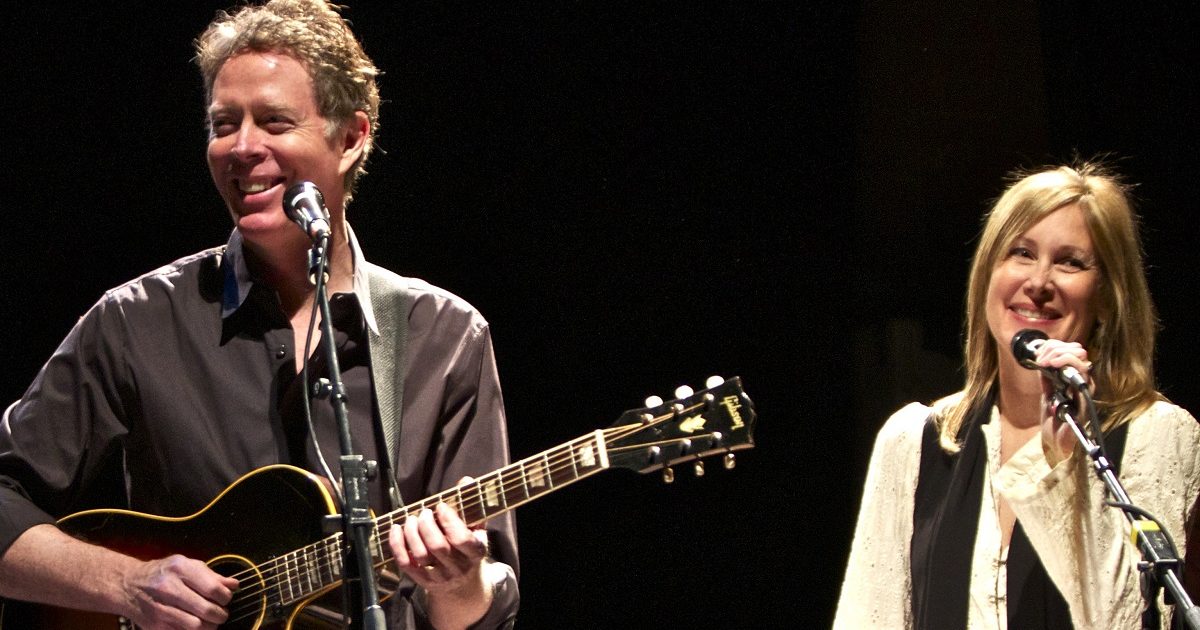 The long-running radio series eTown is famous for its finales, but upon reaching its 30th year, the focus is shifting to an upcoming all-star virtual b’Earthday concert on April 22 and the program’s deserving induction into the Colorado Music Hall of Fame. Of course there’s also an eagerness from everybody involved — staff, artists, and audience alike — to get back to staging shows at the beloved eTown Hall, a repurposed church that stands as a centerpiece of Boulder’s cultural community.

Community is key to Nick and Helen Forster, the founders of eTown. Their marriage has proved to be as sustainable as the environmental causes they support, and by never wavering from musical integrity, they have created a destination for musicians and music fans of every stripe. Helen carried a love of theater to eTown following her work with the early years of Telluride Bluegrass Festival. Nick Forster, who found acclaim in the band Hot Rize just before eTown launched, can recall browsing through microfilm in the library to do research for his guest interviews. Now, thanks to the internet, the whole world can feel part of the eTown tribe.

Calling in from Boulder, the Forsters filled in BGS about their ongoing creative venture, the common thread that all eTown artists share, and the warm family feelings behind the scenes.

BGS: What was the musical landscape of Colorado like back 1991?

Nick: In ’91, there were a lot of things that had come into their full power, including Telluride Bluegrass Festival, which is where Helen and I met. There was a pretty vibrant music scene in both Boulder and Denver, but if there was such a thing as the sound of Colorado, it was something around that lineup of the Telluride Bluegrass Festival or RockyGrass or Folks Fest. A loosely defined Americana vibe, with a little bit of a hippie slant. Colorado has always had that progressive, acoustic [feel]. … From John Denver on down, there has been a sense of Colorado being a place where a natural approach to music makes sense.

Helen, what drew you to bluegrass music?

Helen: You know, everything back then in Telluride was so organic that if you didn’t have a radio station, you got together and you started one. The festival started because these guys came back from the Walnut Valley Festival in Winfield, Kansas, and they loved it and said, “Why don’t we do this here?” So they did a Fourth of July celebration and a couple hundred people came. I think there were two or three local bands, and from that it grew into become an actual festival. By the second year of that, a couple of the founders had pulled out and I jumped in to just help, I guess. …

When I first got to Telluride, there were very few places to go, other than the bars. And there were some local bluegrass bands. That’s how I first discovered bluegrass. I was in my early 20s and we’d all jam into these basement bars and listen to the bluegrass. It caught my heart. It’s a beautiful form of music and I was so impressed with the talent and the ability of the players. Not only to play, but to jam. It was almost like jazz, in a sense, and it caught my attention then. 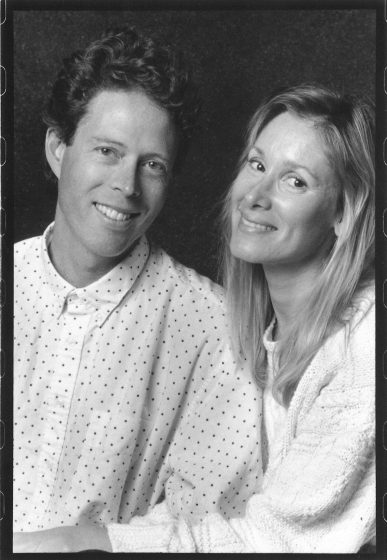 Nick, around this time you had made your mark in Hot Rize, which was the first IBMA Entertainer of the Year back in 1990. So, with your background as a performer, how did you make touring artists feel at home at eTown?

Nick: I was in a unique position being on the road with Hot Rize for years. I had an understanding of what it was like from an artist’s perspective. We’d been lucky enough to play on the Grand Ole Opry, Prairie Home Companion, Austin City Limits, Mountain Stage, and all these shows. I was really enamored with live radio in front of an audience. And when I thought about all the gigs I played with Hot Rize, there were four things that I usually remembered: How was the sound? Was there a decent place to stay? Was the food good? And did the crew have a good attitude?

So, we started with that at eTown, recognizing that we were trying to do two different things. One, we were trying to help these artists basically promote their new records, because everybody who came to eTown was out there with a new record. But we also wanted to have the mission of why we were doing eTown be something they would connect with. And to be inspired by, or at least informed by. So the piece of our show that included conversation about climate change or community or sustainability was another thing that most musicians were really into. Musicians who were traveling have a good world view. A lot of them are avid readers and up to date on world affairs. This was not a giant leap for them to connect with the mission-related part of it.

Tell me about the spirit of collaboration at eTown. What do you like about having more than just the two of you putting a show together?

Helen: It’s interesting, because when I was a little kid, I was doing a lot of theatre. I came from that model that it’s not just the performers; it’s the stage manager, and the props mistress, and the person who manages the set changes. Everybody works together. It’s like a team experience when you do theatre, and having the great crew that we’ve had, I think it’s a great testament to eTown and the model that we created there of being open and [receptive] to our guests. …

That’s what a lot of artists would mention: “My gosh, what a breath of fresh air! We’ve been on the road dealing with disgruntled monitor mixers, then we come here and it just feels like family,” like you’ve been welcomed in. And quite frankly, since we closed the eTown Hall temporarily, now for over a year because of COVID, we all miss each other. Nick organized a Zoom call a couple of months ago so we could catch up and see each other. I know that our crew is really anxious for the hall to re-open so we can all come together again. It’s like a big, extended family.

What are you looking for when it comes to booking artists for eTown?

Nick: We’ve always tried to aim for music that is soulful. That’s music that has integrity, good songwriting, not too many bells and whistles. Not stuff that is overproduced, so you can feel the personality of the songwriter and the singer come through. Our booking philosophy was always, from the very beginning, about featuring some diversity. But for the first 600 or 700 shows that we did at the Boulder Theatre, that’s 800 or 900 seats that we tried to fill. So, sometimes it helped when we had people with name recognition as one of our guests.

We always tried to have one artist with name recognition and one artist that was emerging, and beyond that, maybe one band and one solo. Or one person is playing Americana music, and the other one is playing Celtic or Hawaiian or Afro-Cuban music. The diversity of artists was really important to us, particularly because of our finale. The end of the show was always a joint effort between our musical guests and a lot of times they didn’t know each other. They didn’t have a lot of common ground.

I come from the bluegrass world where, yeah, you’re just going to pick and jam and find a song and play. But particularly for songwriters who have been hiding in their bedrooms writing songs for three years, and then they come out and say, “I don’t know any other songs….” But the finale was always, in some ways, not just an opportunity to have something in real time. It had to be created that day, with those people, under pressure, to find a song, find a key, arrange it, split the words up, and rehearse it, then perform in a few hours later. It was pretty intense! But the other part of it was, eTown’s goal has always been about using music as a way to build community, and to remind people that our community is larger than we might think it is.

Over the last 30 years, music and technology have changed so much. When it comes to eTown, what would you say has remained the same?

Helen: There’s been an agreed goal of maintaining a certain amount of integrity and a certain amount of quality in the ultimate product that we have been putting out all these years, which is the radio broadcast and now podcast. Whether it’s the technical sound end of it, all the way to the content itself. I think that’s what’s kept it going as long as it has. There is this underlying devotion and striving toward excellence.

Lead photo of Nick and Helen Forster by Tim Reese