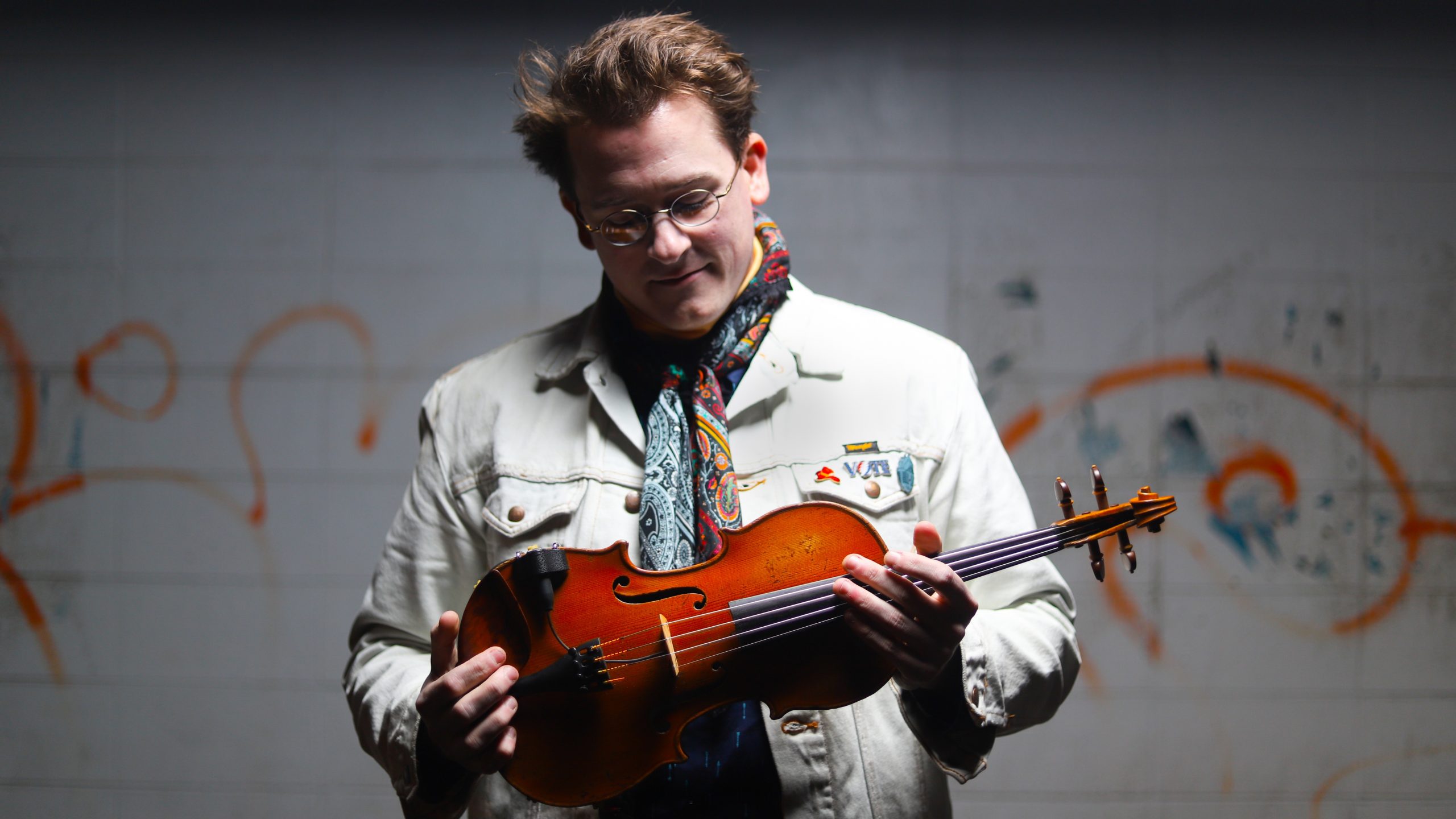 An instrument as agèd, storied, and established as the violin — henceforth in this piece obstinately referred to as “fiddle” — carries with it vestiges and artifacts of its own history into any/all of its new musical forays. It’s one of the most charming qualities of the instrument, that whether a rosin-laden bow grinds and saws against the strings or whether it floats, gently ringing an intransigent harmonic, a fiddle is still a fiddle. It is the sum of its disparate parts.

Many virtuosos, hobbyists, and career musicians have staked their entire artistic worldviews on the paradoxes contained within the instrument. We in roots music quite often enjoy the musical aftereffects, songs and compositions that gleefully train magnifying glasses on paradigms such as classical versus jazz, old-time tunes versus minuets and cadenzas, or perhaps a chamber orchestra versus a square dance band. Ross Holmes, a session player, composer, and fiddler (Nitty Gritty Dirt Band, Mumford & Sons), counts himself among the violinist vanguard tinkering with the existential building blocks of the fiddle – a tradition and subculture he grew up with. “Overture,” an original, grandiloquent composition from Holmes, is something of a manifesto on the concept. (Listen below.)

The nearly fifteen-minute-long piece is performed entirely solo, beginning with a meditative, droning theme that Holmes describes as a “secular prayer.” As he carefully, intricately unspools each melodic turn, infusions from across the map — geographical and genre — are delivered directly from Holmes’ brain-as-musical-sponge to the listener’s ear. Each fluttering bow stroke, aggressive shuffle, and stunning double-stop speaks to the contributions of the fiddle in nearly every culture on earth. Throughout “Overture,” these global influences reflect the United States’ “melting pot” status — the greater piece for which this is the overture, after all, is titled: American Fiddle Suite. (Its remaining movements are a work-in-progress.)

Fiddling, by its nature, will be an outgrowth of all of the history, culture, and art that has flowed through it over the course of its centuries-long existence. What distinguishes Holmes and “Overture,” however, is the intention with which he connects all of these widespread dots. It makes sense, it’s tangible, and at its essence, it’s beautiful. It’s all the more impressive then, that though “Overture” is an entirely composed, ostensibly “classical” piece, not a note is yet written down. Holmes plays it all by memory — his memory, and the fiddle’s, too.