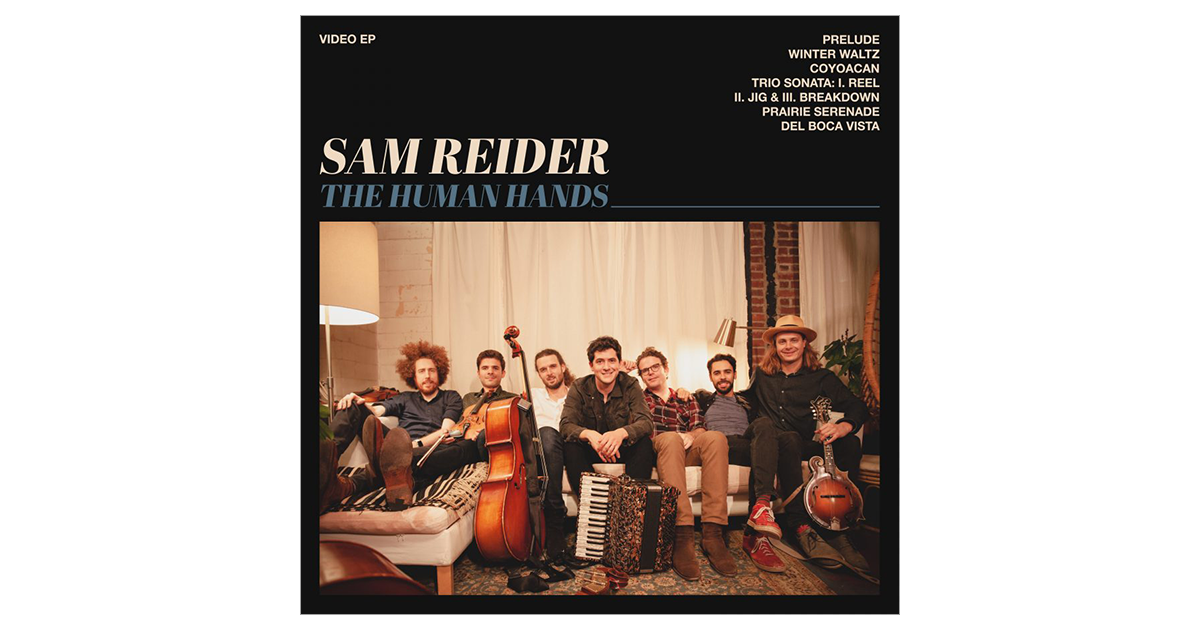 All disbelief suspended, composer and accordionist Sam Reider’s work is essentially string band music. Yes, he’s an accordionist (which shouldn’t really be remarkable, because… Sally Ann Forrester), and yes, Eddie Barbash plays saxophone on the most recent album, The Human Hands EP, but we’ve suspended disbelief here for a reason. Whether the rest of the band were rounded out by Dominick Leslie, Duncan Wickel, Alex Hargreaves, Dave Speranza, and Roy Williams or not, these tunes would feel fiddle-y. They’re folky and down-to-earth and approachable and danceable and they cheekily, defiantly traipse across the borders of bluegrass.

The truly remarkable thing about this music is not this feat in the face of (gasp) an accordion and a saxophone!? It’s that these folky-feeling tunes are… composed. These melodies and ideas are directly tied to a musical history and tradition often regarded as devoid of any idea rootsy or vernacular. “Trio Sonata,” a two-part composition on the new The Human Hands video EP, draws from the Baroque trio sonata, a 400-year-old musical form that derived from popular dances of the day. The three parts of Reider’s “Trio Sonata” are I. Reel, II. Jig, and III. Breakdown, amounting to an unlikely, four-century-old parallel to modern fiddle contest song selections.

In this way, there’s a satisfying sense of symmetry to Reider’s idiosyncratic approach to fiddle-oriented instrumental music. It defies any so-called logic we might try to use to justify certain genre designations, it mocks the idea that we ought try to delineate between “classical” versus “folky” approaches to writing and creating music, and perhaps above all else, the music centers dance. Movement is certainly a unifier, and in this case, it unifies all of these musical eccentricities — from squeezebox to Bill Monroe to Baroque compositions to sax — in a perfectly digestible package.