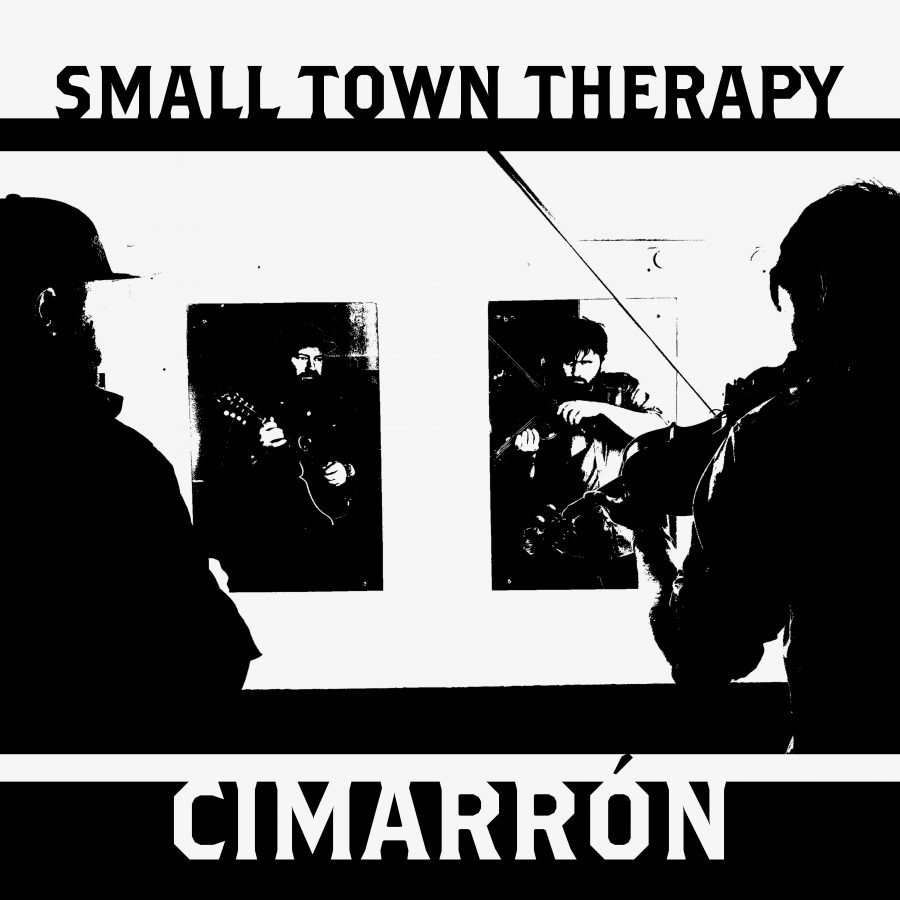 Fiddler Leif Karlstrom and mandolinist Adam Roszkiewicz — both veteran members of Bay Area pop-stringband Front Country — together in their duo form are called Small Town Therapy. Their latest single, “Cimarrón,” is their first studio follow-up to their 2014 debut self-titled album, which was produced by mandolin virtuoso Matt Flinner. “Cimarrón” reveals the pair charging back onto the scene with more new acoustic-inspired goodness with duet-precision that conjures other notable bluegrass-and-then-some twosomes like Darol Anger and Mike Marshall.

Though the title may evoke wild frontiers and raw, feral beauty, immediately listeners realize that Karlstrom and Roszkiewicz are neither untamed nor unpredictable in their execution of the tune. In fact, their impossibly tight, intertwined duet is almost perfectly antithetical to the wildness of the song’s moniker. The melody runs along like a raging river or a stampede of wild horses that while turbulent and fraught up close, are deft, intricate, deliberate choreographies when viewed at a distance.

The song never loses the frenetic, improvisational energy that we’ve come to recognize as a hallmark of these acoustic offshoots of bluegrass and old-time, yet Small Town Therapy are effortlessly in control. Their years spent in bands and on the road together are perhaps to blame — and thank — for this balance. In such a loose format, merely two voices bouncing off of and responding to one another, one might expect that freneticism to inevitably run off the rails, but it never does. And once again, like that coursing river or galloping herd, it sets its passengers down ever so gently at the end of their rollicking, musical journey.