Sowing the Seeds with Love 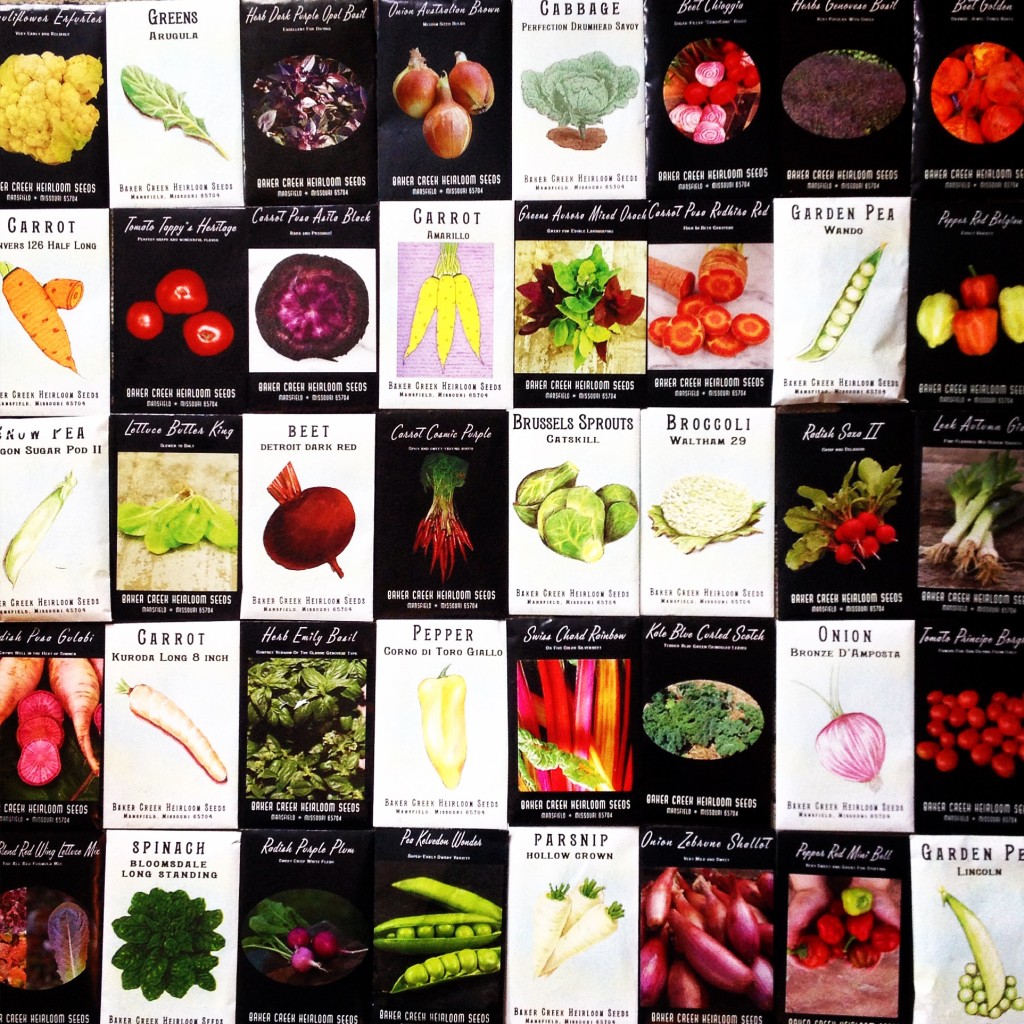 Every year in the garden, the see-saw tips from "I have no idea what I’m doing" to "I think I’m beginning to understand." And then, just as quickly, tips back to "I have no idea what I’m doing" as the next predicament arises. In any field of learning, it’s a cycle that takes you from being completely baffled to feeling like Einstein, and then back to being baffled all over again. So, I’m starting 2016 having learned so much in the two years since I started the garden, but knowing there is still so much to learn. The first lesson will start with seeds.

You know you are a gardener when you have more seed catalogs delivered than home and clothing put together! It’s that time of year when all the 2016 orders have been placed and some have started to be delivered. I’m growing almost everything I grew last year, along with a few additions to expand the garden. Baker Creek is my go-to again this year for seeds. Now that I’ve got the hang of growing most of the vegetables, I’ve added a few more varieties to some types so I can compare tastes.

Last year, the parsnips, cauliflower, and brussel sprouts didn’t grow, but it will take a few years of failure for me to completely give up on anything, so we’ll see what 2016 will bring. I’ve cut back on lettuces, since their season here in Tennessee wasn’t that long. The arugula did really well, though, as did the spinach and kale, so they will be my main leafs this season. Another failure last year was my rhubarb. I love rhubarb, but it’s not that easy to grow in warmer climates. Still, I ordered some more to try again, along with some potatoes, from Grow Organic.

My biggest disappointment, by far, in 2015 — partly because it was the first thing I planted — was the death of the apple tree. It budded in the Spring and then died. Who knows why, for sure, but the city was working on a sewer line not too far from it and it ended up leaking. I’ve order the same multi-variety tree, along with another one, from Bay Laurel Nursery. Lastly, I ordered another gooseberry bush and some more early-season strawberries (since I managed to kill many of mine while transplanting them!) along with a variety of everbearers which will produce berries over a longer period of time. They came from Nourse Farms. 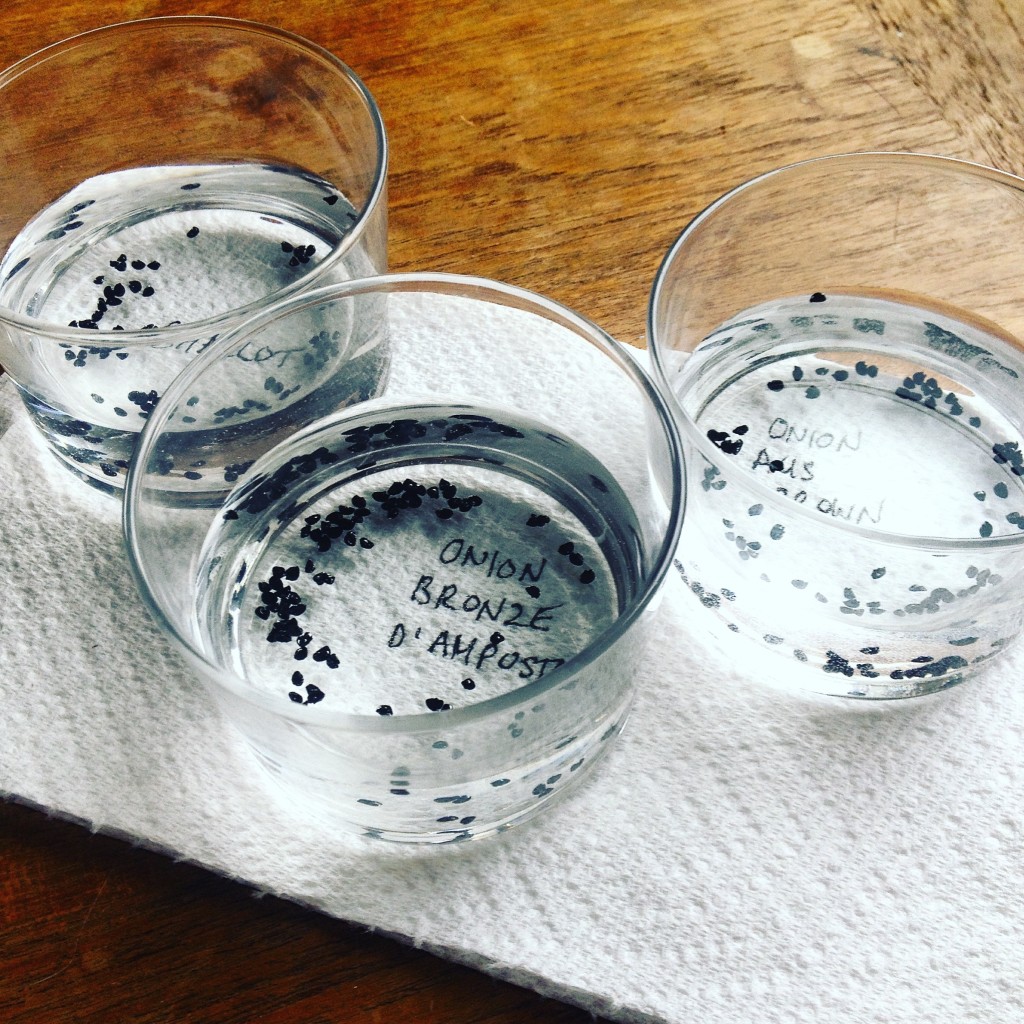 For the past two years, I’ve sown my seeds outdoors when the weather starts to warm a little. But this year, after discovering the wonderful Gary Pilarchik from the Rusted Garden on YouTube — and his video demonstrating how to make a simple indoor grow box — I wanted to try with some starts inside. (The follow up is also useful.)

Another first for this year is seed soaking. For a seed to sprout, it needs to take in moisture, which it does from the soil. Soaking it first is like giving it a huge glass of water in one go, instead of the sips it takes from the earth, so germination is much faster. The general rule is, "Don’t soak anything for longer than 24 hours," but I discovered some seeds need much less and started to swell after 12. You want to avoid sprouting before planting as the seeds are very delicate once that starts to happen and are likely to be damaged if you pick them up.

So I didn’t have to stick labels on my glasses, I lay them on a labeled paper towel. (See photo above.) The seed packets will tell you when is the best time to sow your seeds indoors. I could have been earlier with some of them, but next year I’ll do better, tipping that see-saw once again from "I have no idea what I’m doing" to "I think I’m beginning to understand."

For now though, it’s time to hurry up and wait.

Singer/songwriter Susan Enan spends any time not on the road or in the studio working in her East Nashville garden.