Squared Roots: Courtney Hartman on the Urgency of Nick Drake 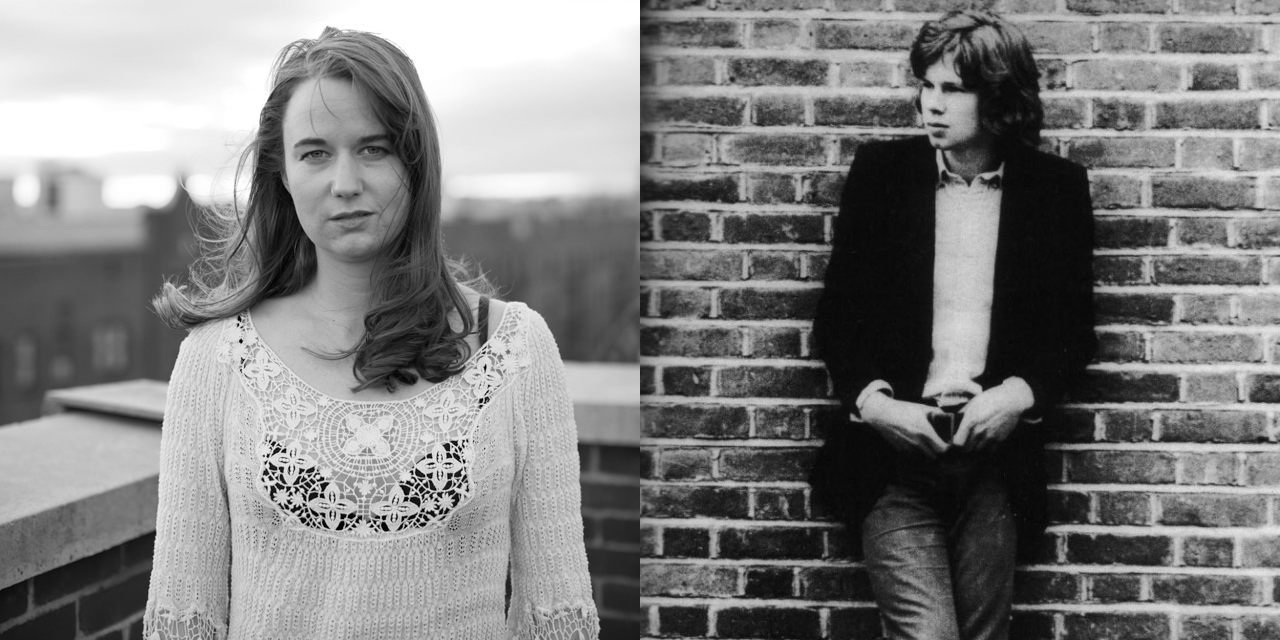 Nick Drake is one of those musical unicorns who achieved amazing posthumous success, though enjoyed very little acclaim while alive. Having recorded and released three albums between 1969 and 1972 — Five Leaves Left, Bryter Layter, and Pink Moon — Drake was working on a fourth prior to his death by overdose in 1974. Drake was plagued by depression and his work reflects a depth of feeling that can often only come from someone who has faced those sorts of demons. Still, there's a certain mellow peace in there, too.

It's that peace that drew Courtney Hartman into Drake's work. On the heels of three albums with Della Mae, Hartman recently released a solo EP, Nothing We Say. Though her earliest influences are guys like Norman Blake and Bill Frisell, Hartman was, in more recent years, drawn to Drake's spirit and captivated by his craft.

For folks only knowing you from Della Mae's brand of bluegrass-tinged folk, Nick Drake probably seems like a left-of-center pick. Connect the dots.

First of all, as I've been digging in the past couple of days, it's an endless well of darkness. [Laughs] I think it was somebody in Boston who told me to check him out. Probably Pink Moon was the first album of his that I listened to. I listened and connected, but it wasn't actually until I heard his mom's [Molly Drake] recordings that I was like, “OH!” It was like the bigger picture and it made me want to dig in more. I remember I was on a Megabus heading down to New York from Boston, maybe six years ago, and somehow came across Squirrel Thing Recordings. That was a little group that put out a release of Molly Drake songs. I was floored and listened to that over and over again, then went back to Pink Moon and dug in from there.

I think the first thing that struck me about Nick's playing … as, primarily, a guitarist, that's one of the first things I listen to when I'm listening to music. What struck me about his playing, maybe more than anything, was his rhythmic integrity … which sounds, potentially, so surface. But I was blown away by that. You can hear all the other possibilities of instrumentation while only listening to just him. He brings all of that into a singular voice. And, also, the way that he has an incredibly conversational style between his voice and guitar.

That's fascinating to hear you describe it that way. Not being much of a guitar player, that's not how I hear it, but I totally get it when you describe it that way. And, when I think of timeless-sounding records, his always make the cut. That's the beauty of roots music made with real instruments — you don't get caught up in technology trends that pin your work to a particular moment. There's such a purity to what he did … which ties back to what you were saying.

Totally! I think, particularly in Pink Moon. His first two albums had more instrumentation and were brilliant. He had a buddy from Cambridge do his string and horn arrangements. Reading about that a bit … He was working on that first album with Joe Boyd and he had brought in someone to do the arrangements and they just weren't feeling right, so Nick said, “Hey, I want my college buddy to do it.” Turns out, that was the first time Robert Kirby had ever done studio work before. Listening to those string arrangements knowing that is kind of mind-blowing. Obviously, Nick had a sonic vision and knew which direction to go.

All that is to say, those first two albums could sound dated, but I think that's more due to arrangement stuff. His third album, Pink Moon, absolutely could have come from any time.

It's stunning to listen to all of it and know he made it all before the age of 26.

The depth of soul and emotion conveyed … it really is insane.

Absolutely. He also recorded Pink Moon in two nights — just him and an engineer.

When you hear it, there's an urgency about it, in some sense. I don't know … It's all kind of blowing my mind right now. There's a sense of urgency, but to me, that album doesn't feel incredibly dark. If you read about it or listen to other people's takes, it's often portrayed as being a really dark album because it maybe came from a really dark time in his life. But it doesn't feel that dark. There's a connection to it. I think what people connected to, after the fact, after he died, was maybe a similar thing … like the cult following of Frida Kahlo, where they connect at a very deep, foundational level with the raw pain she put into her work. The urgency comes from a necessity of the work. She had to make what she made. It was a survival work for her. I think, for him, it was also a survival work.

For people like that, particularly ones with mental health challenges, depression, music — or art — must seem like the only real truth in the world.

It's the only thing that can even come close to capturing the textures and layers and colors and all of the different elements that they are feeling and experiencing in one little nugget. It's pretty powerful.

There's a book by Elizabeth Gilbert called Big Magic. In that book, there are parts where she wants to debunk some common beliefs and assumptions about art and artists. One of them being … with so many artists, we assume that it was their art that eventually drove them insane — it was their craze, their need to create. She wants to bring up the perspective of that maybe being what saved them. And maybe there's a little bit of that in Nick's work. We can't say. We can only speculate. We have the music that he put out into the world, which I'm grateful for.

You have to wonder, if he'd had the success he had posthumously while he was still alive … would that have made it better or worse for him? That's another impossible thing to know.

In interviews with folks who knew him, when they question whether it could have saved him to just take him out to a bar and slap him around a little bit and say, “Hey, man! Wake up!” You can only question those kinds of things so much. You don't know.

So, since you are 26 and he was 26 … how do you gauge where you are? [Laughs] It's an impossible question, right? When you look at other people your age and what they've done … it's hard to take in, I would imagine.

[Laughs] It is hard to take in. I think an easy death of inspiration is comparison, whether that be boosting up what you've done or degrading it. We live in a really weird time of perpetual comparison. We're flipping through Instagram and that is, ultimately, just a big, white board of life comparisons. And we put filters on it to make it look better or more melancholy or whatever it is. That's our time.

[Laughs] That's funny. Technology has done a lot of wonderful things. And it also hasn't.

Reading about Molly Drake … she created just to create. She just made these songs. Nick's sister, Gabrielle, has said that they just had a reel-to-reel recorded in their living room. When he was a young kid, his mom encouraged Nick to play piano and he would just record stuff. They were just creating to create, at that point. Her songs … she never anticipated them going out. She was a poet, but never really had her work published. So there's this private sense about their work, as well, that I don't think we can quite fully grasp now because it's all so the opposite. And maybe Nick didn't quite know how to reckon with that. He maybe saw that private creation side of his mom, but also knew for his survival's sake … Who knows?

I sometimes will listen to Jeff Buckley's Grace record or watch a River Phoenix movie and wonder what they would have become. If they were that great at such young ages … but they gave us all they needed to give us, then took their bow and exited stage left.

Yeah. I think what you asked about summing up your life's work up to where you are … more than anything, music and work like his that does feel so urgent and inevitable makes me want to just buckle down and work and understand what it is that I need to do that feels inevitable. Because we put off those things. People like him … you go away from their work wanting to be more of your own thing, do more of what it is that you do. I think that the great artists, ultimately, that's what they do.