Squared Roots: Jill Andrews on the Heart and Mind of Joni Mitchell 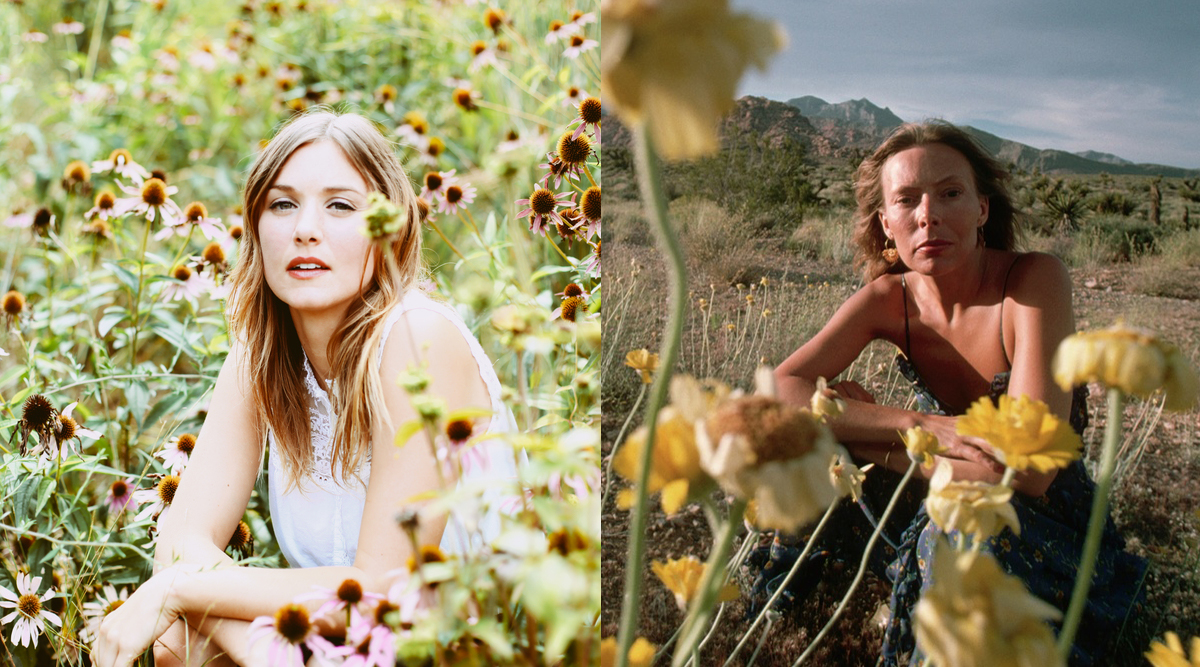 Pretty much every singer/songwriter today counts Joni Mitchell among their heroes. If they don't, they should. From her 1968 debut to her 2007 finale, Mitchell's talent has been both steadfast and elusive — remaining constant even as it evolved. Her early records (Blue, Clouds, Ladies of the Canyon, Court & Spark) showcased a craft so fully formed and so emotionally mature that they continue to stand as high marks in her career … if not in music as a whole.

By the mid-'70s, Mitchell needed more than acoustic music could offer and she branched out into jazz alongside Charles Mingus, Jaco Pastorius, Wayne Shorter, and other legends of the form. Having issued 10 studio albums in 11 years, Mitchell's output slowed in the '80s and '90s, with only six releases spread across those 20 years, including the Grammy-winning Turbulent Indigo in 1994. At the turn of the century, Mitchell won another Grammy for Both Sides Now, the concept album that follows the arc of a relationship as told through jazz songs performed by Mitchell with an orchestra. Two years later, Travelogue paired her own songs with an orchestra and, in 2007, Shine shone as her last-released collection of original material prior to her retirement from music.

As one of the singer/songwriters who count Mitchell as a hero, Jill Andrews found inspiration in her early acoustic albums. That influence wasn't exactly obvious on Andrews' first band project, the everybodyfields, or even on her solo sets, including her latest release, The War Inside. But it's in there, in her DNA, just as it is in all the other singer/songwriters who have come along over the past 45 years.

So that I know who I'm dealing with here … what's your favorite Joni record? This is going to determine a lot.

Blue. I feel like that's the most obvious one, but … There are several that I hadn't really listened to, so I've been listening to them. And, still, that's my favorite … by far, I would say. But I think Ladies of the Canyon is really good, too. What about you?

Early on, in my early 20s, I was all about Clouds . I mean, Blue is fantastic. No question. But, like you said, it's the obvious one. Then Court & Spark got me, particularly after … I'm guessing you've seen the wonderful documentary about her on Netflix.

No, I haven't, actually.

Oh my goodness. It's called Woman of Heart and Mind. I watched that a couple of years ago and listened to Court & Spark for about two weeks straight … nothing else.

Oh, nice! Is it a documentary about her whole life of just that era?

Her whole life. What's fascinating to me about her is that the music industry never knew quite what to do with her … and that's true of most artists who color outside the lines. It's amazing that their art ever gets documented and distributed.

Yeah. And she did so well, record sale-wise, for a really long time. The ones, to me, that weren't the most obvious still sold so well. And it's interesting to think that, if she were trying to do what she did in the '70s now, I wonder how different of an experience that would be for her.

Clouds at 25 and Blue at 27. Today, artists that age are sitting naked on wrecking balls to get attention.

When you think about that, that is so true! [Laughs] Have you seen the live BBC videos she did in 1970?

Yeah, some of them.

She's wearing this pink dress and her skin is the most flawless skin I've ever seen in my life. I can't even believe how flawless it is. You know there was nothing making her look better, except maybe a little makeup … but she barely had any makeup on. She was just singing and playing guitar. She didn't need a single other thing. It was just her doing that and it was so good. It was songs from Ladies of the Canyon and some songs from Blue. It's just so simple.

It's tempting to wonder where the Joni Mitchell of this or that generation is, but really, the original is perfect and timeless. Do we need another one?

I mean … not really, but at the same time … I'm interested in the simplicity of all of that. It's actually caused me to think a lot because I've been thinking about what my next record is going to be. I'm so over the moon about this new one that came out, but I finished it a while back, so I've been thinking about my next one for a while. I've been working on a couple of things at home and a lot of it is pretty simple … a lot of my vocals stacked up, one on top of another, used as another instrument. I don't know … it's not necessarily as simplistic as just a guitar and vocal, but it's definitely more simple for me.

Well, the setting that she used was simple, but her phrasing, melodies, lyrics … all of that was very complex. That kind of talent can't really be learned, but have you spent time really studying the craft of her songs?

So you might as well aim for the absolute highest! [Laughs]

[Laughs] Yeah. Exactly. I guess I haven't really studied her craft, necessarily. But I have listened to her stuff a lot and just been a big fan. Her lyrics are so interesting. In general, they're all slice-of-life lyrics. You can see her in the story, almost every time — standing on a street corner in “For Free.” You can see her in so many of the songs. I just love that. The imagery is so beautiful.

Not that she ever made pure folk music, but that's just too small of a genre to contain her, so it's no wonder she gravitated toward the complexity of jazz. Are you a fan of that phase, as well?

Yeah. I don't know what it is. I think the melodies drew me in more, on Hejira. I love “Coyote” so much. That song is amazing.