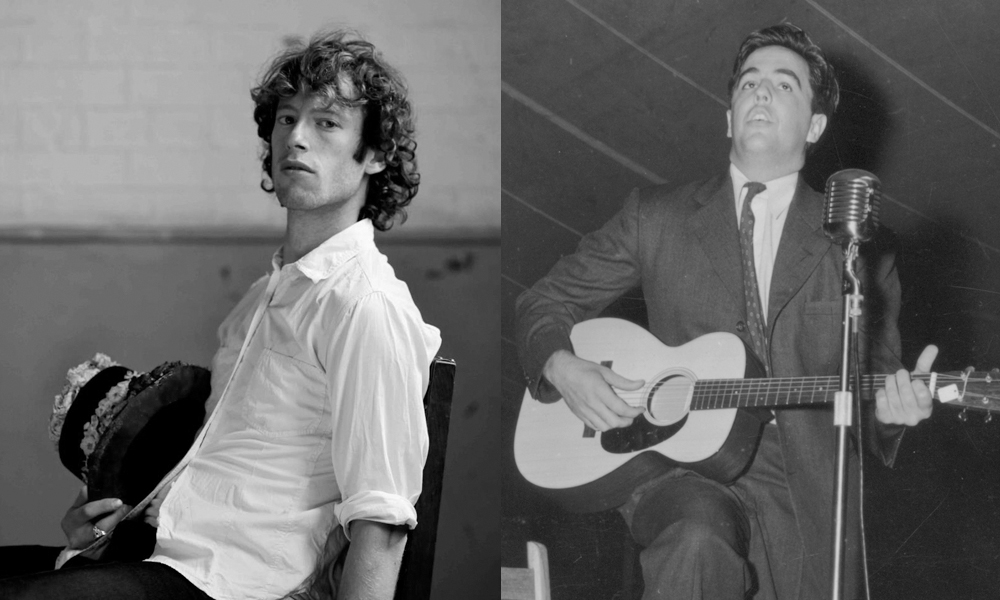 In his work collecting field recordings and documenting oral traditions of roots music, Alan Lomax captured the history of a nation — of a world, really — as it was happening. Lomax learned the trade from his father, John, and carried the torch forward, moving in circles that included Woody Guthrie, Lead Belly, Pete Seeger, Burl Ives, and myriad other singers — many of whose names were never known, though their contributions were no less vital in Lomax's eyes and ears. Because his work was necessarily integrated racially, Lomax was the target of investigation and scorn during the mid-century years of McCarthyism and civil rights struggles. He, nevertheless, found ways to carry on with his mission, leaving a massive trove of historical documentation as his legacy.

English folk singer Sam Lee has taken it upon himself to adopt a similar vocation, learning and recording old world songs from Gypsy and Traveller singers in the UK, including Stanley Robertson, May Bradley, and Freda Black. Much like Lomax, Lee gets the job done by keeping one eye on the past and one on the future, using whatever technology he can to best capture these traditions before they are gone. His latest album, The Fade in Time, stands as a testament to his passion and respect for not only the old-time music, but his own duty as its keeper.

It's pretty well impossible to quantify the importance of Lomax's role in music history. From your perspective, what does his work mean — to you and the broader roots music world?

I think, firstly, it’s important to say I will probably never fully understand or appreciate the impact he made on the world, for that is to understand the enormous social revolution that happened in the U.S. and world over the '50-'60s and before and after. How he brought such a formidable energy and determination to the task of documenting the cultures of America, but also the rest of the world. The care he brought to this endeavour and sense of importance and value … to give voice to the outcasts, the marginalised, the poor, the persecuted, the outsiders. How, through his deep love of people and ability to converse with anybody on their level — combined with his weight as an academic, as a charismatic leader — how he focused the attention of a nation on the treasure on its doorstep.

The responsibility he took in the legacy of his father was such a huge task with cultural divides and technology all working against him. Now, in a time of supposedly progressed cultural assimilation and technology as good as one could ever dream of but facing the cultural ecocide and extinction we see ahead of us, I feel the Lomax journey is one to reflect upon as a reminder of the need to protect, conserve, and celebrate the beauty of self-made, localised, home spun, informed, and unaffected culture on both U.S. and UK shores — but also across the world where the great vanishing is happening, the huge forgetting of the old ways. Lomax married old world creativity with the possibilities of technology and popularisation in a ground-breaking way that’s still possible as long as we keep listening to the old ones!

In the early 1940s, he was pushing against the boundaries of race and class with his presentations, and he felt the establishment push back. But he saw that as part of his calling because a documentarian has to approach the world with equanimity and objectivity. Is that how you view the job, as well?

Nicely put. And, yes, as a "documentarian" (I’ve never been called that, by the way, but I like it, so thanks!) I think the issues are not about the establishment pushing back so much as they are generally very embracing of the work I and the Song Collectors Collective do. The challenges today are about making it financially feasible to execute this sort of research not being in an academic institution and doing it in such a way that serves the communities as well as the multitudinal interests of the outside world.

But, yes, the need for equanimity is constantly there when faced by both the regular failure in the searching for old tradition bearers, the occasional rejection, apathy, or resistance from the communities toward the work due to much more serious social issues they’re facing. But most of all what troubles me is the reactions from some of the institutions that should be endorsing and supporting the work and the establishment within the folk community. Sometimes I think those that are supposedly endorsers of folk culture seem to care so little for the communities that have kept it alive and honouring the keepers of the lore. This frustrates me a little.

Lomax spent most of the 1950s in Europe to avoid the House Un-American Activities Committee. By the time he died, his FBI file contained more than 800 pages. But he never stopped his work. Can you imagine how it must have felt to get tangled in the “Red Scare” or something similar?

It’s funny because the consequence of the Red Scare was that Lomax spent a lot of time in the UK recording our singers and the documents of which have had great impact on the preservation and popularisation of our traditions and repertoire, so it was very much in us Brits' favour. However, the folk singer's responsibility is to be fighting back against institutional or political insanity, and I am lucky that I may never live to experience such unbelievably systematic vilification by the state. In my mind, though, the subtle evils of governmental policy and corporate ravages are as devastating and corrosive as they eat away at community.

Ironically, the effect of the Red Scare was to galvanise the people into a formidable force of solidarity like we have never experienced. I am not sure how huge the collective voice of opposition is today at the slow erosion of our civil liberties. Maybe one already exists, but I hope one day there will be a file on me somewhere. I won’t have done my duty, if i haven’t challenged the regime enough to gain some sort of "listing."

Of all the amazing sessions he documented, which ones would you have wanted to witness?

Ouch! This question hurts to think about. I longed to wonder what sitting in on those Jelly Roll Morton recording sessions would have been like as that was, in my mind, a phenomenal meeting of two worlds and a transmitting of such a principal memory of the birth of a musical genre. But also, having spent a lot of time with Shirley Collins — the English folk singer and ex-lover and collecting assistant of Lomax — she tells me endless stories of their time together recording singers on their porches and, in some ways, I feel like I was there vicariously through Shirley’s telling of stories.

While I was at the Library of Congress in September 2015, I was reading some of his diaries and of the numerous recording situations he found himself in. The one that stands out was an episode of him gathering a whole crowd of Black American workers in this old shack and recording the songs of some of the best entertainers amongst them … each one stepping up, or being pushed up to sing something or play a tune. I am not sure if it was the way he described this dark room crowded with faces piling in to see this single white man record their music, their faces gleaming out from the darkness, the sense of uncertainty and fear, yet also the compulsion to record and commit this precious music that they themselves were probably not aware of its cultural wealth, depth, and evolved brilliance. Everything about the way Lomax described this experience and the joy that came from them tentatively sharing and being acknowledged and their songs valued seemed like such a magnificent mini revolution … this idea of Lomax going to each singer one by one and letting them know how very special they are … I think that is radical!

He clearly understood his place in history, even as it was unfolding around him. Do you have a similar sense, as you attempt to capture the oral traditions of your world?

Yes, I very much do and, with that, goes an immense sadness alongside the privilege. It’s like sitting near a rare white rhino or some vanishing beast, powerful and majestic, feeling the vibrations as it moves and breathes, knowing that when imminent death arrives, no one else will ever get to feel the ground shake beneath it or smell its unique breath, feel its presence. The old singers I get to meet and record are the last of the old world. They are fading custodians who sit at the edge of this great, nearly forgotten tradition and, when I leave, I know I may never see them again as is sometimes the case, returning a year later to find they have passed on.

What is left is a musical and cultural silence filled only with the noise of cheap MP3 downloads, karaoke-style music devoid of any muscle or memory. I guess that is where my responsibility as being the artist steps in and is ever more necessary — to take the essence of what I have experienced and develop it into new, informed, and "acceptable" music that can survive in the modern-day campfires and porches of musical appreciation — the mobile phones, earbuds, and YouTubes of planet Internet.