Sturgill Simpson, ‘All Around You’ 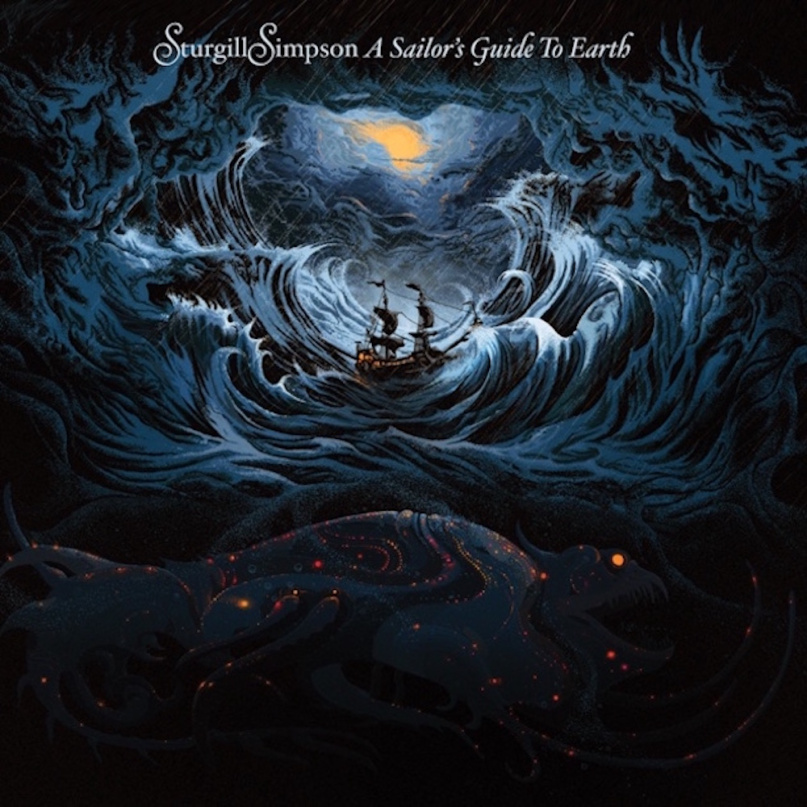 We probably shouldn’t even be doing this. To be honest, our first instinct was to respect Sturgill Simpson’s wishes that his third album, A Sailor’s Guide to Earth, initially be listened to in its entirety, one side at a time, and not go out of the way to single out a certain track as a stand-alone entity. And, as an album, it is indeed masterful, flowing from one song to the next like the rolling waves he evokes in his mystical parable of the ocean as a metaphor for the future of his two-year-old son’s life. And, in an era where musical men are often measured by machismo, ruling the charts through tales of their lives as romantic conquistadors or truck driving kings, it’s a treasure to find a father so enchanted by the peaks and valleys of parenthood that he’s willing to devote not only an entire LP to it, but his first on a major label.

But it’s not really surprising for Simpson — though he’s sung about it, he never quite followed that “Long White Line,” and his last album, Metamodern Sounds in Country Music, was devoted to love as our eternal savior. There are many poignant offerings to his child on A Sailor’s Guide to Earth, from life lessons to brutal apologies, but “All Around You” is perhaps its most perfect gift — not just to a son, but to anyone who happens to listen. Ushered in by horns courtesy of the Dap-Kings, it’s a ballad to guide through the darkest days — a reminder that even once his physical body is gone, the bond of family is eternal. Though he’s too coy, and too much of a universal poet, to ever mention exactly whom he’s talking to, because that burning heart can be anything, for anyone. A father, a mother, a lover, a God. Even when it beats to a stop like the pulse that closes out the song — the same pulse that, mind you, leads straight into another.

Because that’s the risk of any great love — by definition, it will one day be gone. On “All Around You,” it lingers, through the wail of a horn, Simpson’s deep, steely vocal, and a universe promising that anything worth loving in the first place will really stay alive above, around, and inside all of us. You don’t need to be a parent to understand that lesson — just a child.