TEN QUESTIONS FOR… The Get Down Boys 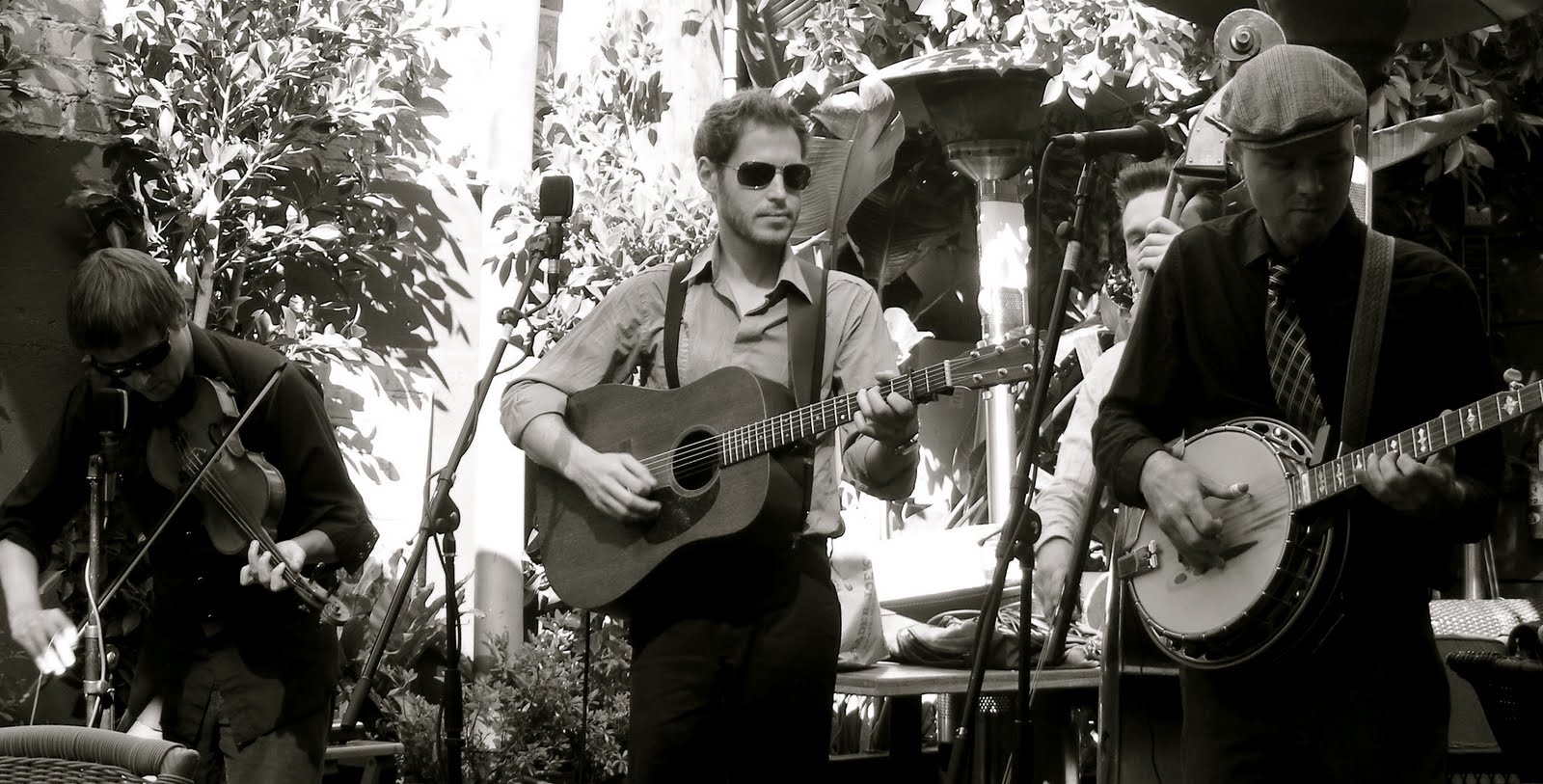 For BluegrassLA’s inaugural interview, I knew of only one band who could possibly kick things off… THE GET DOWN BOYS.  This LA based traditional bluegrass quartet have been taking the city (and beyond) by storm.  The first time I saw them live was opening at the LA Bluegrass Situation in April– they immediately reminded me of The Steep Canyon Rangers (before they were backing up Steve Martin) who I would often see play The Cave in Chapel Hill in their early days.  And if their recent, local success is any indication of where they’re headed, well… let’s just say things are looking pretty damn good.  I met up with Andy Keathley, Matt Bruer and Evan Winsor at Liquid Kitty on Pico last week (the band also includes mandolin/fiddle player Bud Dillard)… here’s what they had to say…

WHAT IS YOUR ORIGIN AS A BAND?  WHY BLUEGRASS?

Andy:  Evan, Matt and I went to Berklee–but it’s not like we were a band there.  Matt and I didn’t even know Evan there.  We all moved to LA separately and found this underground bluegrass scene.  Eventually some of us started playing together through the BASC (Bluegrass Association of Southern California) jams.  I got a call from Calamigos Ranch [in Malibu]–they needed an act and I suddenly needed a band.  We played there every Sunday, and it really allowed us to build a solid repertoire.  By Summer 2010, we’d started playing at clubs, venues, weddings, wakes, parties– you name it, we’ve played it.

WHAT BROUGHT YOU TO LA?

Evan:  I had a lot of friends here from Berklee already.

Matt:  I actually moved out to pursue film composing.  I’m not doing that anymore.

CAN YOU DESCRIBE YOUR MUSIC AND MUSICAL INFLUENCES?

Evan:  Oh my GOD yes T. Bone Burnett.  But what Bela Fleck is for bluegrass and music in general, we’re trying to be here in Southern California.

WHAT ARE YOUR FAVORITE VENUES TO PLAY IN LA?

Andy:  I think the best so far was definitely the Grammy Party at Village Studios with the Secret Sisters.  And Topanga Banjo and Fiddle Fest a few weeks back [NOTE: Andy won Best Backup Guitar at this year’s festival].  Around here, Liquid Kitty really helped get us started.  They really gave us a chance, even though they’d never had a bluegrass band play before.  So that’s one of our favorites.  But also places like The Basement Tavern  and Enterprise Fish Co. in Santa Monica are great.

IF YOU WEREN’T BASED IN LA, WHERE WOULD YOU LIVE?

Matt:  Colorado.  Colorado has a great bluegrass scene right now.  But if we went somewhere else–someplace like Nashville–the talent level is so high and there’s lots of competition compared to LA.  But one long term goal is to travel and play in Europe.

IF YOU COULD GO BACK TO ANY DECADE, WHAT WOULD IT BE? 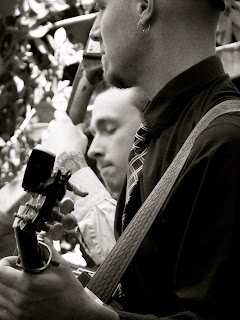 Evan:  Probably the 1930s–right before WWII.  There were so many amazing musicians in the midst of the Depression and everything else, plus a musician in a club back then was a 7-day a week job–there was no jukebox or DJ.

Andy:  This might be nerdy–but if I could be following Phish in the Nineties rather than when I was in gradeschool…. yeah.

WHAT IS YOUR DRINK OF CHOICE?

WHAT ARE YOUR CURRENT OBSESSIONS?

Andy:  The new Strokes record.  Fleet Foxes.  Local Natives.  Anything on KCRW–we are major KCRW fans.  And a girl.

WHAT WOULD BE YOUR LAST MEAL IN LOS ANGELES?

Matt:  East Wind in Culver City.  I don’t even know if I could decide what dish to get.

Andy:  Any food truck.  Tacos?  What ever truck is there.  Whatever one happens to be outside Liquid Kitty.

ANY PLANS TO RECORD?

Matt: It is happening–it’s getting there–but it’s taking its own time.

The Get Down Boys play Topanga Banjo and Fiddle Fest 2011