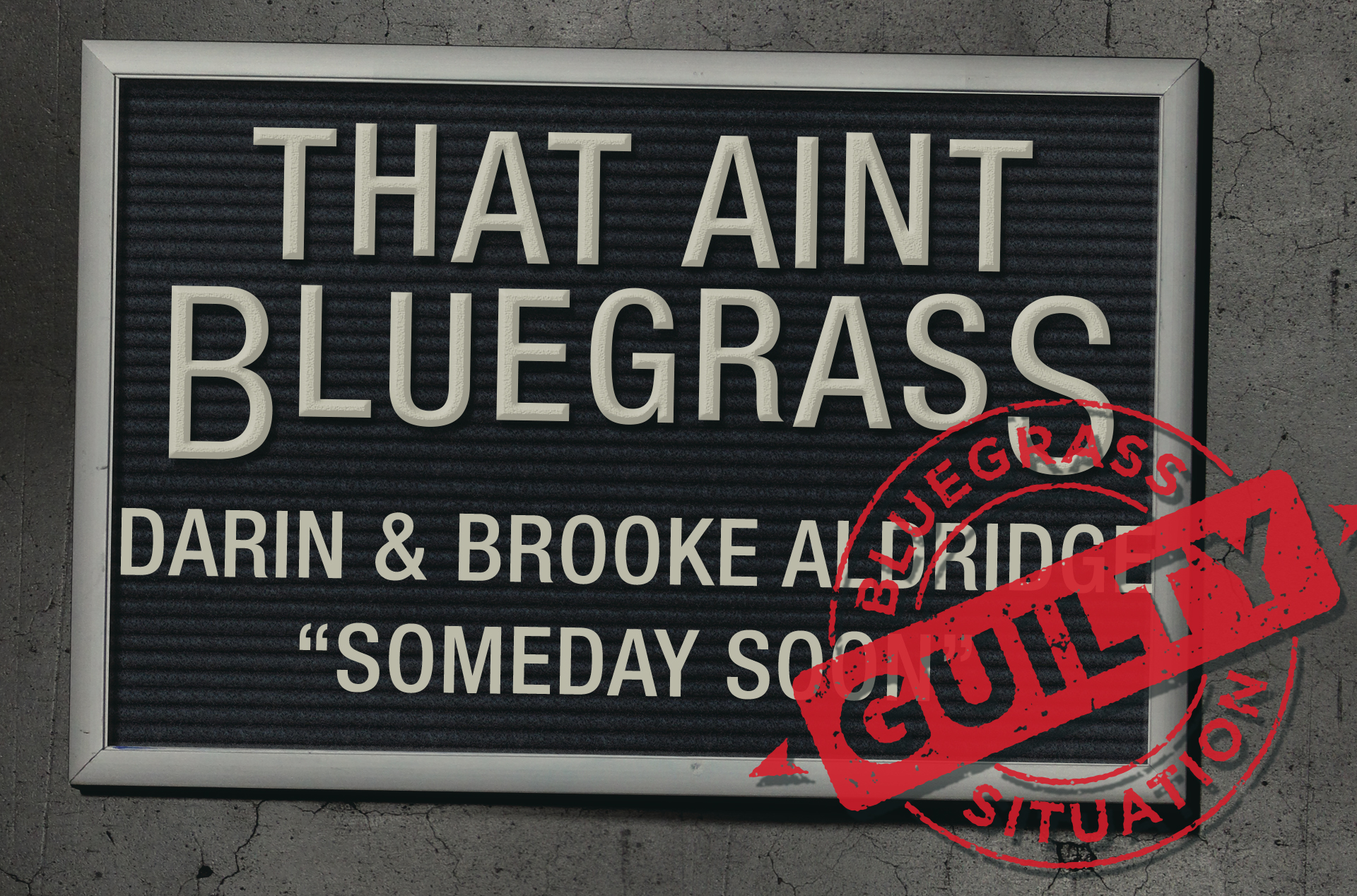 When did you first hear “Someday Soon?”

Darin Aldridge: It’s one of the tunes that Brooke and I have been doing in the living room around our house, as we just sit around playing, coming up with tunes. [Laughs] Suzy Bogguss was probably the first for both of us. We were in Sarasota, Florida, about a year-and-a-half or two years ago with John Cowan — we’ve been on tour a lot with him lately. And the Nitty Gritty Dirt Band, some of those guys were down there. We were just soundchecking, and Brooke started singing the song as a vocal check. And they all asked if we would do that song that night. We started doing it from there.

What was your process for arranging it and putting it together?

We kept it in the same key for her. It sang really well. The chords are so beautiful in it the way Ian Tyson wrote them, so we thought, “Why change anything that’s not really broken?” She does hold out a part of it toward the end. It’s such a good note for her. And that’s different from any other versions of the song. We arranged it with the band we would be performing live with, so it would have the fiddle and guitar break. Dobro was in our band, at the time, so that’s how we had that in there.

It’s been a tradition since the beginning of bluegrass for artists to take songs from outside of the genre and turn them into bluegrass songs. Why do you think that is?

I think that as people in different genres and different eras — say the ‘60s til now — people just play music that they enjoy, writing they enjoy. I got to be a part of the Country Gentlemen in the last decade or so that Charlie Waller was alive. They were probably known as the first bluegrass artists to really be reaching out in the ‘60s, doing a lot of folk tunes, a lot of rock songs, like things from the movie Exodus and so forth. That trickled down through the decades. If it’s just a good song, it’s hard to keep down, and I think that’s what keeps a lot of the music fresh. Even Monroe ventured into some of the bluesy music, so did Flatt & Scruggs, to keep along with the times. Different artists just picked things that they enjoyed or spoke to them.

What’s your favorite thing about performing this song?

Probably the crowd response. It speaks to a lot of new folks listening to it the first time, then you get the older generation that have heard it from the hit by Judy Collins in the ‘60s, or from Suzy Bogguss’s hit — people who are 40 or 50 years old remember that from the ‘90s. It’s a good crowd favorite. We got to perform it on the Grand Ole Opry this year, when we debuted, and it got a great response. It’s just been a wonderful song. It’s up for IBMA Song of the Year. It’s been number one for us on the Bluegrass Today chart, Roots Music Report, and, I think, Bluegrass Unlimited.

[Laughs] ‘Cause it don’t have a banjo in it! I see it from both sides. Considering bluegrass the way Monroe and them played it in 1946 with that instrumentation — that’s ground zero for bluegrass. This song doesn’t have banjo in it, but it’s got soul, it’s got instrumentation of bluegrass, and of course wonderful singing. It’s hard to keep that down. It can crossover to whatever. It’s not too far from Suzy’s version of it or mainstream country and it’s hit a lot of country radio.

That’s a hard question, you know? If it’s bluegrass or it’s not. I think it’s people’s opinion about what they enjoy and that opinion is growing wider and wider, which makes the music grow. Why not let them fight over what they think is and isn’t bluegrass? That’s why they make CDs and downloads, so you can choose yourself, I guess? [Laughs]