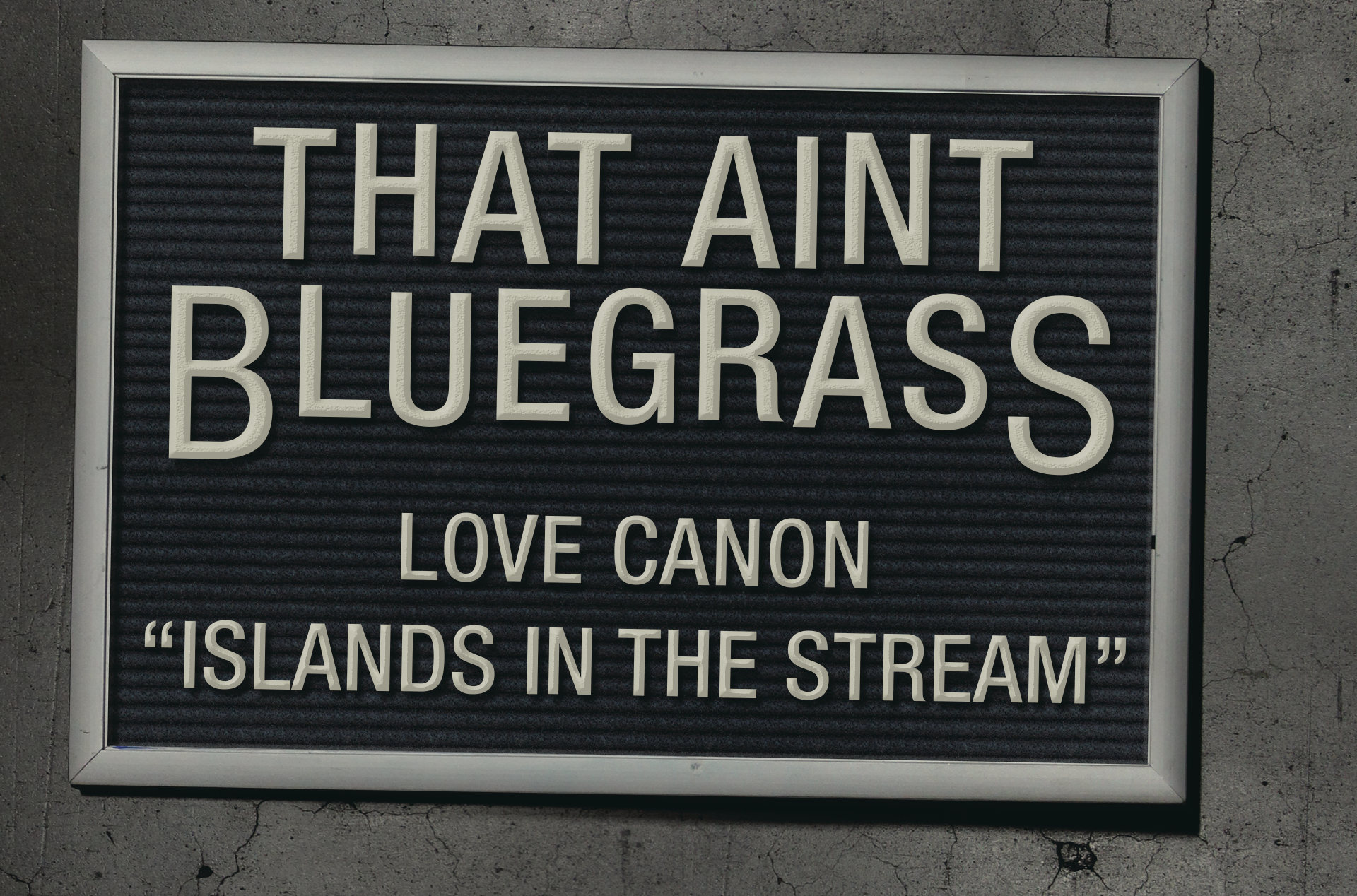 My first question is normally, “Where did you first hear the song?” But with a song as ubiquitous as this, how could anyone actually recall when they first heard it? So, maybe a better question is: How did you all decide that this was a song you wanted to record?

Jesse Harper: I’ve always loved the song, for as long as I can remember, but at a truck stop somewhere we got a Bee Gees greatest hits record and there was a live version of “Islands In The Stream” on it. I was like, “This is ridiculous! Why would the Bee Gees cover a Dolly Parton/Kenny Rogers number?” When we looked it up, it was Barry Gibb and his brothers who wrote the tune and he produced Kenny Rogers’ record, brought Dolly in on it, and pitched the tune to Kenny. It was the Bee Gees that brought the song back to my memory.

I worked it up when I was teaching at a fiddle camp in the summer, on an island, and it just happened that my friend Lauren Balthrop, who sings it with me [on the record], was on this island. I wanted to sing the song as a camp sing-along, because I was teaching a vocals/choir class and she was helping me out. I brought it back to the [band], like, “Man, this is an ‘80s hit, let’s do it.” That’s how it all came about.

What makes this song a good bluegrass song — or a good fit for bluegrass instrumentation?

There’s not much of a departure, music-wise, from what they had. The things that usually work about a song are whether or not we can transcribe the parts and work them out on our instruments. When we get into a song, we put it under the microscope and find every little detail. We try it on every instrument to see which should play which part. This one, in particular, there weren’t that many parts to it; the vocal part is what stands out. It’s more of a bluegrass jam than a lot of things that we do, towards the end of the song and it was more about the chords and the melody than the parts. In certain songs where there’s an instrumental hook, or a synth part — or think about “Africa” [by Toto] and how many parts are immediately recognizable. This tune, the recognizable part is the chorus and its melody.

One of the differences to our approach is that bluegrass music is typically a [2/4 time] feel or a waltz feel, and there’s a scripted role for every instrument, but we approach it with the instruments we already have and the music that already exists and the roles just need someone to fill them. Rather than just taking the chord structure and make it bluegrass, we take all the music that’s there and figure out how to deal with it. It always feels cheesy to me to take a song and just turn it into a bluegrass feel. “Boom-chick” works for disco, maybe, but it wouldn’t work for any of the other feels that we do.

Exactly. So I wonder how what Love Canon does follows that tradition — and why do you think this tradition still exists today?

I think that it goes beyond bluegrass. I would say that all musicians who are involved or dedicated to the craft of learning their instrument will almost always have to learn a piece, like in classical music — classical music is almost exclusively covers. The London Philharmonic, for example, is really a cover band, if you think about it in those terms. Jazz groups that are playing standards, well, standards are just covers. They’re tunes that become vehicles for improvisation. Bluegrass music and acoustic music that uses bluegrass instrumentation deserve to be elevated to the place where jazz and classical are, because of the technical aspect that’s required.

If you watch Bryan Sutton or David Grier play the guitar it’s every bit as impressive as seeing Eliot Fisk, or some amazing classical guitar player. It takes a lifetime of dedication to the craft. Or you see Béla Fleck play the banjo, or Jim Mills, and you realize, “Man that takes a lifetime of learning that craft.” I feel that ‘80s music is worthy of being played on these instruments. The melodies are great, the compositions are great. When we dig into the actual tune, as students of music, there’s so much amazing information, harmonically, in the chords and the melodies, that are sort of lacking in radio music right now. The popular music of today is not what it was in the ‘80s. What I wanted to uncover through what Love Canon — canon of course, being a body of work —  is, “We are studying the canon of this particular era.” There were just some great songs!

Similarly, “Islands In The Stream” is a great piece of music with great lyrics and a great chorus. That’s worthy of being studied by any serious musician, including bluegrass musicians.

What’s your favorite thing about performing it live?

Watching people unable to sing the verses, but as soon as the choruses come around, everybody knows it. It’s like, everyone remembers it, but they don’t know why they remember it. It happens with a lot of the songs we play. “Break My Stride” by Matthew Wilder is a perfect example. Nobody knows what the hell is going on. They’re like, “Why do I know this?” And if you look at their faces, they’re like, “Aaaah, I know what this is? I know what this is?” Then as soon as the chorus comes, they throw their hands in the air and they know all the words.

I mean, I know that it’s not. Absolutely it’s not bluegrass. One response I have is that I love the old bluegrass. I love J.D. Crowe, I love Ricky Skaggs. I listen to that music incessantly, but I’m not Ricky Skaggs and I’m not J.D. Crowe. And I’m never going to be them. It’s never going to happen, no matter how much I want it to. The best I could do would be equivalent to me putting on a fake British accent right now. So the best thing for me to do is to use the voice that I have and play the music that I’m… you know, decently prepared to play.

I remember sitting at a festival not far from where I grew up — I could ride my bike there from my house as a kid. This festival is more traditional and I remember seeing Nickel Creek there years and years ago and there was a woman seated in front of me who turned to the person seated next to her and said, “They’re good, but I hate it.” [Laughs] I dunno if you’re going to win that conversation. Maybe the problem extends wider, into our entire culture, but it doesn’t do me any good to have that argument. I usually just say, “Yeah, it’s definitely not bluegrass.”