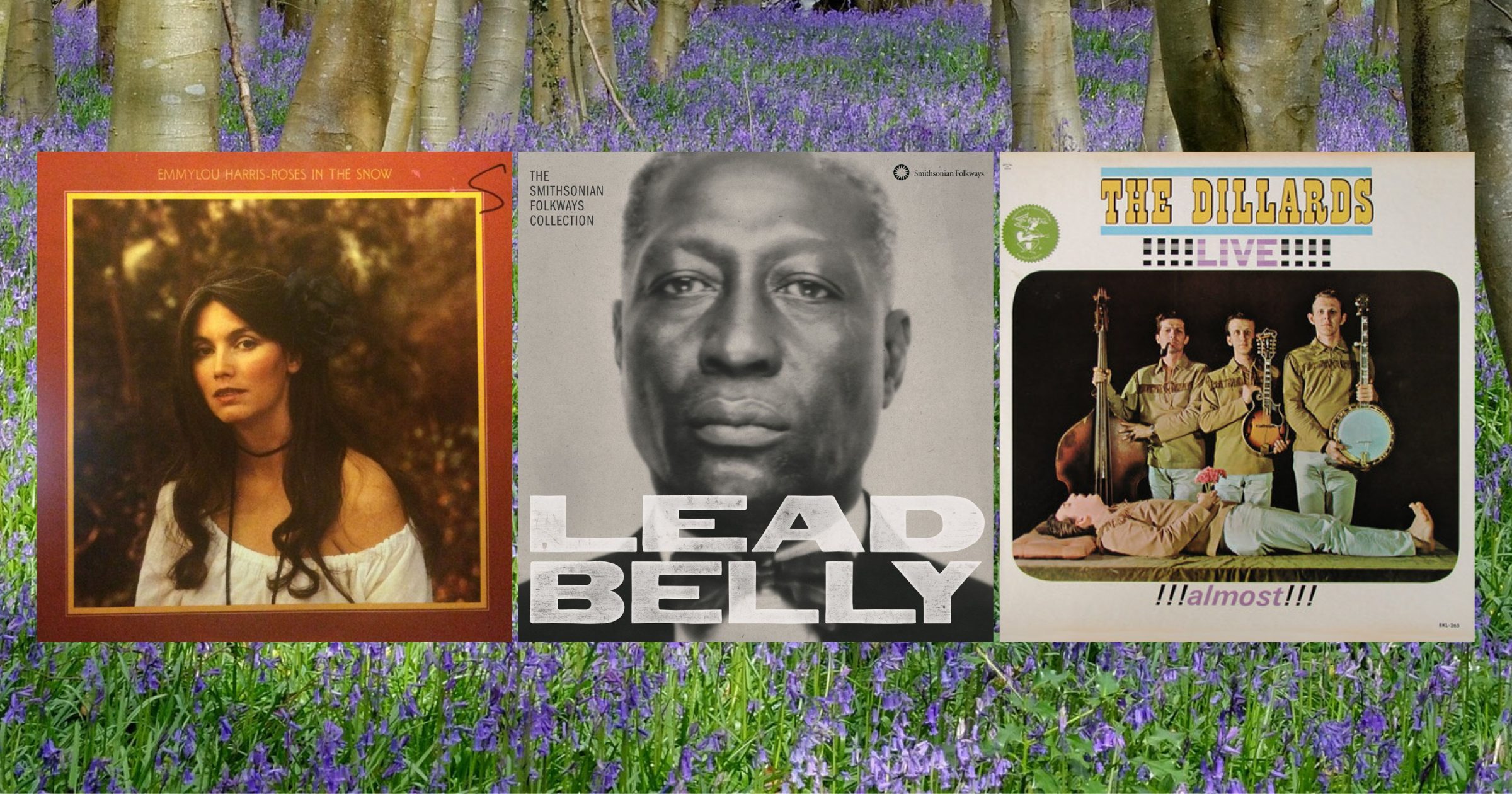 We hope, wherever you’re reading this from, that snow, frost, and the cold are truly retreating, giving way to longer days, warmer weather, and the gorgeous, humid, cicada-soundtracked days of summer. But, before we get to full-blown bluegrass season – and, hopefully, our first live music forays since COVID-19 shut the industry down in early 2020 – let’s take a moment to intentionally enjoy spring with these 12 bluegrass songs perfect for collecting a wildflower bouquet, romping and frolicking in the meadow, and pickin’ on the back porch while the evenings are still cool.

A classic via Lost & Found, bluegrass certainly does not lack metaphors and analogies for love built around spring and the flowers re-emerging – see “Your Love is Like a Flower” below – but this somewhat melancholy track is an exceptional example of the form. And that banjo solo by Lost & Found founding member Gene Parker will stop you dead in your tracks.

“There Is a Time” – The Dillards

Famous for the rendition sung by Charlene Darling of the ever-popular Darling family on The Andy Griffith Show, this haunting, seemingly timeless folky melody from The Dillards – who also played members of the Darling clan – cautions, “…Do your roaming in the springtime/ And you’ll find your love in the summer sun.” The suspensions in the banjo roll linger on the minor chord, echoing this sentiment and categorizing spring not by its own, shining qualities, but by the darkness in winter and fall. A true classic.

A staple of impromptu pickin’ parties and jam circles, “Little Annie” is properly ensconced within the bluegrass canon, but is infused with new life in this application by Tuttle’s lead vocal, a slight queering of the lyric that’s perfectly at home in the hands of this veritable supergroup, assembled by D’Addario at Folk Alliance International’s conference in 2018.

Laurie Lewis is effortlessly, archetypically bluegrass even, if not especially, in applications that infuse other genres into the music, like this Tex-Mex flavored, twin fiddle arrangement of “Texas Bluebonnets” that truly never gets old. Yes, that’s Peter Rowan and Sally Van Meter guesting, and Tom Rozum jumping onto lead during the choruses so Lewis can utter the tastiest tenor harmony vocal. Stick around for the Texas double-fiddle break and do yourself a favor and bookmark the track for easy reference. You’ll be returning to it often, as this writer does.

The birds returning in spring are a sure sign of the seasons changing and the warm weather returning, though the whippoorwill’s role in folk music has always been as a bittersweet harbinger, never quite viewed without at least some semblance of suspicion, perhaps an acknowledgement of the whippoorwill’s mournful tendency of singing long into the dead of night. This recording of “The First Whippoorwill” is a tasty example of Monroe’s iconic high lonesome sound, with acrobatic breaks into entrancing falsetto woven into the harmonies.

“Sitting on Top of the World” – Carolina Chocolate Drops

Whether you know this common blues, old-time, and bluegrass number from the Mississippi Sheiks, Doc Watson, John Oates, the Carolina Chocolate Drops, or any other of its many, many sources the fact still stands: Don’t like peaches? Don’t shake the tree. Demonstrably a song for spring, summer, and beyond.

“Roses in the Snow” – Emmylou Harris

Though BGS calls sunny southern California home – and BGS South is relatively temperate and mild in Nashville, TN – we know there are climes across this continent where spring promises snow as reliably as thaw. Emmylou Harris released her iconic bluegrass album in 1980 and its title track is another homage to love bringing warmth, newness, and growth even in the cold: “Our love was like a burning ember/ It warmed us as a golden glow/ We had sunshine in December/ And grew our roses in the snow…”

“Each Season Changes You” – The Osborne Brothers

Love is as fickle as the breeze! There’s a small irony in the song’s central conflict, that the singer’s love changes their mind as often as the seasons change – which, when taken whole, seems like a much more stable, predictable love than most? Even so, and done in so many different iterations, the central metaphor still holds, forever baked into the vernacular of these folk musics.

“One Morning in May” – Jeff Scroggins & Colorado

If you’ve been a bluegrass fan over the past five to ten years and you don’t immediately hear Greg Blake’s voice singing “One Morning in May” whenever it pops into your head, something must be awry. During Blake’s stint with Jeff Scroggins & Colorado, this spring-centered track was a highlight of their live show, a clean, modern rendering of what’s a properly ancient folk lyric. Lost love, war, nightingales, and yes, springtime – it has everything!

Perhaps the song that defines the form. Flatt’s languid, lazy phrasing seems to underline the leisure of spring that grows into the laziness of summer. The rhythm of love, tied to the seasons and the budding blooms. Another timeless sentiment, distilled into a favorite, stand-by bluegrass number.

“Springtime in the Rockies” – Lead Belly

You know the film and the country hit, but have you heard Lead Belly himself tell the story of hearing the tune from “Gene” coming by and playing him some music? Worth a listen and worth inclusion on this list, which would suffer if it didn’t include “When It’s Springtime in the Rockies” in one form or another!

Processing grief and loss through the ever- and unchanging seasons is a common thread through rootsy songs about spring. This more recent recording from powerful North Carolina bluegrass vocal group Balsam Range hearkens back to springy, ‘grassy numbers from across the ages – its intermittent banjo licks a call back to Jimmy Martin’s “world filled with flowers” in “Ocean of Diamonds.”

Background photo by velodenz on Foter.com