That Ain’t Bluegrass: The Grascals 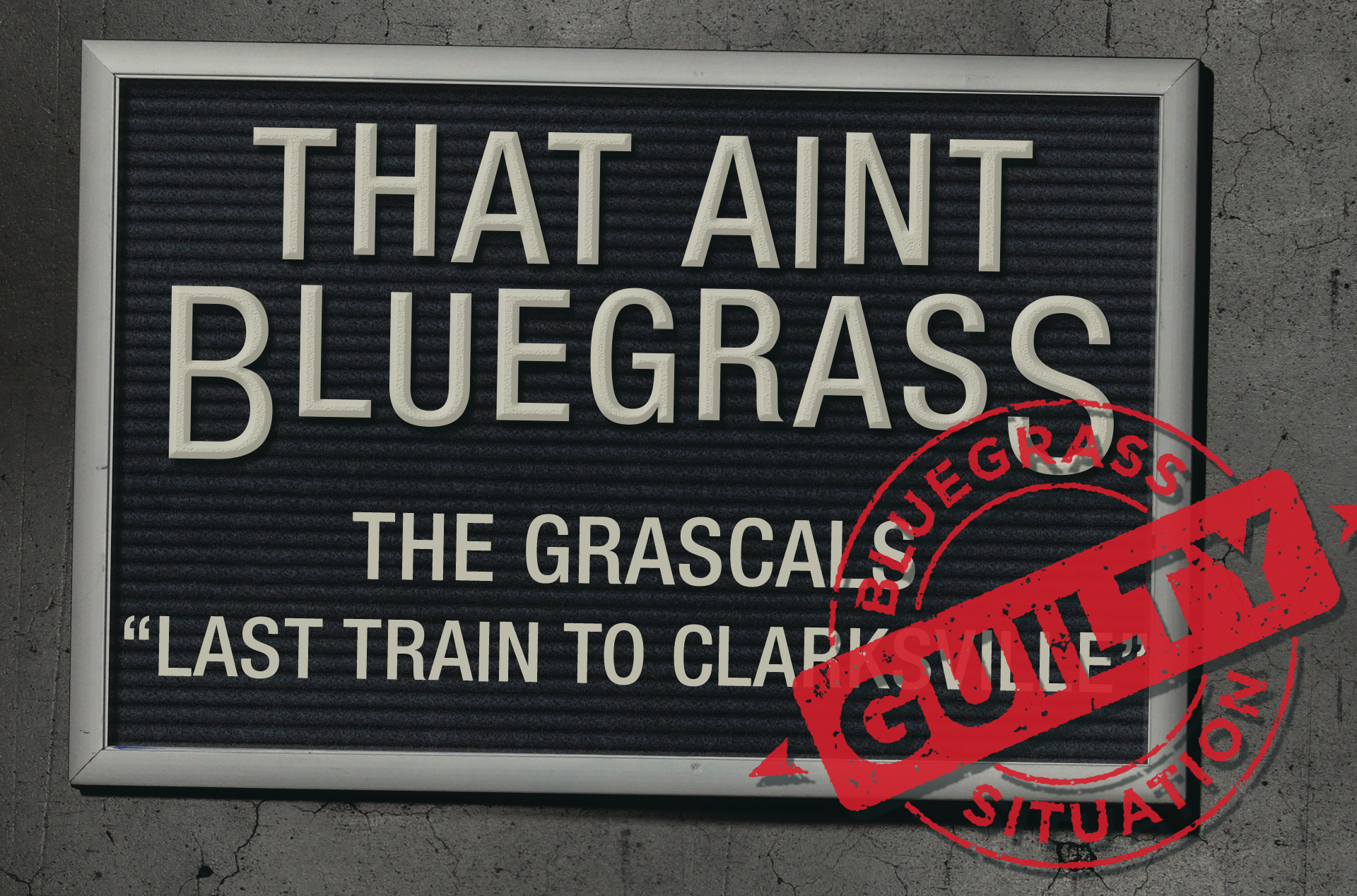 Where did you all first hear the song?

Danny Roberts: The Monkees. [Laughs] Of course, all of the guys in the Grascals were big Monkees fans when we started the band. It’s just one of those things: The first record we did, we covered Elvis with “Viva Las Vegas” and we’ve done several of those types of things, we did Elvis’s “Mystery Train.” We decided we’d do the Monkees’ song on there and, when we started playing it, it made such a great bluegrass cut. It was a no-brainer. At the time we did it, I didn’t realize that Jim & Jesse cut it way back in the day. None of us had ever heard their cut of it; we didn’t even realize they had done it. We just loved the song and decided to cut it and, boy, it came out so nicely. We were happy with the way it worked out. It made a really strong music video — the people that did the video wanted to make it like the Monkees did — the way they did the video with that sped-up film looking thing. We just had a blast doing that, too. That song has been really good for us. It’s still probably one of our most-requested songs at shows.

What, in particular, made you think it could be a good bluegrass song?

Well, the tempo of the song. A lot of times, when we did a cover, we didn’t want to do something that you had to double-time the tempo. Like “Viva Las Vegas,” the tempo of that fit to play it bluegrass-style at the same tempo that they cut it. It was the same thing — the tempo just fit perfectly, locked right in for the bluegrass instruments. The banjo roll fit it perfectly and the mandolin chop, too. The second we started playing it we were like, “Hey, this one’s gonna work.” As soon as you get playing it, you pretty well know with just a run through a time or two if it’s going to work out. That one felt natural from the get-go. We knew we were going to have to work it up. Fortunately, everybody else liked it, too!

Bluegrass artists — for instance, you mentioned Jim & Jesse covered this song in the past — have this tradition of taking pop songs and turning them into bluegrass covers. Why do you think that is?

I think when Jim & Jesse started doing it, they were trying to push the envelope, trying to get their music heard by more people and outstretch. I think for us, rather than trying to push the envelope, it was more of a nostalgia thing. With the Elvis songs and the Monkees, it was stuff we grew up hearing as kids, music that we liked. The Grascals, when we started the band, we never looked at it as, “We’re going to try to do a certain type of music. We only cut this type of song.” We said from the very beginning, when we cut songs, we just want to cut songs that we like, music that the band as a collective enjoys. That’s basically what we’ve always done. Of course at that time, myself, Jimmy Mattingly, David Talbot, and all of us guys had grown up hearing the Elvis stuff and most of us had watched the Monkees’ television show. We feel like, if it brings that nostalgia back to our minds, it will put a smile on a lot of people’s faces when they hear it. All the bluegrass fans, pretty much, listened to that stuff when they were younger, too. I think it gives everybody a feeling of fun. That’s one of the things we enjoy: When you come to a Grascals show, we want you to have a good time. Hopefully we’re going to do material that hits all of the corners and lets people enjoy the ride we’re giving.

[Laughs] Well, it’s bluegrass, if we’re doing it bluegrass! What is bluegrass? [Laughs] I’ve heard that so many times. It’s so funny. We’ve done so many things with country artists. When we opened for Dolly, Hank Jr, and different folks, we would say, “How many folks out there have heard bluegrass?” It’s amazing how very few people would raise their hands. Afterward, we always would go out — the big stars never went out — and sign autographs and talk with people. Person after person would come up and say, “You know, I don’t like bluegrass, but I love what you guys are doing.” And we’d say, “Guess what? You just heard a bluegrass set! You do like bluegrass!” That’s what we are and we’re pretty darn traditional, too. We’re not one of the jam band-type things. We’re fairly down-the-line traditional ‘grass. People just loved it. If people would give it a chance, it’s infectious. You know that’s how we all fell in love with it.