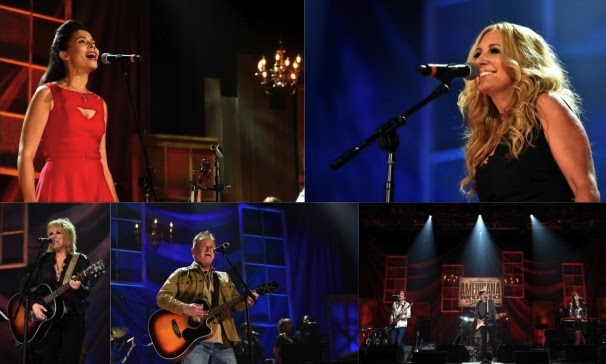 Sturgill Simpson and Lucinda Williams were big winners at this week's Americana Music Association Honors & Awards. Check out the full winner's list below.

Artist of the Year: Sturgill Simpson

Duo Group of the Year: The Mavericks

Song of the Year: "Turtles All The Way Down" Written by Sturgill Simpson

Instrumentalist of the Year: John Leventhal

Spirit of Americana/Free Speech in Music Award co-presented by the Americana Music Association and the First Amendment Center: Buffy Sainte-Marie

• Listen to a new track from Donnie Fritts at Rolling Stone.

• Check out Rolling Stone's photos from backstage at the Americana Awards.

• Sharon Jones announced that her cancer has returned. [Pitchfork]

• Now you can finally hear Ryan Adams cover "Bad Blood" in its entirety.