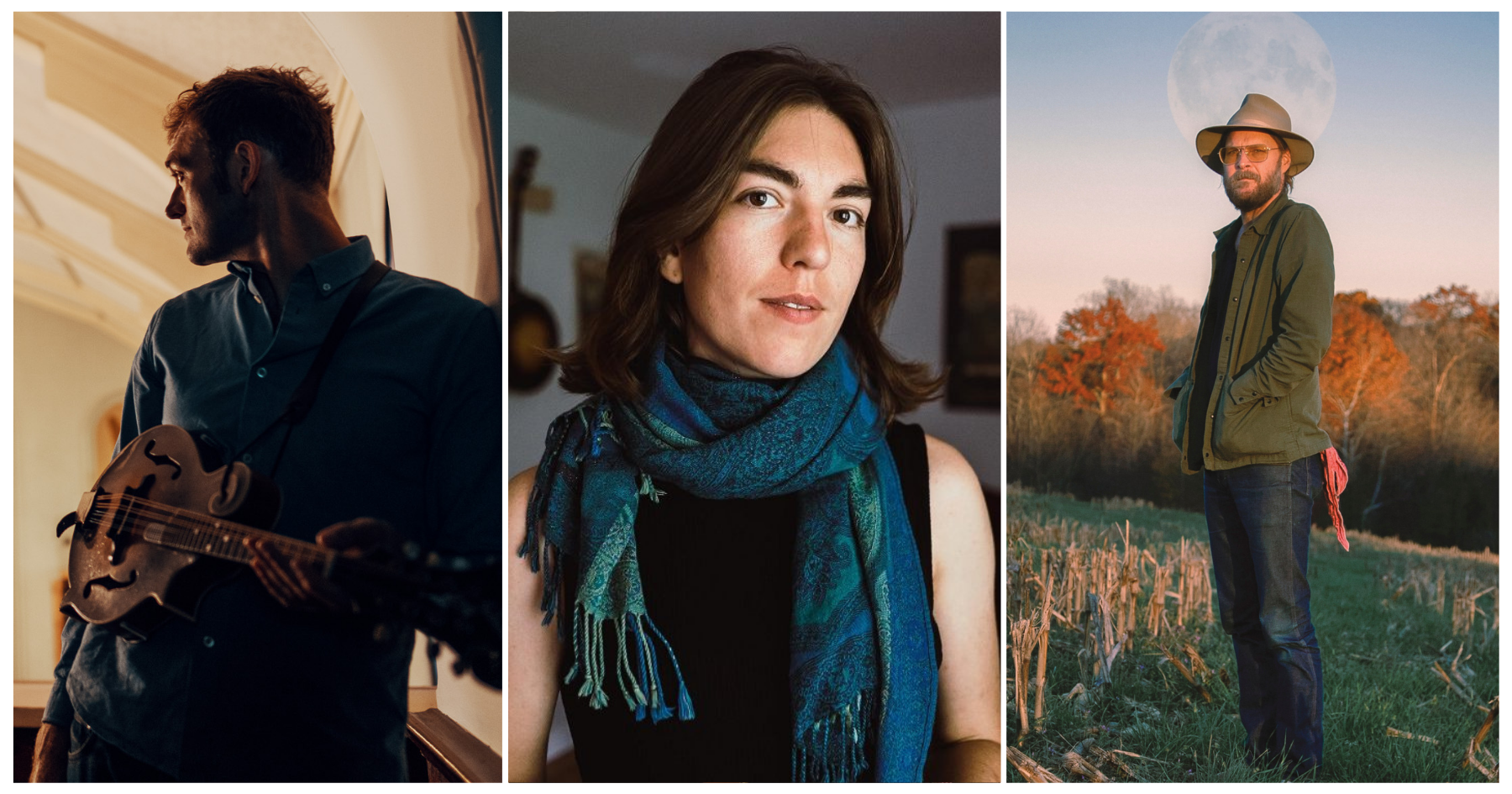 Welcome to the BGS Radio Hour! Since 2017, this weekly radio show and podcast has been a recap of all the great music, new and old, featured on the digital pages of BGS. This week, we bring you new music off of the beautiful new album Quietly Blowing It from Hiss Golden Messenger, as well as new music from Chris Thile, Maya De Vitry, and many more! Remember to check back every week for a new episode of the BGS Radio Hour.

Nefesh Mountain – “Somewhere On This Mountain”

BGS caught up with Nefesh Mountain on a recent 5+5, where the duo shared a mission statement for their career: “Invent, inspire, repeat!” They also told us about their favorite onstage moment and about the artists that have influenced them greatly.

Beta Radio – “I Need My Prayers”

Beta Radio’s new track, “I Need My Prayers,” was a surprise to Benjamin Mabry when he wrote it within 15 minutes. In speaking about the song’s meaning, he told BGS, “I was in a mental and spiritual place of needing something to hold onto, I felt like I had lost all my footing in the world and didn’t know where to turn. And a lot of personal things felt like they were falling apart. So… I guess I just needed my prayers.”

Maya De Vitry’s “Working Man” was inspired by the creation of railroads in the United States, and more specifically, how the men who physically laid down the tracks are often not the ones credited with building them. This led her to reflect upon the people in our society who are overworked, underpaid, and overlooked, which ultimately helped her write “Working Man.”

In speaking with BGS recently about “Time Won’t Tell,” Rory Feek shared how he first heard this song, and how it has become even more special to him after his wife’s passing.

Wilson Banjo Co. – “When The Crow Comes Down”

Wilson Banjo Co. co-wrote “When The Crow Comes Down” with acclaimed Nashville songwriter Jordan Rainer. The song features a “spooky theme” and pure Appalachian tone, and has a wonderful music video to accompany it.

Chris Thile has long woven religious themes into his songwriting, but never so much as on his new album, Laysongs. When we asked him if he enjoyed talking about religion outside of his art, Thile stated that it’s always been an instinct of his to intertwine what he’s thinking about with religious imagery. “Ecclesiastes” expresses the depth of Bible verse Ecclesiastes 2:24 instrumentally, which Thile did purposefully. In his words: “What language is incapable of properly expressing, instrumental music steps up and says, ‘I got this.’”

“Glory Strums (Loneliness of the Long-Distance Runner)” comes from Hiss Golden Messenger’s latest album, Quietly Blowing It. Recorded in the summer of 2020 in Durham, NC, Quietly Blowing It reflects a joyful spirit that combines N.C. warmth with an LA glow.

Phil Leadbetter – “I Will Always Love You”

When Phil Leadbetter first heard Dolly Parton’s “I Will Always Love You” live, he was blown away. Years later in 2010, he recorded the track with his Scheerhorn guitar, but it was ultimately lost after some time. However, when Leadbetter recently found the track, he knew it would work perfectly for his new collection of resophonic guitar songs, Masters of Slide: Spider Sessions.

Mason Via’s “Big City” is what he calls, “a personal hillbilly mantra of sorts,” and it’s the first single off of the American Idol contestant’s debut album with Mountain Fever Records.

This Duos of Summer feature, “Ten Degrees of Strange,” comes from Robert Macfarlane and Johnny Flynn’s recent collaboration, Lost in the Cedar Wood. A week into lockdown, Macfarlane, a Cambridge University academic and bestselling author, reached out to his good friend and musician, Johnny Flynn, asking if he would like to write a song together. In speaking about working with Macfarlane and writing during the midst of the pandemic, Flynn said: It started as just a song, and then it became a few songs… but it held me in place and kept me from completely spinning out.”

Joe Mullins & The Radio Ramblers – “Living Left to Do”

In the words of Joe Mullins, “‘Living Left To Do’ is about enjoying our calling, celebrating God’s goodness, and the blessed assurance of life eternal. We’re ready to live, love, laugh, and have a lot more to do!'”

Lea Thomas’ “Hummingbird” was inspired by a dream she had, in which she turned into a white wolf and ran across the countryside, taken aback by the beauty and interconnectedness of life.