The Black Lillies Branch Out on ‘Stranger to Me’ 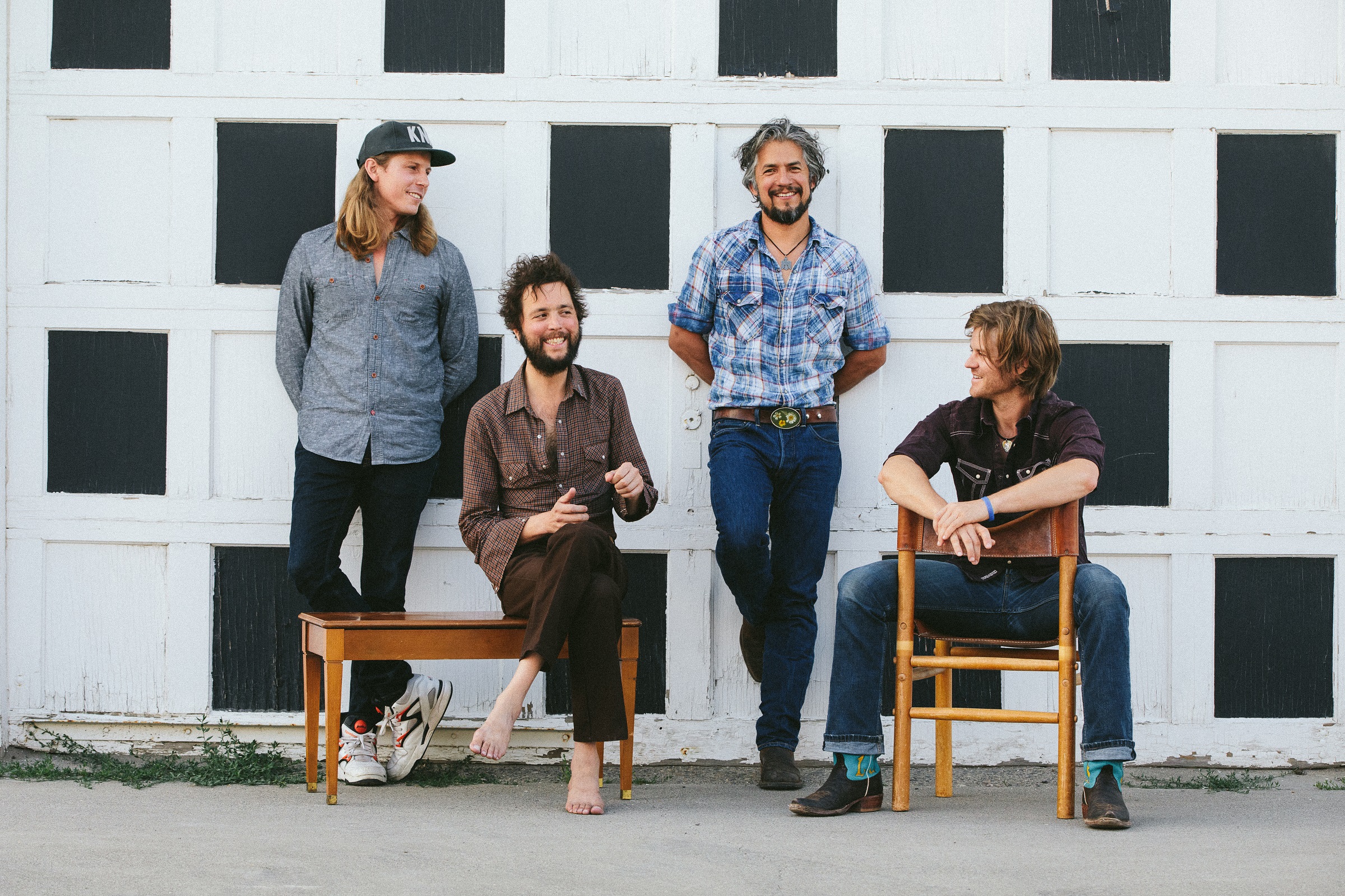 The Black Lillies have taken a turn with Stranger to Me, a compelling project that unveils a tight new lineup, a wealth of original material, and a surprising element of three-part harmony.

After a reshuffle of band members, the Knoxville, Tennessee-based band is now composed of founder Cruz Contreras, bassist Sam Quinn (the everybodyfields), guitarist Dustin Schaefer, and drummer Bowman Townsend. Although Contreras has long been the primary songwriter and vocalist of the Black Lillies, even that’s changed on this album. Quinn takes lead vocals on three tracks, while the album offers a number of songwriting collaborations from within the band. A subdued cover of Scott Miller’s “Someday, Sometime” closes the set – the first outside song to land on a Black Lillies album.

Following an afternoon AmericanaFest show in Nashville, Contreras pulled up a seat to chat with the Bluegrass Situation.

I think your fans will be especially interested in this record because of the lineup changes – now with four guys in the band.

Yeah, if there was ever a chance for us to present a new sound, a new look, this is it. Anybody who follows the band knows that this is a different lineup than in the past. And we want to take advantage of that and say we can do anything right now. Probably more than any other record, it felt like that. This is the perfect time to do whatever we’re inclined to do and not think about what we should do or what people expect. You know, we don’t have any traditional record deals; we’re years in. Let’s trust our instincts and go with whatever we’re doing here at the moment.

Were you surprised by the songs you wrote, where you were stretched to do something you hadn’t done before?

Yeah. I’m not speaking for every artist, but as a writer you can get in your comfort zone – “Oh, I’m writing, here’s the 50th song I’ve written.” And when you look at it, “Oh, it’s sounds like the last 49.” And what does it take to bust out of that? What for you might seem a scary step — it’s never as big a step as you think it is. …

There’s one song, “Midnight Stranger,” that we all wrote together. And we really set out to write a really trashy song. We had this disco groove. And we were kind of laughing at the lyrics when we wrote it. Bowman wrote a verse and Sam wrote some verses and when we got done I’m like, “Yeah, it’s trashy but it’s good.” And once you sing it and play it, you get over whatever hang-ups you had and it’s fun. Music is one of the last places now where you can really express yourself and not get stomped out. Now, for us, it sounds normal. It’s not middle of the road yet, but it could end up being.

And no guest musicians this time, right?

Yeah. The unseen fifth musician is our producer, Jamie Candiloro. He did play organ and some keys on the album. He got in there, and he was like, “Hey man.” He pointed at me and he was like, “Go play the B-3 organ over there. And I was like, “Dude, I can, but I don’t need to do that. You play it, just get on in there.” I always like having that wild-card fifth element in there. I know it’s understated but it perks up, like, “Oh, there’s something else in the room here.”

This experience was the band from beginning to end. From the writing through production and recording. Through the process we consciously said we want to do this on our own and not complicate it. Stay focused on the songs, on the lyrics, coming up with arrangements. I’m kind of nerding out on the process here, but something I had never really done – and this was Jamie’s approach – was we tracked the songs everybody live in one room together, all four of us. We picked the track and then we would go sing it all together.

How did that three-part harmony affect the mood and the feel of the record?

I think it’s maybe the definitive texture of the record. It’s what makes this project unique, and stand out. It’s what makes it valuable. It’s the power of the vocals. And we all know that and recognize that and that’s something that we want to continue to develop.

But I don’t want to overlook your drummer, Bowman, because he’s a beast on this record.

Yeah, he is. You know, a lot of it is a rock record. Playing rock drums like that, you’re not hiding behind anything. You’re creating energy and movement and dynamics and this real ride. He’s the youngest guy in the band but he’s also been with the group for a good five-plus years now. He’s really become the rock, and family. I’ve always thought of myself as having that responsibility, as being the bandleader, but I can count on him to really keep things solid.

He makes the set list now. He counts songs off. He’s really to a large degree designing the shows. That was a process. It was like, “Well, shoot, if you want to make a set list, try it.” And if it hadn’t gone well I’d probably be like, “Oh…” But it went well and it continually gets better. He’s developing that skill, that ability. He’s kind of like the manager that picks the starting lineup. There’s a whole skill to that. And it allows me to do all the other things I get distracted with.

I noticed you have songs with titles like “Earthquake” and “The River Rolls.” As you’re traveling and you’re looking at the scenery, does what you’re seeing inspire you?

Very much. I’m a … how do I say this? I grew up in a cabin in the woods in southwest Michigan and didn’t watch much TV and didn’t get to eat too much sugar – it was that kind of upbringing. I’m a nerd, you know, and I love nature and I love traveling. And I love the regionalism of music so I don’t separate music from any element of life whatsoever. To me, nature and science and people – it’s all extensions of music.

So inspiration can hit you at any time?

Do you get your best ideas when you’re out in the mountain ranges?

Probably. Let’s see, “Earthquake” was written in Crested Butte, Colorado. We were at a friend’s house on the edge of the wilderness there, at high elevation. “The River Rolls,” I wrote in Wrightsville, Pennsylvania, on the Susquehanna River, a mile-wide river there, a beautiful setting. I think “Out of the Blue,” which is also on the record, I wrote there. We’ve laughed about this – I’ve written more songs elsewhere than my home because we travel. We let that inspire us.

When you get back to Knoxville you have other things you have to do.

Yes. Be a dad, take care of things, check in with our manager, and get your health back together.

What’s always impressed me with your band is how dedicated your audience is to you.

Yeah, we’re very fortunate. It’s like, Why does that happen? How does it happen? I think it’s a combination of things. It is a reflection of the dedication we have to the music and the art. But it’s also an attitude, an energy, affirmation. I don’t know if you choose your audience. Maybe you can, maybe there’s a way to do that. The way I’m built, not so much. I’m just doing my thing, whoever’s into it – I hope somebody’s into it. But yeah, I don’t know if you choose that. Your audience tends to be somewhat of a reflection.

And if you’re in a good place, then they’re going to be in a good place. If you’re not, it can be tough. And so, this many years in, you have different records and different energies to the records. But I think it’s our approach and attitude – and also being personable with the fans. And creating this fan base that is now networking amongst itself. It’s kind of developing its own community, which is a pretty good feeling. It makes me feel like we can do this for a long time.