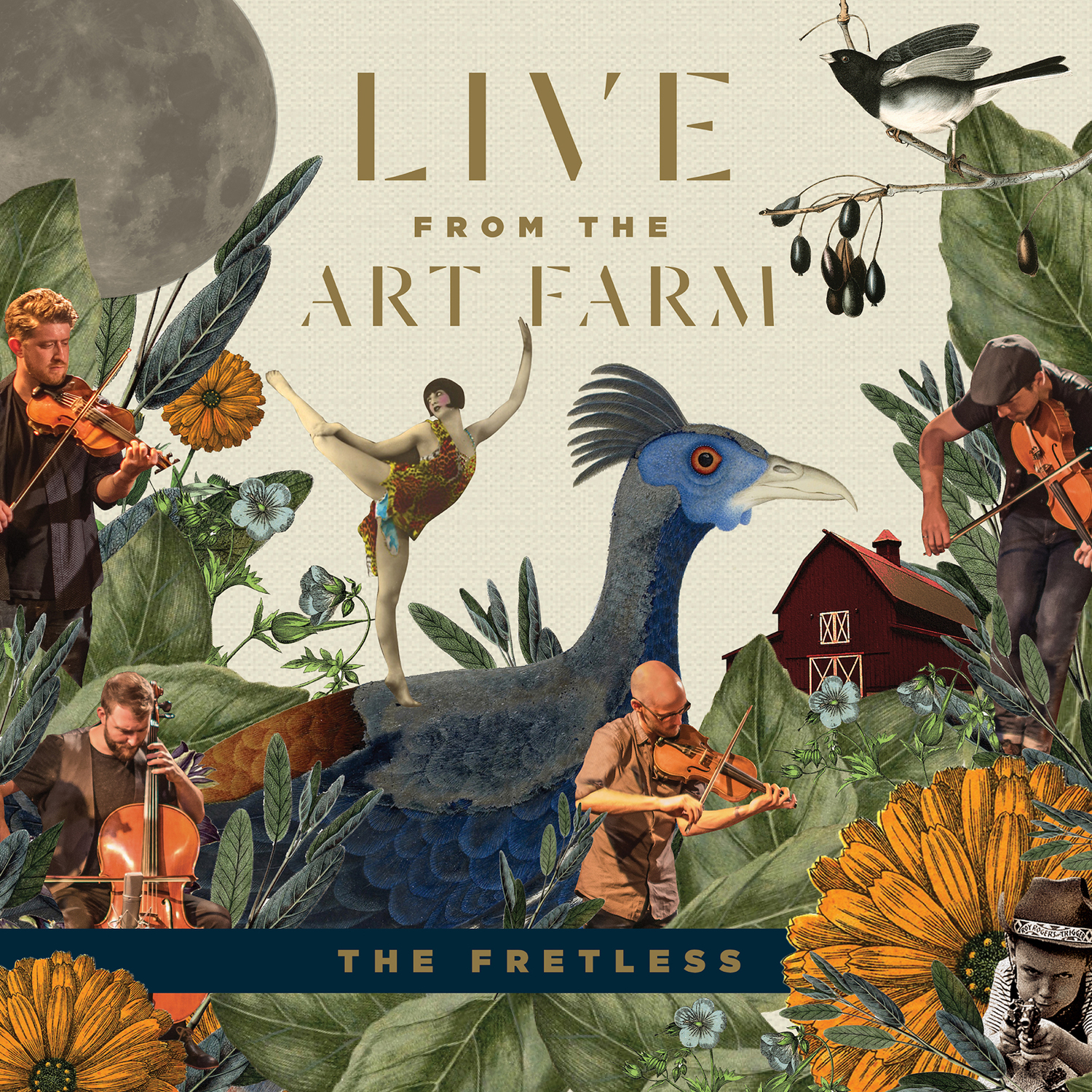 There was a time when the fiddle was a complete “band” unto itself. Barn dances, church gatherings, parties on the back porch, weddings, funerals … the musical cornerstone of these occasions, from Appalachia to Ireland and far beyond, was oftentimes a lone fiddle, standing apart, unencumbered. The ability of a fiddle to cut through the white noise and to wail at un-ignorable frequencies perfectly suited it to this role. There’s an immediacy to the droning sustain or slippery slurs, the humming double-stops or bouncing triplets of the instrument that, even solo, won’t leave your ears wanting more.

Canadian string ensemble the Fretless take this immediacy and multiply it by four. They translate the visceral, primal sounds that led fiddle to evolve into these one-instrument-band scenarios and weave them together so artfully that, all at once, they sound homogenous, as one cohesive unit, while the constituent parts remain perfectly distinct — as if they were each leading their own raucous living room step dance. On their brand new album, Live from the Artfarm, the recordings capture not only tones, but the space inhabited by the music, as well, reinforcing the accessibility of fiddles, viola, and cello in this capacity. On “Maggie’s Set” — a traditional set of the Irish tunes “Johnny O’Leary’s,” “The Miller’s Maggot,” and “The Sally Gardens” — you can feel the live audience leaning forward, reflecting the lilting energy of the modern-flavored percussive chopping and the timeless jig and reel drive back to the Fretless, who give it directly back to their audience. It’s almost as if they know they’re transporting each listener to a back porch, dance hall, or barn party with every bow stroke.