The Mile Markers of Music: A Conversation with Ketch Secor 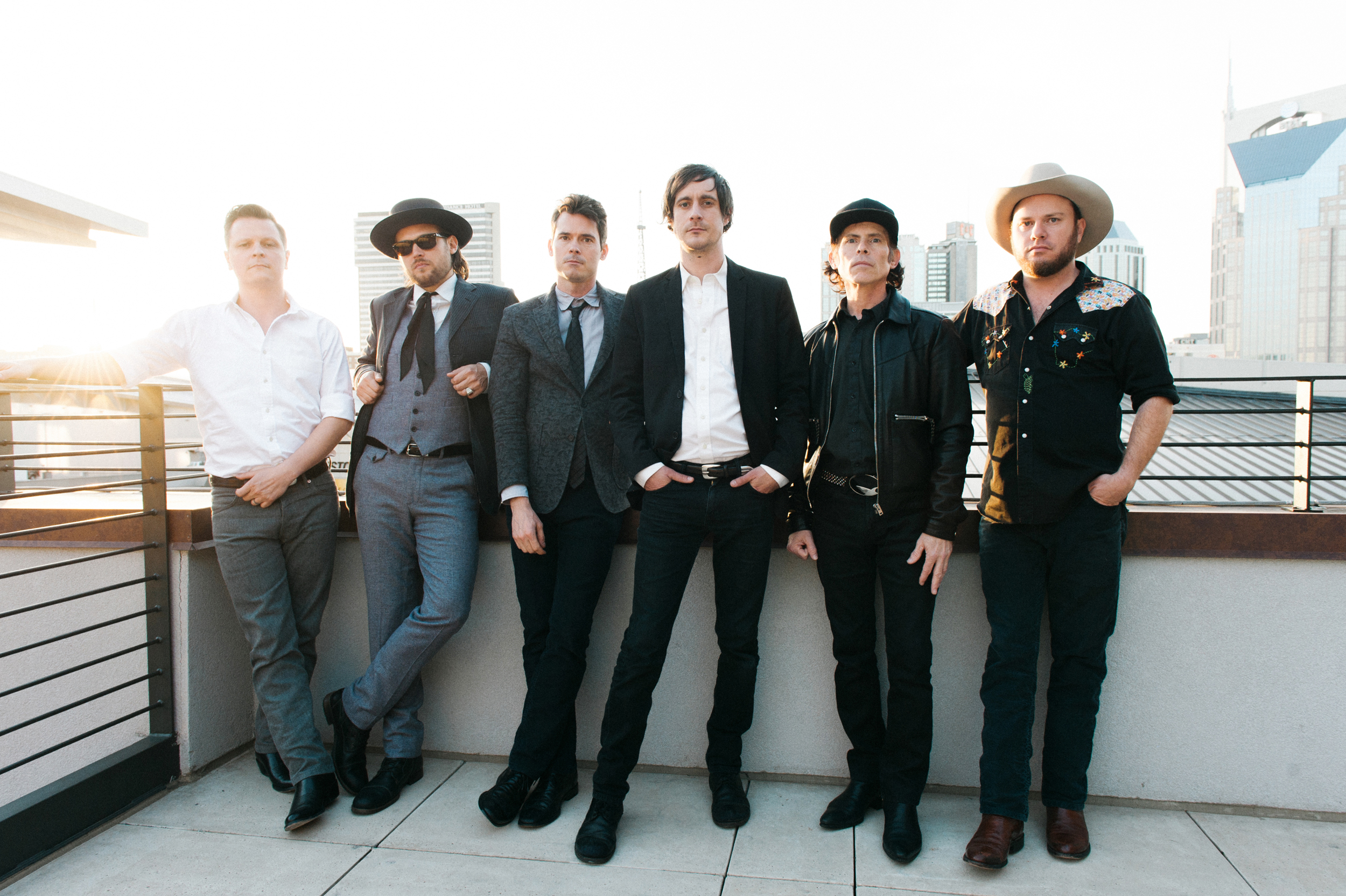 It’s not a stretch to say that Old Crow Medicine Show is intrinsically linked to Bob Dylan. The country-roots band has never shied away from voicing their admiration for the seminal singer/songwriter, and the story behind the infamous “Wagon Wheel” is common musical fodder at this point: Old Crow’s Ketch Secor filled in the verses to an incomplete track titled “Rock Me Mama” from a Bob Dylan bootleg his bandmate Critter Fuqua found during a trip to London. After Darius Rucker’s cover of “Wagon Wheel” hit number one on the Billboard chart in 2013, Dylan’s camp reached out to Old Crow. They offered another song fragment Dylan dreamed up around the same time as “Rock Me Mama,” and wanted to see what Old Crow could do with it. Old Crow cut the track and after incorporating a couple of suggestions from Dylan himself, “Sweet Amarillo” became the first single from the band’s 2014 release, Remedy.

Now, Old Crow Medicine Show is paying homage to Bob Dylan with the release of 50 Years of Blonde on Blonde, celebrating the 50th anniversary of Dylan’s first Nashville record. The live album features Old Crow’s performance of Blonde on Blonde in its entirety, recorded last May at the CMA Theater, located in the Country Music Hall of Fame.

“As somebody with such deep respect for Bob Dylan, I hope that he likes what we did with the songs,” Secor says. “We really tried to go, ‘What if the Memphis Jug Band had come up with “Leopard-Skin Pill-Box Hat?” What if the Mississippi Sheiks had figured out how to write a song like “Visions of Johanna?” And what would it sound like if they did?’”

As Secor puts it, Blonde on Blonde was “the shot heard ‘round the world” – the record that changed the landscape of country music and split Nashville’s sound wide open.

Do you remember the first time you listened to Blonde on Blonde ?

The first time I heard Blonde on Blonde, I was probably 14, 15 years old and I was headed down a sweeping Bob Dylan kick and ingesting as much Bob as I could like it was water or wine.

Dylan has such a vast catalog. What was it about Blonde on Blonde that made the band want to take this particular record on? Why did you pick this record to celebrate for the 50th anniversary?

Well, it’s true we could have picked any of Bob’s records ’cause we’re at that point in a lot of history where we’re at milestone marks for many of the seminal musical efforts of the past 50 years and more. This one made a lot of sense because it was made in Nashville and it’s the first of Bob’s Nashville records. And this was also recorded at a time when Nashville had yet to have a rock ‘n’ roll record. This was kind of the very beginning of the ever-expanding Nashville sound, so it’s a real milestone in that regard and, with it, in the wake of Bob Dylan’s trip to Nashville, everybody from Leonard Cohen to Joan Baez to Ringo Starr and Neil Young were in Nashville in the next five years making their own records.

In recording and releasing this project, what are you hoping to communicate about the Nashville sound? Are you hoping to preserve that Dylan and post-Dylan time? Or how do you see Nashville as changing or staying the same in the last 50 years?

Well, one of the sentiments that seems active here in Nashville right now is this feeling of, “Wow, everything is changing.” You look at the skyline and there’s something new going up every day; it’s full of cranes and boom shafts and towers. So much development, so many people moving to town. So I think it’s easy for Nashvillians to think, “Wow, things sure are getting different.” My argument, with this record, is that 50 years ago is really when things started getting different, and that’s the shot heard ’round the world that the Nashville music community and its spectrum of sound became so much wider beginning with the making of Blonde on Blonde and that it’s very wide today.

Now, with country music, as it’s heard on the radio and viewed upon the charts, that has actually become very, very narrow in its scope. So I think, with a record like this, we’re hoping to kind of shine a light on a time in which that very thing was happening and somebody like Bob Dylan came in and said, “Hey, I belong to country music, too! I’m from a mining town just like Loretta Lynn. I’m the fringe of America, just like Charley Pride. And I’m an outsider.” So to make an outsider record in Nashville at that time was a really powerful turning point for our state.

Can you walk me through the prep for this project? How long did you all work on learning these songs or what did you do with the arrangements to make them your own? What was your approach?

We started this project about two months before we went in and recorded it — maybe two or three months — and just started learning the songs. That was the biggest challenge — getting all the lyrics down. This is probably Bob’s most intensely lyrical album in well over 50 years of record-making. So to be able to recite it was a real challenge. It’s such a kaleidoscopic collection of lyrics, so the real challenge is being able to differentiate at every moment in live performance whether you’re supposed to sing about the “sheet metal memories of Cannery Row” or the “sheet-like metal and the belt-like lace.” You know, it’s all this impressionistic poetry or Beat poetry or whatever it is, post-modernism or something, and trying to be able to find form and meter in it when Bob so deliberately created it to be formless and without meter.

I watched a promo video for this project — it was an interview with you in the studio where Bob recorded this album and you said something I loved: “These songs, Bob wrote them, but they belong to all of us.” I was wondering if you could expand on that sentiment?

Well, I think we all know what folk music is and I think we all know the term public domain or the idea of a statute of limitations by which copyrights run out and they become part of a common vernacular. I think it’s less obvious to apply that to something that’s so clearly Bob Dylan’s. But my argument is that “Will the Circle Be Unbroken” belongs to America, no matter who wrote it. And that’s the same … like Elizabeth Cotten wrote “Freight Train,” but I didn’t learn that song from Elizabeth Cotten. I learned it from my mother. And when music becomes the property of everybody, when it’s on everybody’s tongue and when it’s streaming out of a guitar instead of out of your little pocket telephone, computer, when the folk music muscle takes hold, that’s when songs cease to become so much about their origins and rather about them existing on their own. I really think it’s all folk music, everything — Beyonce’s Lemonade.

I think a better example of how pop music can be everybody’s is, you listen to the opening lines of “Beat It” or “Billie Jean.” “Billie Jean,” I mean, that’s basically “Knoxville Girl” without the murder. It has all the same intensity. Or like on our album, or on Blonde on Blonde, “4th Time Around,” the sort of lover’s duet. These are songs that are archetypal and they belong to whoever the singer is singing ’em. So, when you think about bluegrass music … bluegrass music is always exploring between the public domain or contemporary bluegrass songwriters. You know, Blonde on Blonde makes for pretty good bluegrass music, too.

You all also released a Best Of album earlier this year and, if I’m doing my math right, next year — 2018 — will mark 20 years as a band for Old Crow Medicine Show. What does it feel like to hit that milestone?

You know, it’s been a little while. About half of my life now, I’ve been signed up playing music for the Old Crow Medicine Show. I kind of feel like … well, the Yankees wouldn’t be a good metaphor because I don’t actually like the Yankees. I’m more of a BoSox fan. I kind of feel like Carl Yastrzemski — like a guy that has come to personify the Red Sox as much as the Red Sox themselves. You’ve gotta do things to keep it fresh and that means musical exploration can never cease. You can never get too good. Fortunately, for our band, when we started out, we could barely play our instruments. I mean, I remember when I learned to play the fiddle. I had been playing for two weeks before I was playing on the street corner with the one tune I figured out how to play. And I just played for 10 minutes and then I’d take a break, and play for another 10 minutes.

So the vista for Old Crow has been sort of endless because we started out at the very beginning of the trail. We started on street corners and we weren’t trying to get that much bigger. We were just having a good time doing it, and then the trail just kept unfolding and we just kept hiking up it. So, I think the 20-year mark, it hasn’t really sunk in yet because we’re still very much in 19, but you don’t really think about. When I think about 20 years, that kind of scares me, moreso than celebrates it. I think about this: When Blonde on Blonde was 20 years old, it was 1986, and I was a kid listening to Michael Jackson and was about to discover Bob Dylan about a year later. It’s funny the way that you find yourself being a part of the very time that you would celebrate. You know, 50 years of Bob Dylan’s Blonde on Blonde … that’s about 38 years of my life, too.