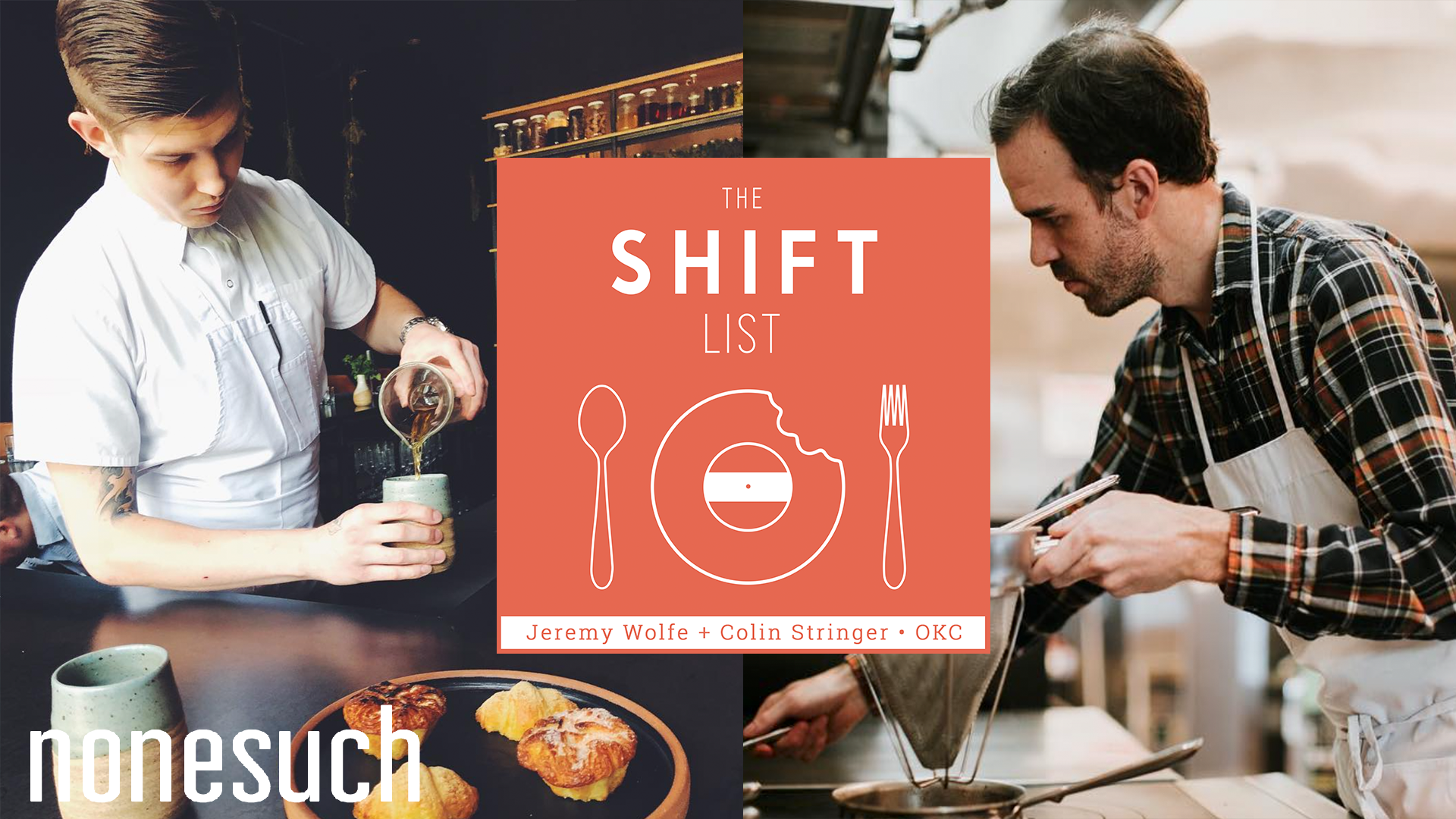 Colin Stringer and Jeremy Wolfe are two of the three chef/founders of Nonesuch in Oklahoma City, an intimate, 22-seat restaurant that focuses on cooking with ingredients that come exclusively from their native Oklahoma.

In a landlocked state that rarely gets national recognition for its culinary ambition from any organization, Nonesuch was named Best New Restaurant in the country by Bon Appetit back in August, ahead of nine other concepts from food capitals like Los Angeles, New York City, and Washington D.C.

The inventiveness and inspiration for Nonesuch were set in motion when Stringer and Wolfe started running a supper club back in 2014 called Nani, in the 100-year-old Victorian house that Stringer also lived in near the heart of Oklahoma City.

Word grew around town about the semi-legal restaurant operation in Stringer’s home, and it was eventually shut down by the city for operating without a license. When Nonesuch opened back in October 2017, it wasn’t a coincidence that the dining experience felt intimate, familial, and hospitable.

As Bon Appetit’s Editor in Chief Andrew Knowlton wrote in his review of Nonesuch, the best analogy to describe the young chefs that run it are like “three guys in a band, heads down, making incredibly beautiful music together — that they doubt anyone would ever hear.”

A little over a year after their opening, Nonesuch is booked solid for the foreseeable future, and the guys are poised and focused to take on the newfound attention with a unique sense of artistry and a killer playlist.