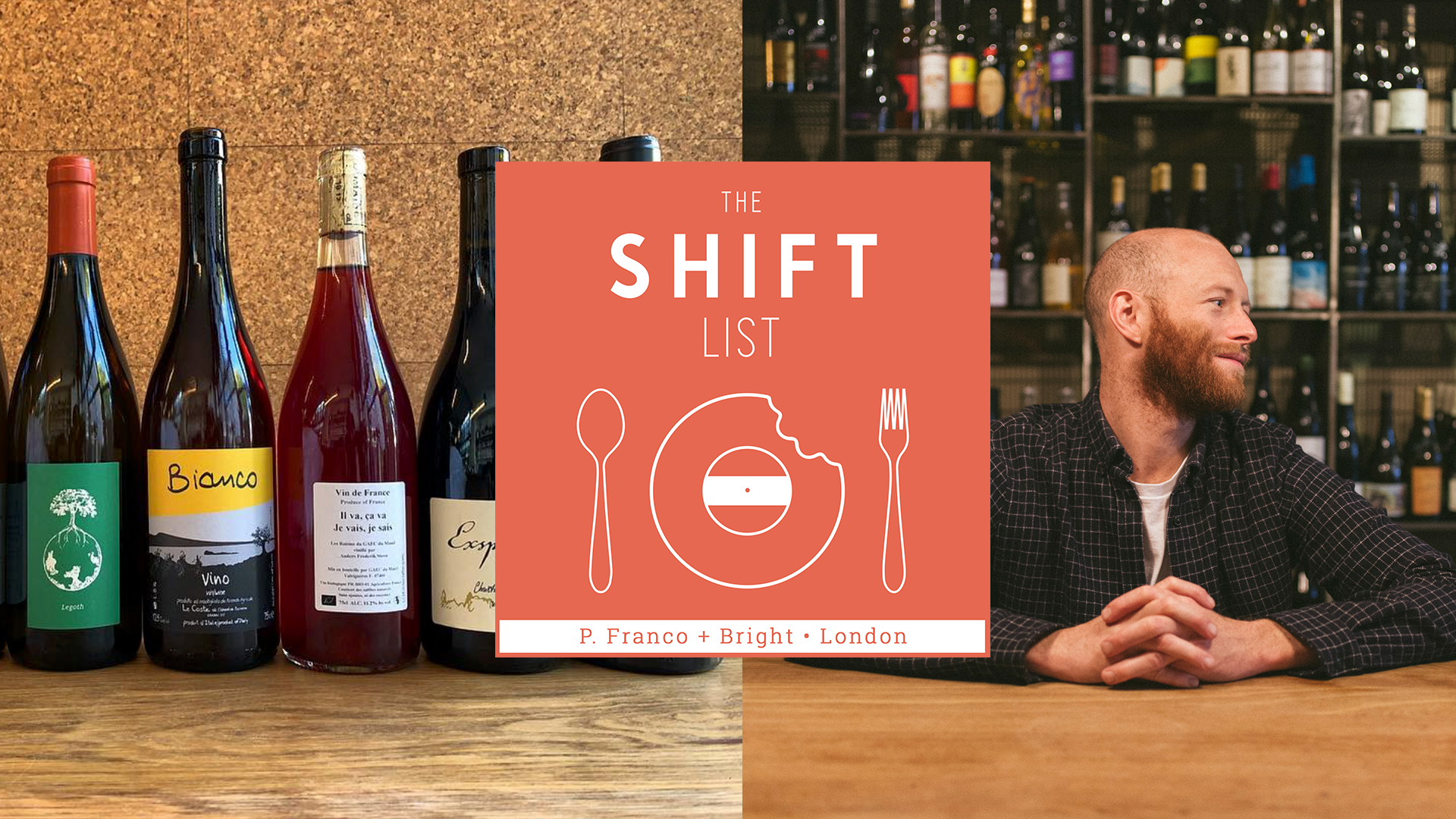 Phil Bracey is not a chef, but rather the manager of P. Franco, a neighborhood wine shop, bar, and makeshift restaurant in Northeast London’s Clapton neighborhood. Along with Bright, a new restaurant that opened nearby last May, Phil was instrumental in P. Franco being named Restaurant of the Year by Eater London in 2017.

It’s important to note that ‘manager’ is a broad term, as Bracey admits that even he doesn’t know what his actual title would be. Granted, he helps to procure and looks after the wines, but more important, and less easy to recognize, is that his approach to hospitality is passionately personal.

Fed up with the pretentiousness that often accompanies drinking wine, Bracey set out to make P. Franco a welcoming space that encourages experimentation by customers, allowing them to discover natural wines in an environment that’s relaxed yet lively, a space that you can pop into for one glass and ultimately end up staying for the rest of the night.

Music is paramount to the customer experience at both P. Franco and Bright, and like a good DJ, Bracey is constantly dialing in the playlists during each night’s service, doing his best to follow the flow of the evening.