The Show On The Road – St. Paul and the Broken Bones 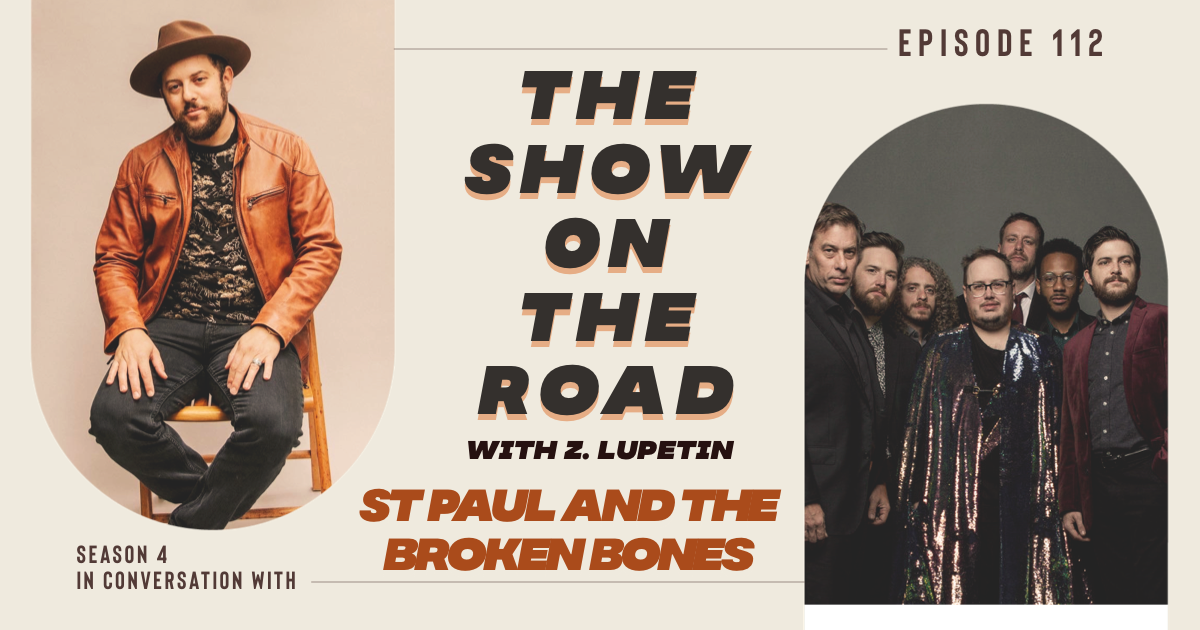 This week, we bring you a conversation with Birmingham, Alabama’s Paul Janeway, frontman of the storied soul and art-pop experimenters St. Paul & The Broken Bones.

While many first learned of Paul as the bespectacled former bank teller and accounting student who went from playing tiny clubs around the south to stalking stages from Red Rocks to Coachella in resplendent sequined robes, howling like a reincarnation of Otis Redding or Wilson Pickett with a bold brass section behind him, it really almost never happened at all. A decade ago, Paul made a throwback soul EP with his longtime collaborator Jesse Phillips and friends as a last hurrah before signing off from the dispiriting quest of getting folks to pay attention to his songs as he tilted towards his thirties. But then the wheels started turning. Folks started packing their shows at the Bottle Tree Cafe (RIP) in Birmingham. Ben Tanner of fellow rising star southerners Alabama Shakes helped Paul make the more polished and kinetic EP Half The City in 2014, and with just a Bandcamp release to start, it began selling like crazy. Like, more than most pop records; one-hundred, then two-hundred-thousand copies. Late night shows and world tours and TV placements and opening slots for The Rolling Stones beckoned. The press couldn’t stop asking: how could a guy like this sing like THAT? Paul was suddenly an unlikely star on the burgeoning Americana circuit. Wells Fargo would have to find another guy.

But as Paul discusses throughout our talk, just creating a soul and R&B revival sound was never his plan. He loves losing himself in art museums, exploring Greek myths and diving into deep space travel, and with more daring follow up records Sea Of Noise (2016) and Young Sick Camellia (2018) creating danceable synth-funk bops like “Flow With It (You Got Me)” and “Apollo” – which also have dark underbellies if you listen closely – the group has become much harder to place, in the best way possible.

This year’s release Alien Coast shows Paul and his crack team of collaborators Jesse Phillips (bass), Browan Lollar (guitar), Kevin Leon (drums), Al Gamble (keyboards), Allen Branstetter (trumpet), Chad Fisher (trombone), and Amari Ansari (saxophone), pushing the envelope even further. The ominous narrator in “Bermejo And The Devil” sets the scene for a dreamy trip into the jagged edges of ancient paintings, intergalactic storms and long lost stories – with quieter standouts like “Popcorn Ceiling” grounding the record in themes much more earthbound – like the feeling of isolation Paul felt after traveling the world from stage to stage and lonely hotel room to hotel room, wringing himself out each night before tireless audiences.