The Virginia Songbird Takes Flight: A Conversation with Dori Freeman 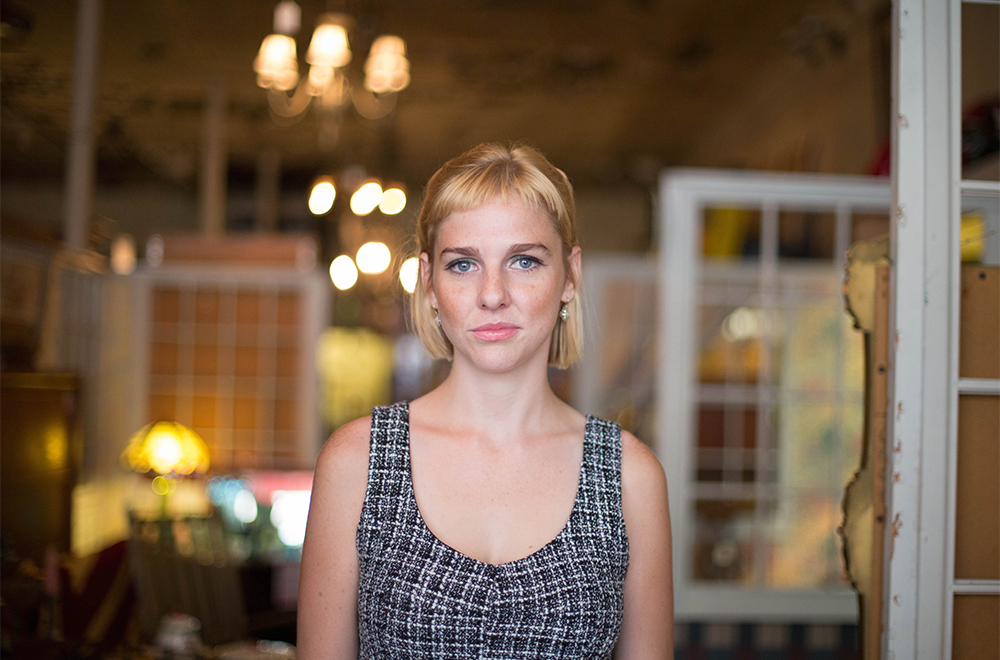 Armed with a guitar and a voice that harkens backs to traditional country greats, Dori Freeman may seem like just another singer/songwriter. But she’s far from it. The 24-year-old from southwest Virginia has been singing since she was young, a fact that comes across in her vocal control, ability, and depth. Her voice doesn’t have any pretense about it. Instead, it produces honest, straightforward melodies that complement her honest, straightforward lyrics. Her music unabashedly bridges the gap between then and now, integrating musical phrasing, cadences, and more passed down over generations throughout Appalachia’s storied region, but with a sensibility and perspective that deals largely in contemporary matters of the heart.

Freeman’s self-titled debut album will be available on February 5 through Free Dirt Records. Considering it’s already gathered buzz from the BGS, NPR, and Rolling Stone, it’s safe to say we’re catching the songbird before she soars away on quite the journey.

There’s already some significant buzz about your upcoming debut. How are you managing any excitement or anxiety you might feel about people finally getting to hear a fully realized album?

Do you have a favorite song on the album that you can’t wait for people to hear?

I really like the first track, “You Say,” and probably the country-sounding track, called “Go On Lovin’.” Those are my two favorites.

Speaking about “You Say,” I’m particularly struck by the lyrics to that song, especially the opening lines: “You say you can’t save me, but I never asked you to. Can’t you just believe that I only wanted to lie there with you?” There’s this modern-day feminist oscillation between being strong enough to stand alone, but still wanting company for the ride. Would you say there’s a particularly feminist approach to your songwriting?

Yeah, I mean, probably on a more subconscious level, but yeah that’s accurately an underlying theme in my songwriting: Dealing with relationships and breakups, and wanting to be strong and independent, but also wanting to have a partner through things.

How has Virginia and its storied musical region influenced you?

Oh, it’s had a huge influence. I grew up in a really musical, artistic family in southwest Virginia. My father and grandfather are both traditional musicians, and played bluegrass, old-time, and swing. I was surrounded by that music from birth on, and it’s had a huge impact on my songwriting and my influences, music-wise. Yeah, I feel like I owe a lot to my upbringing, to that area, and to that music.

What’s your family’s response been to your music? 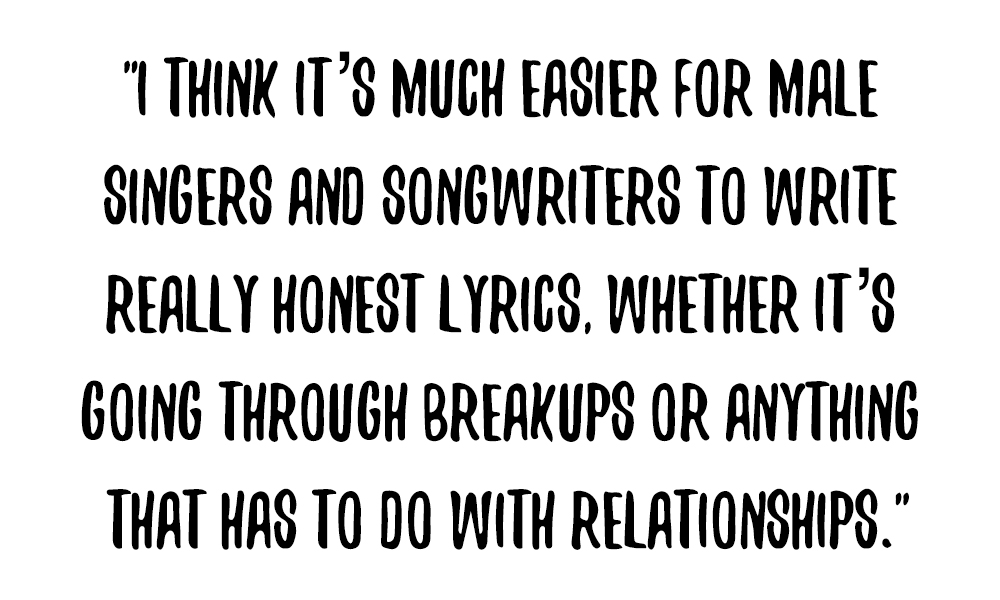 It seemed as though 2015 brought out some sharp, original female voices; I’m thinking of Natalie Prass and Courtney Barnett, especially. Each challenged their respective musical genres. How do you see yourself doing that with Americana?

I don’t really know if I have a specific intention. I just try to write from experience; I think that’s the most honest way you can write songs … or write anything for that matter. I draw on things that I’ve been through and things I know from growing up and influences that I’ve been surrounded by as a child and as an adult.

Your biography cites Rufus Wainwright as a writing influence, and there’s a mournful, honest quality to your music that certainly parallels what he’s done. What about his songwriting do you admire?

Yeah, Rufus is probably my favorite songwriter. I actually first heard him when I was 13 or 14; he was on a soundtrack to a play that I saw. It took me a few years to find out what it was, but when I heard his voice again, I made sure to figure out who it was, because it’s such an instantly recognizable voice. I’ve been a huge fan of his ever since. I really admire the honesty in his songwriting, and the originality of his music and lyrics, and how he sort of encompasses a lot of different genres and influences. He’s definitely my favorite musician and favorite songwriter.

Do you have a favorite song by him?

“Poses” is probably my favorite song.

That’s such a good one.

It’s such a good one, yeah.

Yeah, he almost has that confessional air to his writing, as if he’s sitting next to you talking, rather than putting on a performance onstage.

Absolutely. He’s not afraid to say anything. He doesn’t hide anything in his lyrics. He’s really honest, and I really admire that. 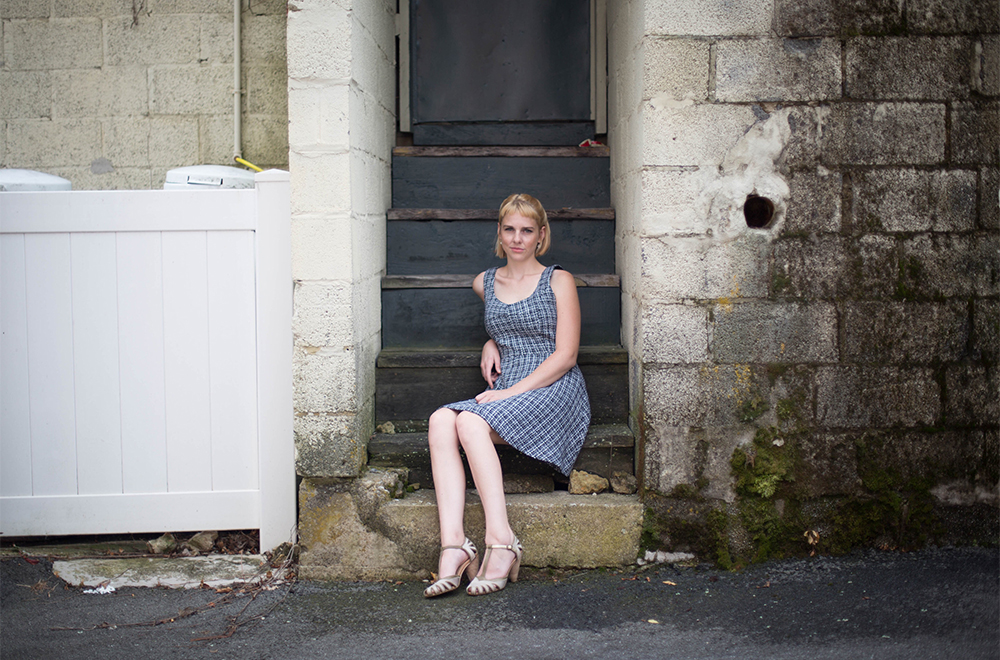 Not to get too gender-heavy here, but it seems as though male musicians can get away with that to a degree that female musicians sometimes can’t. If you even do this, how do you try to push back against being honest and having your opinion without anyone giving you any guff about it?

I totally agree with that. I think it’s much easier for male singers and songwriters to write really honest lyrics, whether it’s going through breakups or anything that has to do with relationships. I think it’s a lot easier as a male to get away with those songs. I think now we’re at a point where there are women who are writing songs now that aren’t afraid of that anymore. I just try to do the same thing, and be as honest as I can, and write what I’m feeling and what I’ve been through. It’s funny — it’s a lot easier for me to talk about those things in songs than it is for me to talk about those things, whether it be with friends or family or just in general. It’s a lot easier for me to get them out through songwriting than it is just talking.

Why do you think that is?

Not to label everybody, but so many creative individuals seem to have a more introverted personality. It’s hard for them to have a one-on-one, but if you give them a creative medium, they’re able to express themselves quite freely.

Yeah, absolutely. Going back to your initial question about it being easier for males to get away with things in songwriting … I definitely think we’re at a time now where there are a lot of female singer/songwriters coming out writing really great stuff that you wouldn’t have necessarily heard, you know, 20 or 30 years ago.

Absolutely. And I long for the day when music doesn’t have such gender divides. Even if they seem to be fading to an extent, they certainly still exist.

I think it’s sort of the same thing as, you know, girls will get labeled a slut, rather than a guy who dates a bunch of girls. No one is going to say anything about him. I think it’s very similar in songwriting. Girls are going to be judged more if they write really personal, honest lyrics about something they’ve experienced versus if a guy were to write about the exact same thing.

True. I’m curious about recording in New York when what you’re doing sounds so antithetical to that city. Was that a weird juxtaposition for you?

It’s a totally weird juxtaposition, but I’ve always been really drawn to that — drawn to writing from a place of my background, where I come from in rural Virginia, and then pairing that with recording the album in New York. It’s the antithesis of the songs. I think it really brought something to the album. I like that it wound up just more modern-sounding, like backing instrumentation to pair with the lyrics. I think they really complemented each other and worked out very well. 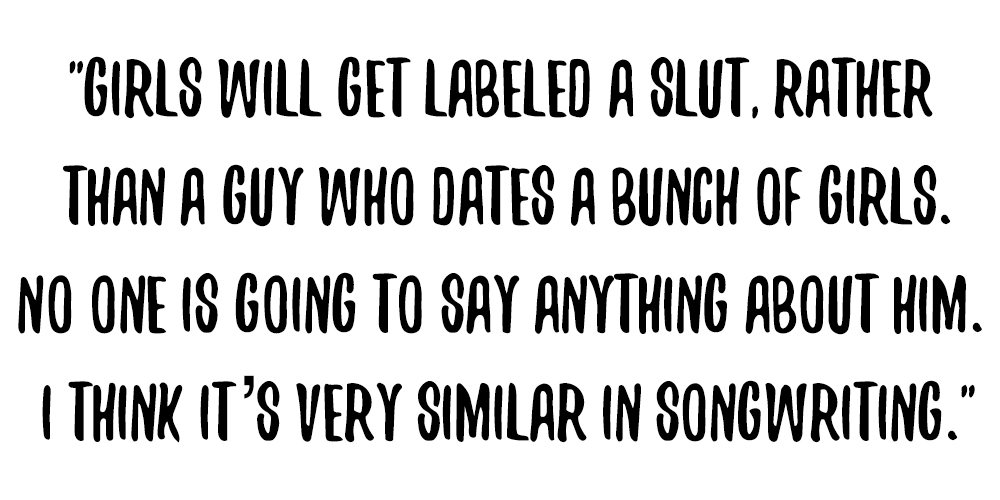 What was it like working with your producer Teddy Thompson?

Oh, it was wonderful. I’ve been a huge fan of his for a long time, too, and discovered him through listening to Rufus. Of course, they’ve done quite a bit together, and they’re good friends. I’ve been listening to him for 10 years now, and never thought I’d get a response from him when I reached out, but he actually listened to my music. We talked some and exchanged some emails, and spoke on the phone, met in person, and then it just sort of seemed to snowball from there. Before I knew it, we were in the studio making the record. I still can’t believe it actually happened.

It seems so serendipitous to contact a producer and have them actually pay attention.

Yeah, I couldn’t believe that he actually responded. I think I got really lucky and caught him on a good day. He was wonderful to work with, really observant and specific about wanting to keep the record centered around my voice and the songwriting, and really careful to keep that the center of things.

I know your debut album has not yet dropped, but let’s have some fun and look ahead to the future. Who would you like to collaborate with down the road?

Well, Rufus will always be my first choice for that. I love the early — I mean all of it’s good — but I’m a big fan of the early Father John Misty stuff. He’d be another one that I’d love to collaborate with. My favorite female singer and songwriter is Kacey Musgraves.

You two would be killer together.

I love her; I’m such a big fan of hers. I think she’s really great and I’m so glad to see someone like her in a really male-dominated genre like country.

Going back to being honest, she’s someone who’s genuinely unafraid to say what’s on her mind.

I really admire that about her songwriting. She’s got a great voice, just the whole aesthetic of what she’s doing. I think it’s really great. 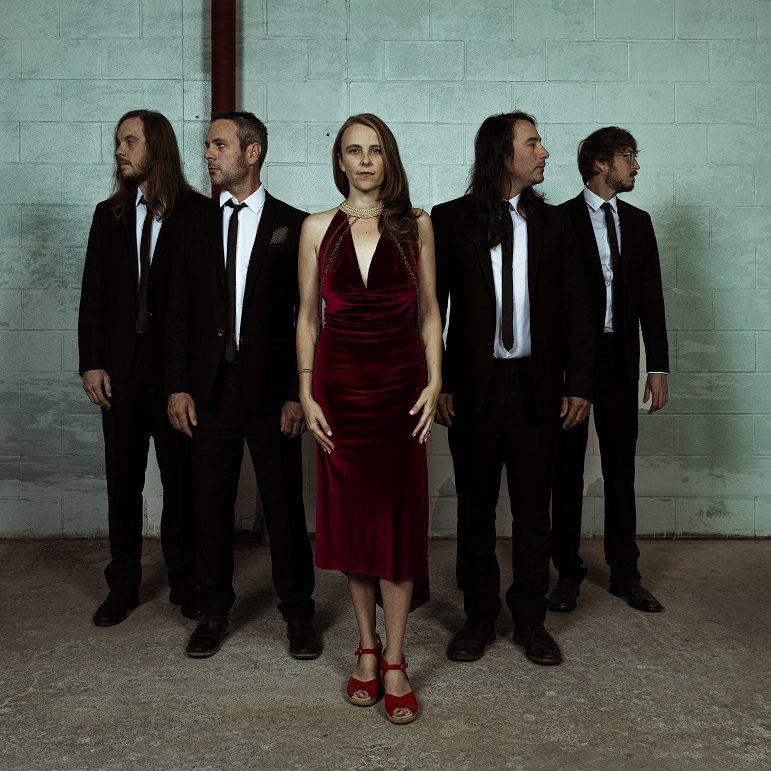