To Spend Your Life in Pain and Misery: An Interview with Eric Burdon 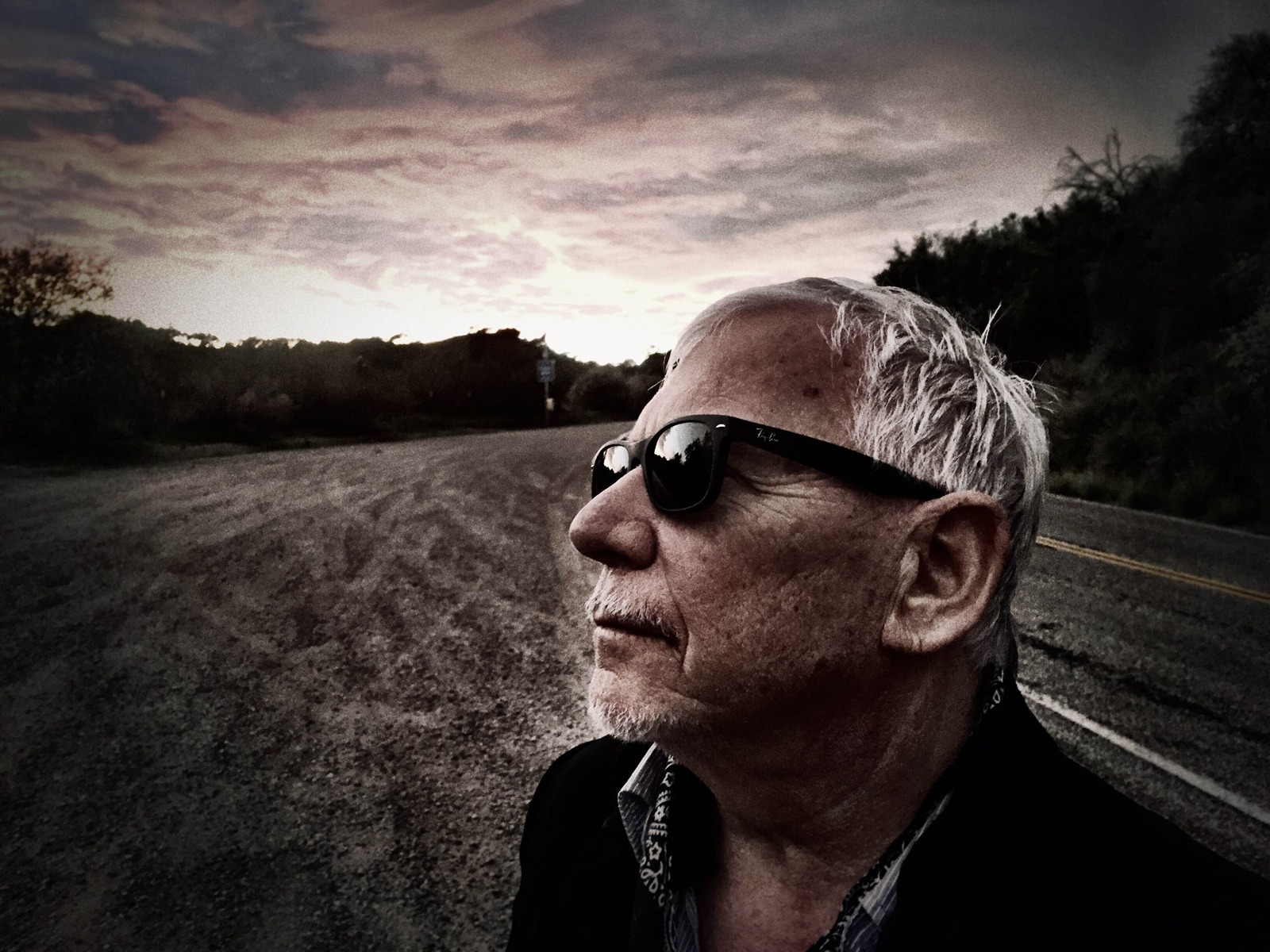 Lead Belly Fest is coming to Carnegie Hall. It is a fitting venue, as Lead Belly’s last performance was at Carnegie Hall in 1949. An all-star lineup is paying tribute on February 4, 2016 with Eric Burdon of the Animals co-headlining the festival. The Animals first rose to fame in 1962 with an electrified version of Lead Belly’s “House of the Rising Sun.” It was an unparalleled success and influenced everyone from Bob Dylan to Jimi Hendrix, and inspired countless aspiring musicians to pick up the guitar. It was the “Smells Like Teen Spirit” of the 1960s. Now, Burdon circles back around to honor his hero.

Thank you for taking the time to talk before the Lead Belly Fest at Carnegie Hall. They must be very excited to have you headlining. Have you performed at Carnegie Hall before?

No, but it will be an honor to pay homage to Lead Belly in a place like Carnegie Hall, which represents the pinnacle of venues around the world. It will be a thrill to share the stage with blues legend Buddy Guy, so I'm really looking forward to it.

I will probably be singing this song as they lower me into my grave. It's a song that is closely associated with me, and I can't tell you how many people have told me it was the first song they learned how to play on guitar or was in the background for their first kiss. I first heard this song in the folk clubs of Newcastle and immediately fell in love with it. It somehow clicked and connected with me. I chose the song because it has a mysterious vibe, a haunting melody, and a good story to it. I stand by it today as one of the best songs I've ever heard and, no matter how much I fight it, I still always enjoy singing it for people.

Has it taken on new meaning for you? What about the song did you relate to as a young man? What do you home in on now?

I related to it then, as now, as the tale of an outsider trying to make it in this cruel world. Nothing in the past 50 years has changed that feeling. It's a universal situation, whether one is young or old, to be faced with one's mortality and desires.

Growing up outside of the U.S., what was the first version of the song that you heard? I know Roy Acuff had a much earlier version and the Lomaxes first released it in the early 1930s, but I don’t imagine the Grand Ole Opry was as popular in England.

Everyone in the world has recorded that song, but if you go back in time, it was based on an English hymn. It probably goes back to the 15th century. In fact, if you listen to “Greensleeves,” which was written by Henry V, there is a great similarity between those two songs, which makes it a pure folk song.

I believe it was Dave Van Ronk who said there are older versions of the song that are about a woman joining a convent. It seems like the “House of the Rising Sun” can represent almost anything. Do you relate it to the more traditional idea of it being a brothel or do you think there’s more to it?

It can represent almost anything — the brothel in New Orleans, the coal mine in Newcastle, the state of mind that you are stuck someplace, a bad marriage or any soul-crushing job. There are hundreds of thousands of people who spend their lives in pain and misery and even people who have the money, the clout, and the lifestyle to escape pain and misery who find themselves in that state. It's not just a story of a woman who works in a whorehouse or a guy visiting one. It's a song of soul-searching. It's a song of redemption. "To spend your life in pain and misery" could be about any place one needs to escape from.

In your book Don’t Let Me Be Misunderstood, you describe being invited to the actual House of the Rising Sun. It must have been heavy visiting the supposed source material of the song that kick-started your career. Is there any new information about the house since you visited? Has it been authenticated? I would love to visit sometime — is it open to the public or are there any plans for it?

I don't know if it has been authenticated. For sure, there are several places that claim to be the true, one, and only House of the Rising Sun. But this two story building on St. Louis Street in the French Quarter had me convinced that there was some magic there. It was kept in immaculate condition, pretty much the way it had been at the turn of the century. It was owned, at the time, by a madame — Marianne Soleil Levant, which translates to Rising Sun. Today, it belongs to a female lawyer. There were paintings imported from France, and a mural in the courtyard that was painted with colors made from plants. I wanted to photograph it before it disappeared. Unfortunately, when I went back there a year later, the mural was almost gone, but the vibe was still there. Heavy rain had drained away most of the coloring. A totally unique and fascinating place.

The woman who owned it had the New Orleans city records with an entire history of how many times the house had been used as a brothel. That's how she determined it was the House of the Rising Sun. During the Civil War, when the Union Army came to New Orleans, they needed a whorehouse for the officers, so they made it legal. Then, when the union Army left, the house was shut down.

These pleasure houses were not cut and dry houses of sin. The girls who worked in these places were usually chosen by the madams for their light-colored skin, their ability to deliver sexual pleasure, and, more importantly, for their skills in natural medicines. Skills that they inherited from Africa. These girls knew the plants that grew in the jungle regions of New Orleans — how to identify them and use them to heal the elderly bodies of their customers.

For me, the most intriguing part is the music. It's said that that's where jazz got its start. Jelly Roll Morton brought ragtime music to these houses. Ragtime suited the joy, the merriment that was going on there. Later on, Morton claimed to be the inventor of jazz.

When I visited the alleged House of the Rising Sun, there were 12 nuns there, in their habits, and they asked me to sing the song, which I did, a cappella. After that, they said they would pray for my mortal soul — an experience I'll never forget.

It’s been a big year for Lead Belly fans. Smithsonian released an unheard track, “Queen Mary,” and an extensive box set. The Lead Belly Fests have been traveling the world. He seems as important now as when he was still alive. What do you think it is about Lead Belly’s music that still resonates so strongly?

Lead Belly didn't just sing the blues. He wrote and recorded songs that can be heard today in modern popular culture. He was the first Black folk singer who actually turned the essence of blues into commercial songs, which were recorded by other people, such as "Goodnight Irene." Lead Belly was an artist of incredible depth. A totally unique character. He was a convicted murderer. Through his music, he was able to free himself. He did not do only one type of music and, in fact, did not wish to be known as a blues singer. He sang about the hardships of life and he sang songs for children, influencing everybody from Woody Guthrie on. His importance will always be felt and his music will always resonate for anyone who experiences real human emotions.

Lead Belly’s song “Bourgeois Blues” is one of my favorites. It deals heavily with poverty and race, and it seems particularly relevant today in the U.S. with the decline of the middle class and the Black Lives Matter movement. What are your views on “Bourgeois Blues” and Lead Belly’s more topical material? Would you ever perform it? If so, would you keep it in first person or switch it to third?

I have not yet fully absorbed “Bourgeois Blues,” but Lead Belly influenced everybody to sing topical songs. His words are as powerful as ever — and just as relevant. That's because he sang about real life. Songs like that are needed now as much as they ever were. Nearly all of his songs dealt with poverty and race. In London, at Royal Albert Hall, I performed "In the Pines," and it was only after several performances that I began to see the meaning of the song in a different light — with "In the Pines" as a modern tale of love gone wrong, something like a domestic dispute.