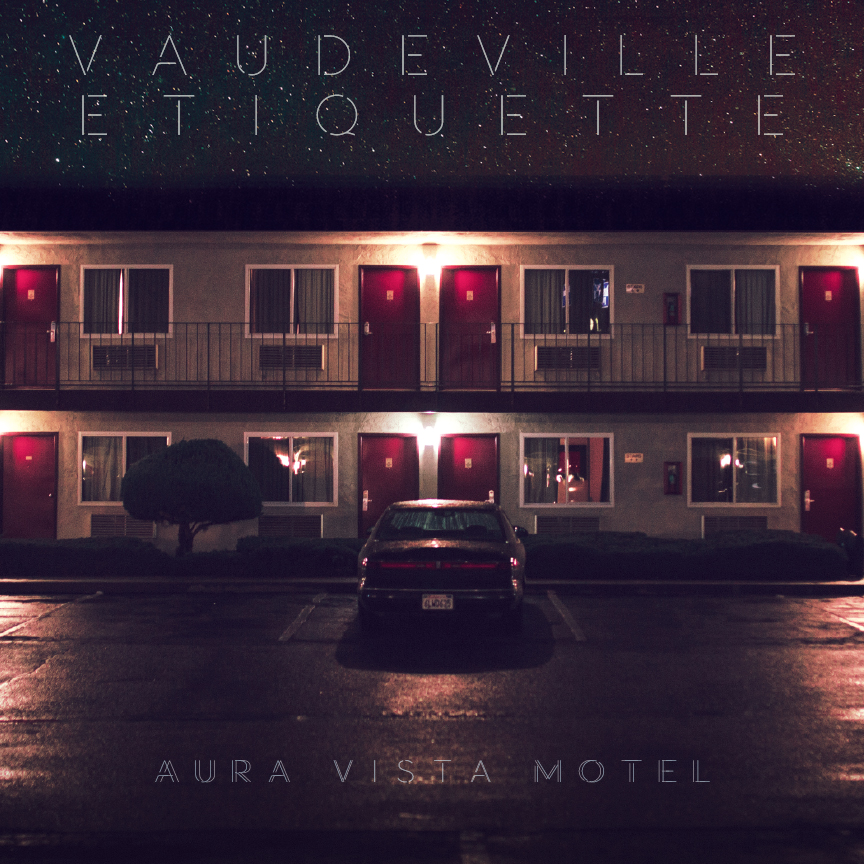 The revolution will not be televised, but it will be pants-less … at least, if Vaudeville Etiquette has anything to do with it. The Seattle quintet sings of such a revolution on this brand new track, "Damn Lovely," off their forthcoming album, Aura Vista Motel, out May 6. The soulful, smoldering tune showcases the harmonic interplay between vocalists Tayler Lynn and Bradley Laina, as well as the strength of their three-piece backing band, all the while telling the story of a fateful note left on Lynn's mirror.

"'Damn Lovely' is a sexy love letter to sexy love letters," Lynn says. "I wrote the song during a time filled with lots of late and debaucherous nights. One morning, I woke up to a note that read, 'You are so damn lovely,' taped to my mirror. I took that line into the shower and started singing it. By the end of the day, the song was written and, by the end of the year, that poet and I were living together.

"The song draws on soul influences — arguably the sexiest of all musical genres — with its languid bass line, dirty Rhodes, stabbing horn licks, and sassy backup vocals. I've always been turned on by singers like Aretha Franklin and Etta James who so provocatively assert their femininity through the strength in their vocals. I'd be lying if I didn't say that took a few cues from them. 'Damn Lovely' is a call to put it all on the line, take off your pants, and start a revolution.”