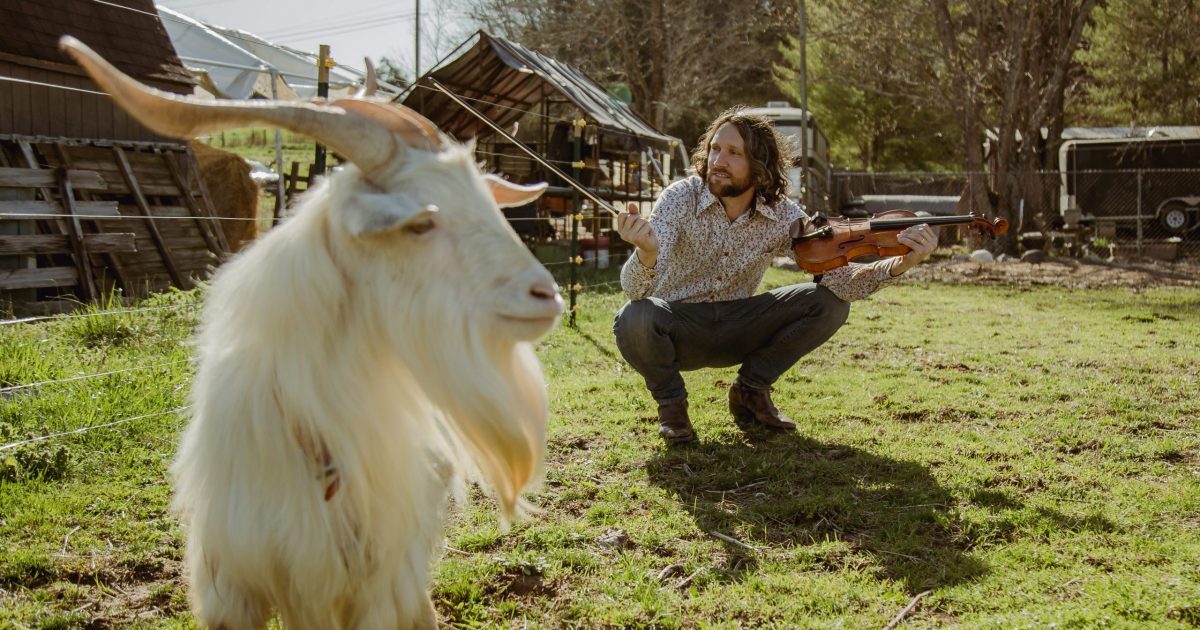 In Their Words: “I live just up the road from the house where the legendary musician John Hartford once lived, on the edge of the Cumberland River in Madison, Tennessee, and for this live video we had the amazing opportunity to record the take in the crow’s nest on top of Hartford’s old riverside home. The current owners were very generous to let us film in that space and they even keep John’s old chair up there, a nod to when he used to sit in that same room overlooking the river and play banjo himself. It was magical to get to play in that room!

“Wes Corbett and I played a version of ‘Mississippi Sawyer’ together while we were warming up together one afternoon by jamming on some fiddle tunes in preparation for arranging some music to record on my banjo and fiddle duets album, Hair & Hide. It was immediately so much fun and had such a great energy to it that I decided then and there that I wanted to record it with Wes for the album. This tune lends itself really well as a way to bring together elements of old-time fiddling that I bring to the table and of virtuosic bluegrass banjo playing from Wes, as well as being a great vehicle to muddle the lines of both genres as we play it together.

“I ended up taking a deep dive on some old recorded versions of ‘Mississippi Sawyer’ from various old-time fiddlers after that initial jam, and came across two really unique versions that I loved from a couple of legendary West Virginia old-time fiddlers, Ernie Carpenter and Edden Hammons. I liked elements of both of their versions so I decided to take inspiration from Ernie’s A part and Edden’s B part to create this really fun and unique take on this great old chestnut fiddle tune that’s endlessly fun to play. Wes is one of our generation’s great picking banjo players and it was so fun to get to work on this tune with him and hear how he improvises around the melody so fluidly. I hope you all enjoy this!” — George Jackson