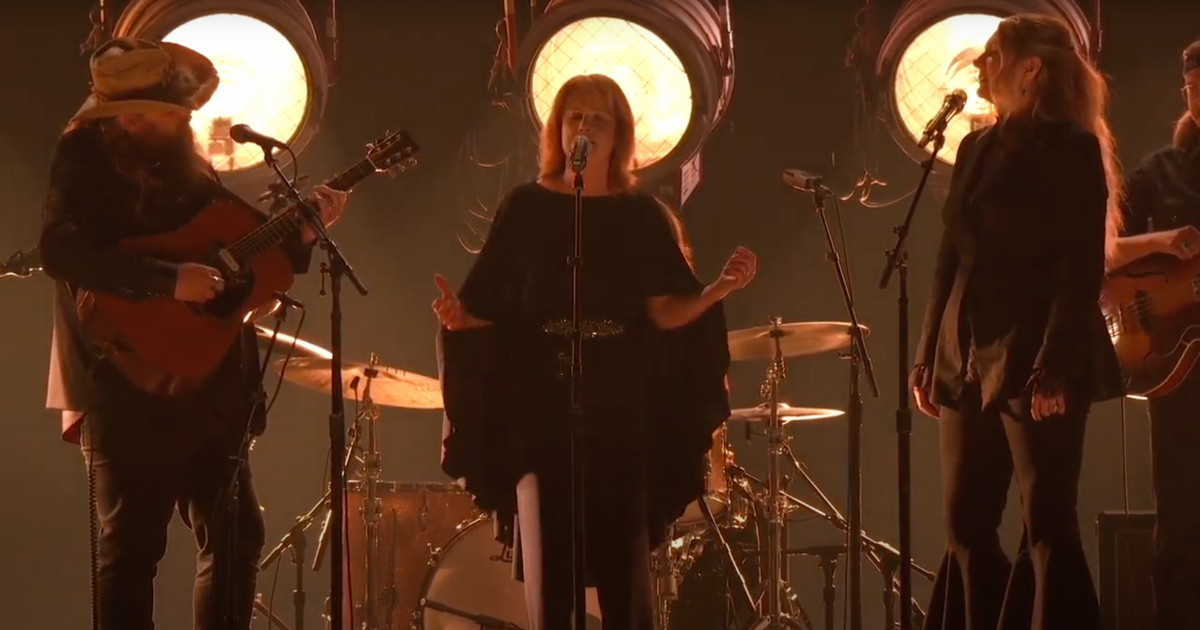 Patty Loveless reminded us why she’s still a hero to traditional country and bluegrass fans during a rare performance with Chris Stapleton at the CMA Awards on Wednesday night. Loveless included the poignant composition on her landmark 2001 album, Mountain Soul, an acclaimed record that still holds up. Look closer and you’ll see that Darrell Scott, who wrote the song, is playing Dobro on this performance, along with Deanie Richardson on fiddle and Morgane Stapleton on harmony.

Released at the height of the O Brother, Where Art Thou? soundtrack’s popularity, Loveless pressed pause on her commercial country career for a set of songs featuring Jon Randall, Travis Tritt, and an exceptional group of studio musicians. (Seriously, look at this personnel list.) The emotional centerpiece of the project may be “You’ll Never Leave Harlan Alive,” which feels almost like it was written for Loveless, whose late father worked in the coal mines.

Stapleton deservedly won the CMA Award for Male Vocalist during the show, but his greatest accomplishment of the night may be been placing a six-minute Appalachian ballad in the middle of a mainstream country show, not to mention inviting Loveless back into the spotlight. She’s no stranger to the CMA Awards, of course, having won back-to-back Female Vocalist trophies in 1995 and 1996, in addition to Album of the Year honors for 1994’s When Fallen Angels Fly. She later collected another one for 1997’s “You Don’t Seem to Miss Me,” which she recorded with one of her own heroes, George Jones. It’s a touching moment to now see Stapleton paying homage to an artist who has made her own mark on country music throughout the decades. And it goes without saying that any time that Patty Loveless wants to make another album, we’re here for it.

Stapleton and Loveless first sang the song together at the Kentucky Rising benefit concert in Lexington on October 11, raising funds for relief and recovery following the devastating floods in Eastern Kentucky this past summer. The one-night-only event also featured performances from Kentuckians Tyler Childers, Dwight Yoakam, Ricky Skaggs, and S.G. Goodman. You can still donate to the Kentucky Rising Fund here.