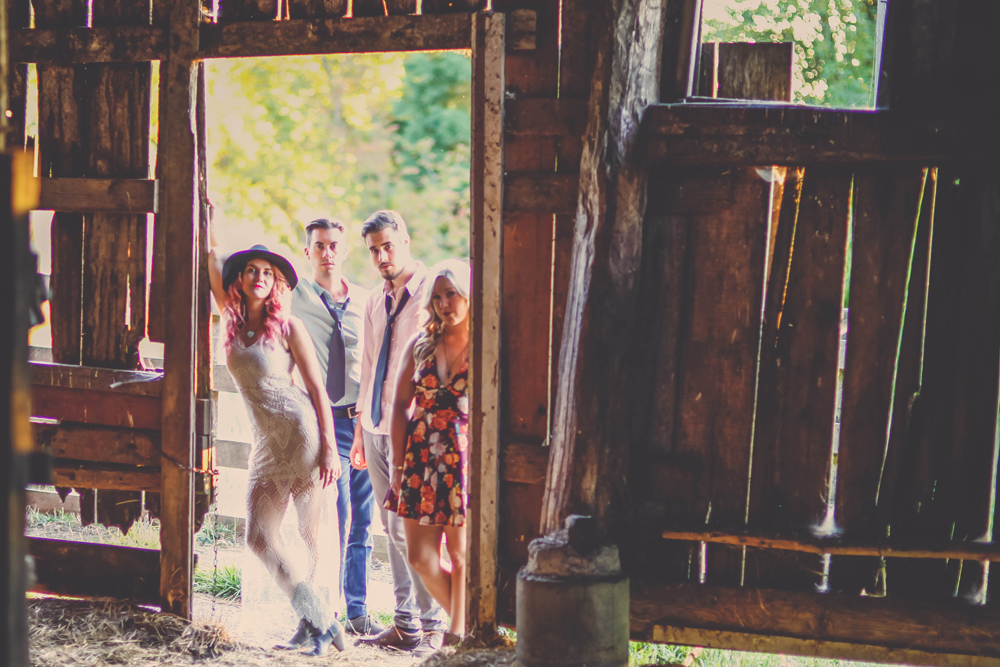 In Their Words: "This song was developed from start to finish, fittingly, on the road. In the spring of 2014, we spent seven weeks traversing the American Midwest, playing shows and conceptualizing the songs that would eventually make up this project. Zach had been playing around with a variation of the guitar riff and chorus for a while, but had left them somewhere in Wyoming to pick up later. I started weaving together different elements and rhythmic structures in a cabin in the woods of rural Pennsylvania, writing the vocal lines bookending the beginning and end, and the whole band came together for living room jam at a farm in Iowa, where the climax and tempo change took shape organically.

Whenever we want to make a live video (given that we're not on tour somewhere and have to work with a tripod and some angle-based video magic), we call our friend Gregory Mares, who has the steadiest hand of any videographer we've met, a musician's ear, and a disposition that makes him incredibly easy and fun to work with. We picked a free date on the calendar and got the very gracious permission of an events venue local to our small hometown of Mount Vernon, Washington, called Maplehurst Farm. We were surprised, given the time of year and the Northwest's charmingly unpredictable weather, to find idylically filtered sunlight, balmy temperatures, and Autumn leaves perfectly framing the road to the venue." — Miranda Zickler