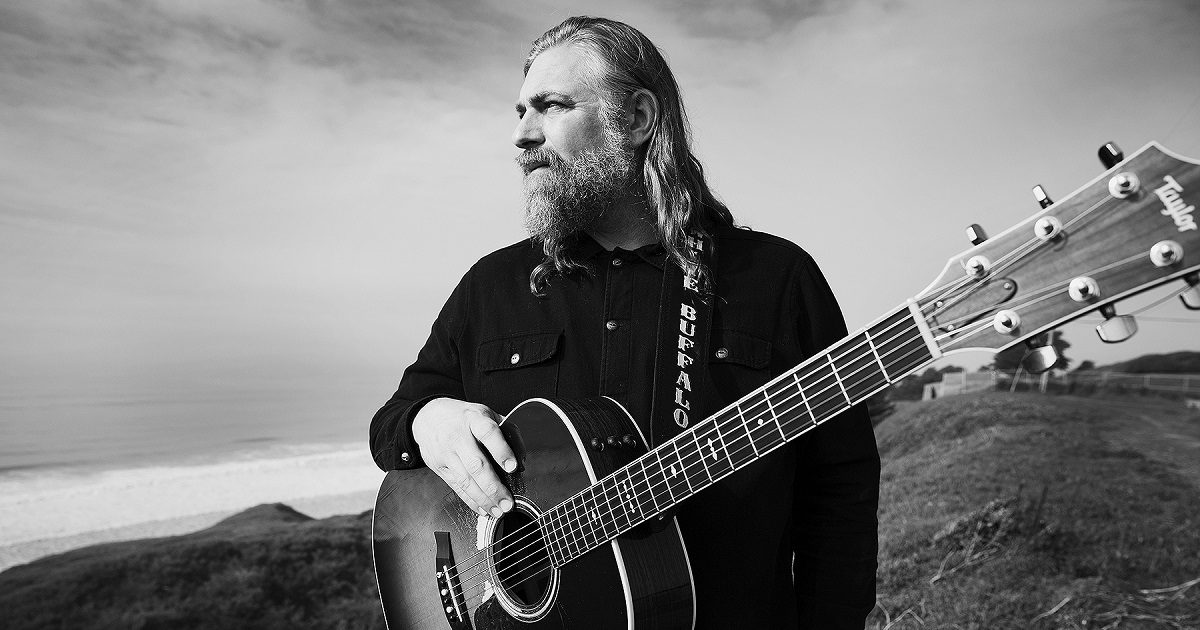 With a tour scrapped and a new album to unveil, The White Buffalo (musician Jake Smith) will be bringing the concert experience — and a bunch of previously unheard songs — directly to fans for a live-streaming experience on Sunday, April 5. By email, Smith fielded a few questions from BGS about what his loyal listeners can expect, both from the streaming concert and the upcoming project, On the Widow’s Walk, out on April 17.

BGS: You have found an interesting way to connect with fans during this time. Can you tell us what the visual component of this show will look like?

The White Buffalo: It won’t be a bunch of smoke and mirrors. That being said we are shooting for something of a much higher quality both sonically and visually. It will be lit and shot on multiple cameras. We are really trying to elevate the live online streaming experience and people’s homes.

How about the sound — acoustic, full band, or a mixture of both?

We are recording in a studio so the sound will be of the highest quality. It’s going to be full band, a trio like we’ve toured with for years. This time we’re going to have Christopher Hoffee who plays bass on piano on some songs and I’m trying to elevate my guitar tone to bring some dirtier sounds to match the new album.

This event differs from a tour date to some degree, but what goes through your mind in the moments before taking the stage?

I just try to step back and appreciate that this is my job. I feel very lucky to have people care and connect with what I have to say. The live setting cannot be replaced. I think it’s the most visceral way to absorb music.

With a new record on the way, I am sure you will drop in some new material. What is that experience like for you as a writer, sharing something new for the first time?

It’s a bit nerve-racking playing songs that no one’s ever heard but it’s exciting for the most part. On the upcoming album I again tried to run the scope and breadth of emotions. Dark, gothic, lighter, hope-filled, optimistic, heartfelt, heavy… It’s hard to judge what songs will really resonate with crowds until you get out and play them.

You have already introduced the world to “The Rapture” prior to the album. What was on your mind when you wrote that?

That one’s a twisted, primal tale of murder. The first few lines just spilled out of silence as they do. From there I put myself in the shoes of this fantasy character and it was obvious to me where he’d end up. He’s trying to restrain his evil ways but the animal in him is too wicked and strong.

What surprised you the most about the time you spent making the new record?

Truly how fast everything came to be. I wrote and finished the bulk of the songs within a couple weeks after an inspired and validating meeting with Shooter. During two sessions we recorded the whole thing in 6-7 days. The recording process was the most honest, organic thing we’ve done to date. With Shooter Jennings producing and sitting in on piano, we’d all sit in a room and record what happened. Recording and documenting live takes until we felt like we had the right feel and emotion for the song. It sounds simple but it was about catching those real, live, special moments.

So much of the live experience is about connection. Will there be a way for fans to have that interaction with you during this event?

I’m hoping so. I’m hoping they’ll feel it. We plan on bringing the same unbridled passion for performance as we do to live shows. There will be an interactive part of it as well, a little Q&A. That’s something we don’t do at shows, so trying to fill the distance a bit with that.

What would you like your audience to take away from this experience, in the midst of these uncertain times?

Hoping to give people an escape. To connect with them through the music… make them feel pain, joy, hope, fear… Take them on an emotional journey… for them to have a respite in the these crazy times and be entertained and lose themselves in the moment.