With a Country and Soul Groove, Marcus King Drives ‘El Dorado’ to the Grammys 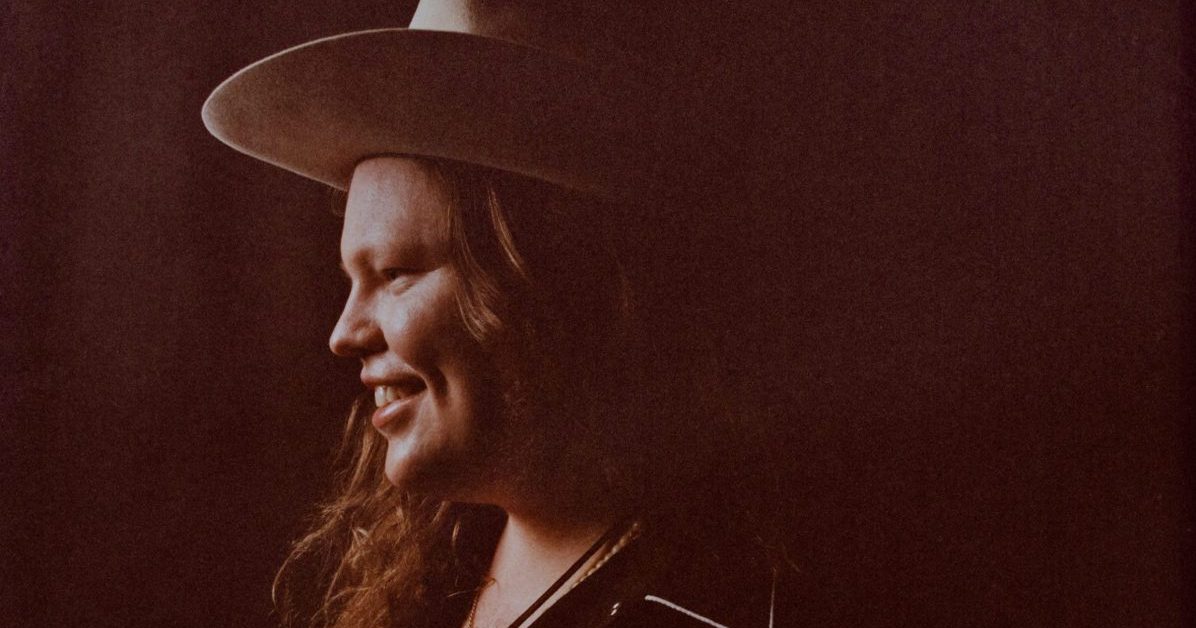 Thanks to a Grammy nomination for Best Americana Album, Marcus King is getting a second chance to make a first impression.

At the dawn of 2020, he’d been poised to become a breakout star in roots music, able to deliver an electrifying show with the soul chops to match. After three albums billed as The Marcus King Band, his solo debut record, El Dorado (produced by Dan Auerbach), received positive notices just about everywhere, including BGS. But as the year unraveled, so did his touring plans. In response, he turned his attention to songwriting, ended up booking some socially-distanced shows at drive-in movie theaters, and even landed a spot on The Tonight Show With Jimmy Fallon. And with attention from the Grammys, he’s back in the game — although he’s been surrounded by music from the time he was a kid.

“I don’t remember a time when it wasn’t entirely prominent in my life,” he tells BGS. “Just a focal point of every conversation or thought that I had.”

In the interview below, the 24-year-old performer talks about the family influence of his father and grandfather (who were both musicians), his earliest years on the stage, and the advice he’d give to teenagers with an equally burning desire to pursue a life in music.

BGS: There’s a lyric in “Wildflowers and Wine” that refers to an “old scratchy record.” I’m assuming you’re a vinyl collector. How did you go about building your collection?

King: It started when I was about 11 years old. I started with my mother’s collection and my dad’s collection, because in the early ‘90s that was dead technology, you know? They had tapes and CDs, so I inherited everybody’s collection. I inherited my Grandpa Pete’s big old stereo from the ‘50s when nobody wanted to carry it around anymore. The first record I bought on my own was Robin Trower, Bridge of Sighs. I just remember that smell of the record store and all those gatefolds and tools that went with it for cleaning your records. You know, the care that goes into it.

Who are some of your country influences?

Man, my grandfather spoon-fed me on all the good things country when I was growing up. We lost him when I was 14. He was a big country music proponent his whole life. He played in the Officers Band when he was in the Air Force in the ‘60s and he and his band backed up Charley Pride when he came over and played Ramstein Air Force Base [in Germany]. He backed up a number of legends over there. They asked him on the base television that they had over there, what he had to say to all the troops, and he said, “Long live country music!” So, he started me young on Charley Pride, of course, and George Jones was our jam. That’s what we listened to the most. Willie Nelson, Merle Haggard, Waylon Jennings… The list goes on and on, you know how that is.

Who are your influences when it comes to showmanship?

As far as showmanship’s concerned, I mentioned that my grandfather was really into country music and I grew up listening to country music with him. And my father turned me on to the Allman Brothers and Southern rock and blues guitar players like Albert, B.B., and Freddie King. What I discovered on my own was soul music. And the first artist I remember really, really digging was James Brown. I just loved the way that he controlled the stage and the way he controlled his band.

You know, to speak about my grandfather, Bill King, again, his biggest advice to me was that you’ve got to dress for the show, never get on the stage without your boots on, and you just need to dress like you’re not there to see the show – but you’re there to put the show on. Showmanship was always instilled in, early on. Well after the importance of knowing how to play your damn instrument, but it was an important one.

I’d read that you started playing professionally at 11 years old. What kind of gigs were those?

It was a lot of Christian bookstores, a lot of coffeehouses. We just played anywhere that would take us. My father is a born again Christian and a blues guitar player, which was a really niche market at the time. So, he wanted to play Hendrix covers but he would rewrite the lyrics from like “red house” to “church house.” And that would be our foothold into the Christian community. He went through his fair share of hard times with that, trying to be accepted into a gospel music community. Because he had long hair and played “the devil’s music.” But that was the kind of venues I started playing.

Were you with your dad’s group, or playing with your own group?

From there, I tried to be whatever he needed. If he needed a rhythm guitar player, I’d do that, or if his drummer couldn’t make it, I’d play drums. Or his bass player, same situation. I was just there for whatever needed to be done. I just liked to play. When I was 13, that’s when I took on the leadership role, or started the process.

At what point did you start driving? Did they put you behind the wheel when you had gigs?

I was real tenacious about that, man. I had a real roaming nature about me. I was a Bassett Hound. I’d put my nose to the ground, look up, and be lost as hell. I wouldn’t know where I was. So, I was just ready to go and didn’t care where. I got my learner’s permit when I was 14 in South Carolina. The only stipulation was that I could drive as much as I wanted in the daytime, but in the evening, if I needed a licensed driver in the car with me.

So, to me, that meant I needed to hire a band of adults who could act as chaperones for me in the bars, and that could be licensed drivers in the car. Then I could be the sober driver at the end of the night. I had a good situation for anybody who wanted to come play with me. I would drive them there. You could drink as much as you want because I’d drive us home. And I’d get you paid good because I kept us working, at least four or five nights a week. I’d book us under a fake name, through my email, so people would take us more seriously.

What was it like being 14 years old, up on a stage in a club? Did you like it?

Oh man, I loved it! I saw my future ahead of me when I got there. I had to deal with my first drunk audience member. Or I had to play louder than a drunk argument. Or I had to have my first encounter with a lousy club owner that didn’t want to pay us. I saw my first bar brawl. I loved it, I ate it up. You go in there and you’ve got to have an assertiveness about you, but then again, you don’t want to be a 15-year-old asshole that nobody wants to work with.

I’m glad that that didn’t happen. But you had to be assertive because, being 15 years old, there was a lot of opportunity. You know, I have a lot of faith in human beings but there is the opportunity that people will try to rip you off. There was a lot of navigating those waters and it worked out good. I had a lot of great experiences in those days.

Were you going to high school during this time?

I was. I was going to high school and playing four or five nights a week. But, you know, I wasn’t up to no good, so my dad didn’t really see much harm in it. He was supportive of my dreams, but he was torn, though, because I was having trouble in school. I was just not interested and I was hyper-focused on music, so that was difficult for him as a parent but also as a supporter of my dreams. But it worked out.

For teenagers now in that same situation, what message would you send out to a kid who’s frustrated at the moment, but knows they wants to have a career in music?

I’ve always said, you knock on every door, and if they don’t answer the door, knock ‘em down. It’s sometimes better to ask for forgiveness than it is for permission in this industry. You know, it’s a thin line you’ve got to walk. You’ve got to know your worth but you can’t have a big head. You should never be overly confident. Never be your biggest fan, but be your second-biggest fan.