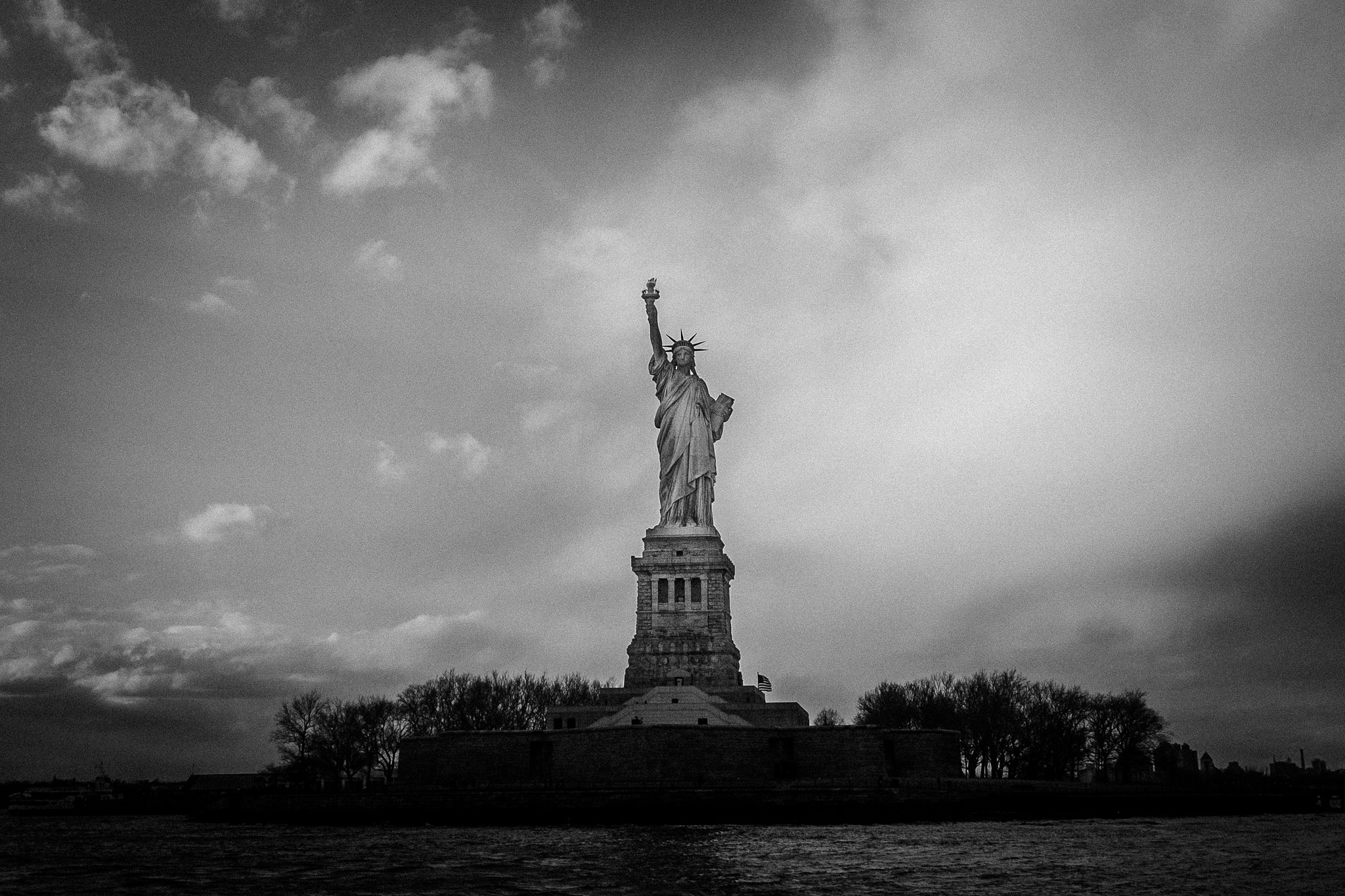 It all started in the Hague. I was backstage getting ready for the first night of tour with the Mastersons when the Dutch venue crew turned on a live broadcast of the inauguration. I’d hoped that touring Europe during the early days of the new administration would offer a bit of relief from the constant media bombardment that I’d been experiencing in America, but it turned out that the opposite was true. American politics are world politics, and so the rest of the trip was spent responding to questions about current events that had no good answers.

There was a sense of dread every time I connected to a hotel WiFi network. What executive order had been signed since the last time I had Internet access? Who was the president attacking now? What progress was being undone? Dressing room conversations often centered around feelings of frustration and helplessness at being so far away from home during such a tumultuous time. My friends were back in the States protesting, but outside of attending the Women’s March in Amsterdam, there seemed to be little I could do to participate. That changed after a backstage chat with Shovels & Rope in Gothenburg, Sweden, though. I left the venue that night feeling fired up and reinvigorated about the power of music and what I could do as an artist to make my voice count, and I decided the minute I got home, I would start work on the Won’t You Be My Neighbor? EP.

This group of songs is my attempt at channeling all of the anxiety and energy and negativity of 2017 into something productive and positive. I wanted to bring together a diverse group of artists I admired and create a collection of political music for a cause I believe in, but I also wanted to push on the idea of what exactly makes a song political. The tracks here are a mix of covers and originals reimagined for a year in which kindness and empathy have become their own form of political statements. I remember lying in a hotel bed in London watching the Super Bowl and reading about the uproar from conservative outlets about commercials that advocated for treating immigrants and the poor with civility and respect. Displays of human decency were being treated as attacks on Trump. (How that doesn’t give his supporters pause to consider which side of history they’re on, I may never understand.)

The collection opens with “This Land Is Your Land,” which includes background vocals contributed by Josh Ritter, but it’s perhaps not the version you’re used to hearing. I peppered it with samples of American political speeches from George Wallace to Donald Trump to highlight that the struggle for equality — whether it be in regard to race, religion, sexual orientation, nationality, etc — is an ongoing one, not simply a part of our past. I also used Woody Guthrie’s full 1940 lyrics, in which he denounces walls and bears witness to the struggle of the poor. “As they stood hungry, I stood there wondering if this land was made for you and me,” he pondered. We don’t teach those verses in school, but I think they’re important. Being patriotic means holding the country you love accountable to its own ideals and asking the tough questions.

The song feels even more prescient in light of the president’s decision to withdraw from the Paris climate accord. Guthrie’s not just singing about the concept of “America” here; he’s very literally singing about the trees and the air and the water. If these things do, indeed, belong to all of us, then it’s our duty to be responsible stewards of them. This land doesn’t just belong to us; it belongs to the countless generations yet to come.

Some of the songs I covered surprised me as I dug into them. Bob Marley’s “One Love,” for instance, revealed itself to be entirely devoid of rhyme. Separated from the music, the lyrics felt like a prayer or recitation (in no small part because some of them are lifted from the Bible), so I decided to recast them over a very solemn, hymn-like arrangement. I’d always been a fan of Tom Petty’s “I Won’t Back Down,” but with a professional bully in the Oval Office, the urgency of those verse lyrics hit me harder than I expected. And I’m not sure “Won’t You Be My Neighbor?” has ever served as a protest anthem, but in these days of refugee bans, ICE raids, and border walls, I can’t hear it as anything else.

All profits from sales of this collection will be donated to the International Rescue Committee to help fund their efforts aiding refugees around the world. Everything was recorded at no cost in bedrooms and home studios around the country, and all the guests contributed their time and talent out of the goodness of their hearts. Even the packaging is made with recycled cardboard and is handpainted at home in Brooklyn. I hope that folks enjoy the collection and think about what the songs have to say, and I hope that the money we raise with it can do some real good for people who are in desperate need around the world. I know a project like this is a small gesture in the grand scheme of things, but I truly believe that every little bit counts in the fight for what’s right.

See you around the neighborhood,
Anthony D’Amato

For the Won’t You Be My Neighbor? charity EP, Anthony D’Amato created a stripped-down collection of reimagined political music to benefit the International Rescue Committee’s refugee aid efforts. Musical pals — including Josh Ritter, Sean Watkins, Israel Nash, Michaela Anne, the Mastersons, Lizzie No, and MiWi La Lupa — contributed background vocals. Donate to the cause and pick up a handprinted copy of the EP here.