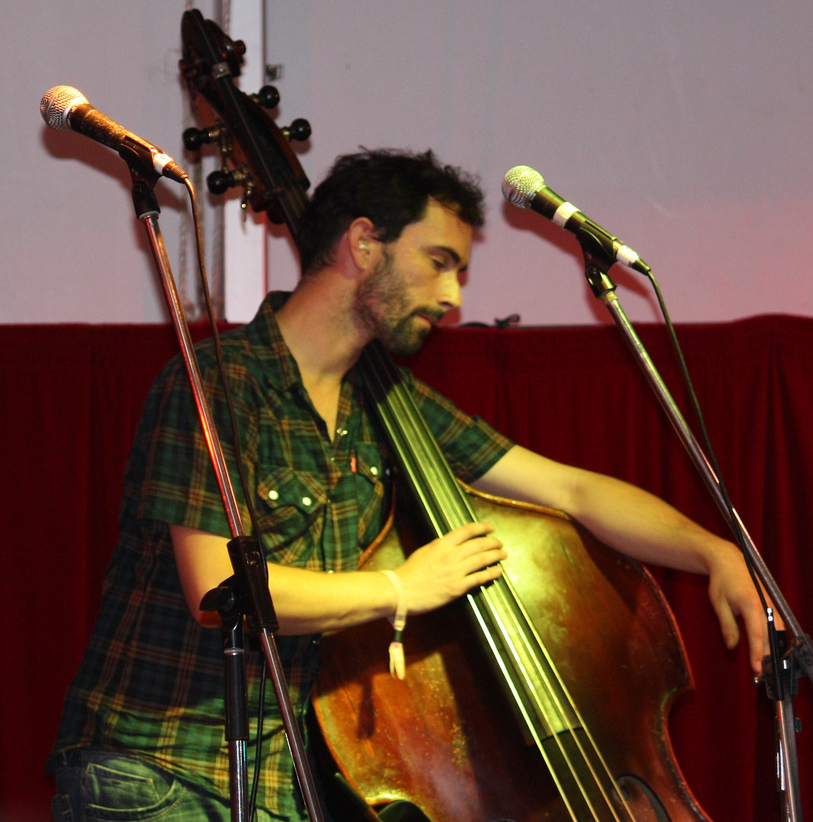 PORTLAND, OR — Two members of up-and-coming folk/roots trio the Blue Biscuits tentatively broached the subject of new band member and bassist Ted Baker with each other on Friday night after their modestly attended house concert.

“I was really vibing our sound tonight,” singer/guitarist Sam Crenshaw said, lowering his voice. “But maybe we should talk to Ted about eating hummus on gig days. He’s a really nice guy, but his farts were so rank it felt like I was chewing on them all night.”

“Yeah, couldn’t he have used the upstairs bathroom after the show? The people in the dining room had to find an excuse to go outside.” Fiddler Todd Brown then paused and considered, “He did offer to be the one to sleep on the pull-out couch, though, so that was super nice.”

Earlier that evening, Crenshaw and Brown exchanged a look when Baker started texting during stage banter and, unbeknownst to both members, the affable upright player had also been turning his volume up a little bit after every song. At set break, Baker defused a potentially tense situation after spilling his fourth beer on Crenshaw’s amp by offering the singer sincere and insightful compliments on his performance that evening.

“He’s really such a nice guy,” Brown reasoned. “It’s hard to get mad about little things when his heart’s in the right place. Don’t sweat the small stuff, right?”

The two longtime band mates have done their best to preserve that attitude through several last minute no-shows, a highly questionable payout split at a big club gig, and 15-minute bass solos during their sets.

“Ted is a player’s player. He’s the nicest guy and loves the music, so it’s tough to tell him to dial back on the jamming.” At the same time, Crenshaw noted that a sizeable portion of audience members had either fallen asleep or quietly slipped out during Baker’s third solo. “We’ll figure it out,” said Brown. “I definitely don’t want to give up the good thing we have going with the band dynamic.”

While Crenshaw and Brown were contemplating the future of the band, Baker was seen making a pass at the house concert hostess as she went to refill ice from the garage.