The BGS team and our co-founder Ed Helms are excited to announce Whiskey Sour Happy Hour, a 21st-century online variety show to benefit MusiCares’ COVID-19 Relief Fund and Direct Relief.  Debuting on April 22 and presented in partnership with the Americana Music Association, TX Whiskey, and Allbirds, new editions of the event will be broadcast each Wednesday for the following three weeks — April 29, May 6, and May 13. The shows begin at 5 pm PT/8pm ET.

With Helms serving as host of the series, Whiskey Sour Happy Hour will draw on his long-running Whiskey Sour Radio Hour shows at LA’s Largo to bring world-class music, comedy, and interviews directly into homes across the country and world.

Whiskey Sour Happy Hour can be streamed right here on The Bluegrass Situation, as well as on our YouTube channel. Other confirmed guests for the series include Chris Thile, Yola, Billy Strings, Sarah Jarosz, Rhiannon Giddens & Francesco Turrisi, Rodney Crowell, Aoife O’Donovan, Robert Ellis, and our current Artist of the Month, Watkins Family Hour. Additional artists will be announced in the coming weeks.

“As soon as we realized the severity of the current crisis, Ed and I both knew we had to do something to support both our musical and medical community—and not just a one-time thing, but something that could promote more sustained giving through multiple shows,” says BGS co-founder Amy Reitnouer Jacobs. “In a short amount of time, our BGS family of artists has come together in such a big way to make this happen. It makes us feel like even though we’re all separated right now, we’re closer than ever before.” Fans will be able to donate to MusiCares and Direct Relief here, as well as via links provided wherever viewers watch the show. 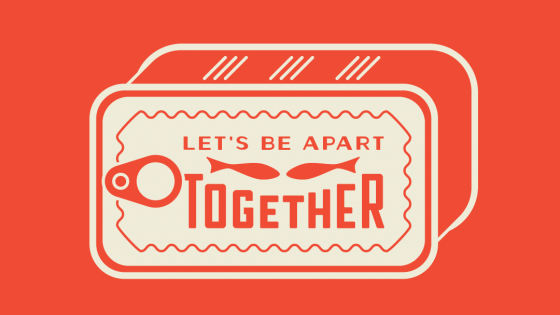 In addition to supporting Whiskey Sour Happy Hour, TX Whiskey has already stepped up their efforts to combat the COVID-19 pandemic, shifting 100% of their production to making hand sanitizer. As of March 31, the TX team has produced 800 gallons of hand sanitizer for government agencies. With more raw materials inbound, TX Whiskey is currently positioned to make and bottle 5000 more gallons of sanitizer. On top of that, TX Whiskey continues to support local musicians by giving them an online stage and revenue generator through their Straight From the Couch Sessions — streaming every Friday night in April on IGTV.

Also a presenting sponsor for Whiskey Sour Happy Hour, Allbirds have been working hard to lift up the healthcare community responding to COVID-19, having already donated $500,000 dollars worth of shoes to healthcare workers nationwide. While supplies last, customers are able to bundle any shoe purchase with a donation to immediately supply a pair of Wool Runners to a healthcare professional who’s already reached out to Allbirds for support. Don’t need a new pair yourself, but still want to help? That’s an option, too.

Special thanks to the Americana Music Association for their partnership and support!