Singing on the Land is a virtual music project that celebrates stories and historic sites across North Carolina through the voices of North Carolina musicians. In this installment, Arnold Richardson plays a hand-carved red cedar American Indian flute alongside Netye Lynch on a hand drum. The performance is filmed at Magazine Spring in Historic Halifax. Watch an interview after the song, as Richardson talks about the spiritual feeling from the property, the courtship ritual of music, and the remnants of his Native American ancestors. He is a member of the Haliwa-Saponi tribe of eastern North Carolina.

Developed by North Carolina State Historic Sites and Properties in partnership with the North Carolina Arts Council and Come Hear NC, each installment of the series will highlight one of North Carolina’s 27 state designated historic sites. Each episode of Singing on the Land will feature a single-song acoustic performance by a North Carolina musician(s) paired with short interviews and environmental footage of the site’s landscape and landmarks. (Find out more.) 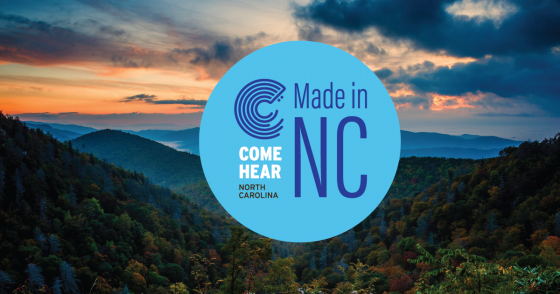