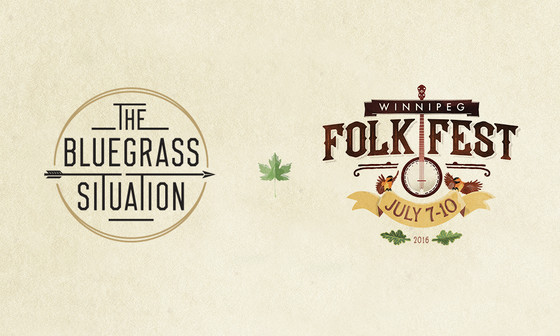 Summer has just officially begun, but we're already well into festival season. One gathering we're especially excited about is the Winnipeg Folk Festival, which takes place just a few weeks from now, July 7 – 10. We'll be on site with "Bluegrass Situation North," which includes performances from the Foggy Hogtown Boys, the Infamous Stringdusters, the Wild Reeds, and Noam Pikelny.

We'll cap off our event on July 8 with an Album Hour All-Star Jam, which will see our fair artists performing the classic Eagles album Hotel California. There's so much more great music taking place during the festival, though, that we'd be remiss if we didn't share more with you.

Winnipeg has some stellar Canadian musicians lined up this year, and Basia Bulat is one of them. The talented Toronto-born songwriter is known for her thoughtful folk tunes and for knowing her way around an autoharp.

It's always a pleasure to catch Wild Child, an Austin act known for raucous live shows that live up to their name. Look for tunes from their 2015 album, Fools, during their Winnipeg set.

Eagle Rock isn't exactly a gospel Mecca, but the Eagle Rock Gospel Singers are a welcome, if surprising, addition to the genre, offering a fresh take on old-time religion.

If you haven't seen Son Little live yet, do yourself a favor and add him to the top of your must-see list — his soulful blend of blues, rock, and R&B is not to be missed.

Do we really have to explain this one?

Canadian singer/songwriter Lisa LeBlanc is, as she describes, a "folk trash" artist, meaning she serves up her folk with a heaping helping of punk rock. Come for the fun genre name; stay for LeBlanc's biting lyrics and mad banjo skills.

Rayland Baxter's 2015 album, Imaginary Man, is still on heavy rotation here at the BGS and, thanks to his beautiful vocals and infectious energy, he also remains one of our favorite artists to catch live.