A Hard Religion: An Interview with Robbie Fulks 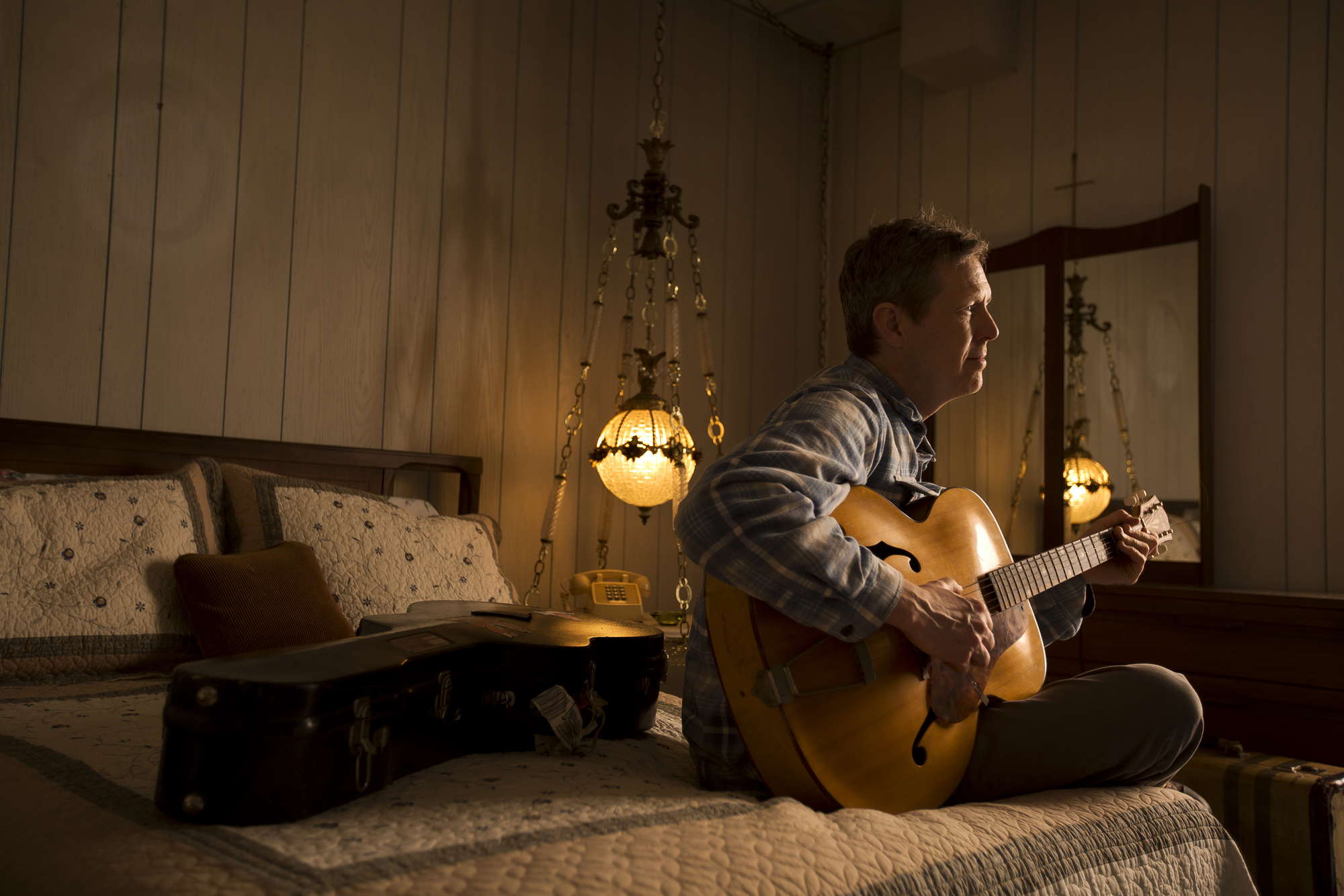 Robbie Fulks is the type of songwriter capable of mining myriad material sources for his work. His life and the lives of those around him are all fair game. On his new release, Upland Stories, the lives of those long gone even come into play. Some of the tales told here date back to 1936, when writer James Agee and photographer Walker Evans set out to capture sharecroppers' stories in Alabama, eventually collecting them in Let Us Now Praise Famous Men. On other cuts, Fulks reaches into his own history to sketch out in stark relief the often hard-scrabble lives he remembers from growing up in Virginia and North Carolina.

I'm always curious about geography as an artistic factor. You've lived in a few different places in your life — Pennsylvania, Virginia, North Carolina, New York. Tell me why Chicago makes sense as a home base for a roots musician.

I came here because I knocked my girlfriend up and her family had a nice place in the suburbs here. Before long, I had knocked another Chicago girl up and just couldn’t leave … old story. Anyway, I quickly found that there was no shortage of clubs and other outlets for musicians in Chicago. I got a job at Old Town School [of Folk Music] teaching, and started playing in little clubs like Holstein's and meeting pickers, and eventually I drifted into Greg Cahill’s band, Special Consensus. Because it’s such a big place with a decent and diverse economy, musicians like me can make it work out in Chicago, even with its disadvantage of not being a music business place. I try to counter the disadvantage by keeping in touch with people who move on to become famous on the coasts, and traveling all over doing shows.

Similarly, you've been a bit of a musical nomad, as well. Will you always come back to your folk-country home base, sooner or later, as you've done on Upland?

Donna and I talk pretty constantly about moving southward, where I fit in better musically and, in some ways, temperamentally, but I doubt it’s really in the cards — at this point, I have a fucking grandson here. Oh, but I think your question means am I, at heart, a folk-country musician? I just call myself country. It’s a big country.

Pretty clever of you to step into James Agee's shoes for some of these stories, particularly considering what's going on in the country currently. How'd that all come together for you?

Brian Yorkey, the playwright, and I were talking about a show to collaborate on and, in going over the themes that crop up over and over in my stuff — like memory and family and hardship and Southernness and so on — [Let Us Now Praise] Famous Men came to mind. I hadn’t read it for a long time and never read it in more than excerpts. I was shocked to find how much it turned me off — the writing was so calculated to annoy the reader, and the boring detail and purple language were too reminiscent of … I don’t know, the covenant-building section of “Exodus.” But the original piece he wrote, rejected by Fortune and decades later republished as “Cotton Tenants,” is sharp and beautiful; and I still admire his talent and accomplishments across a wide swath of genres … and, of course, his dangerous sexy-suicidal charisma, as well.

I wrote seven or eight songs in starting the project, and the three I included on my record felt to fit my voice well, and were just favorites of mine, for whatever reason.

Tying then to now, America is still a very hard religion, wouldn't you say? The more things change and all …

Of course any comparison between the 1930s and now is inexact and, on its face, it may seem ludicrous to suggest that the lives of cotton sharecroppers — which were hardly better than feudal serfs — have any analogue in today’s America. That’s the tough position that song stakes out, if you know, going in, that it’s related to Famous Men.

If you don’t, it simply articulates the harsh life and mindset of a resourceless person whose body hurts from work, who sacrifices children to war, who can’t hope to change his or her prospects, who takes pleasure in a fantasy of being happier after death, and whose stoic complaints are a sort of art form. 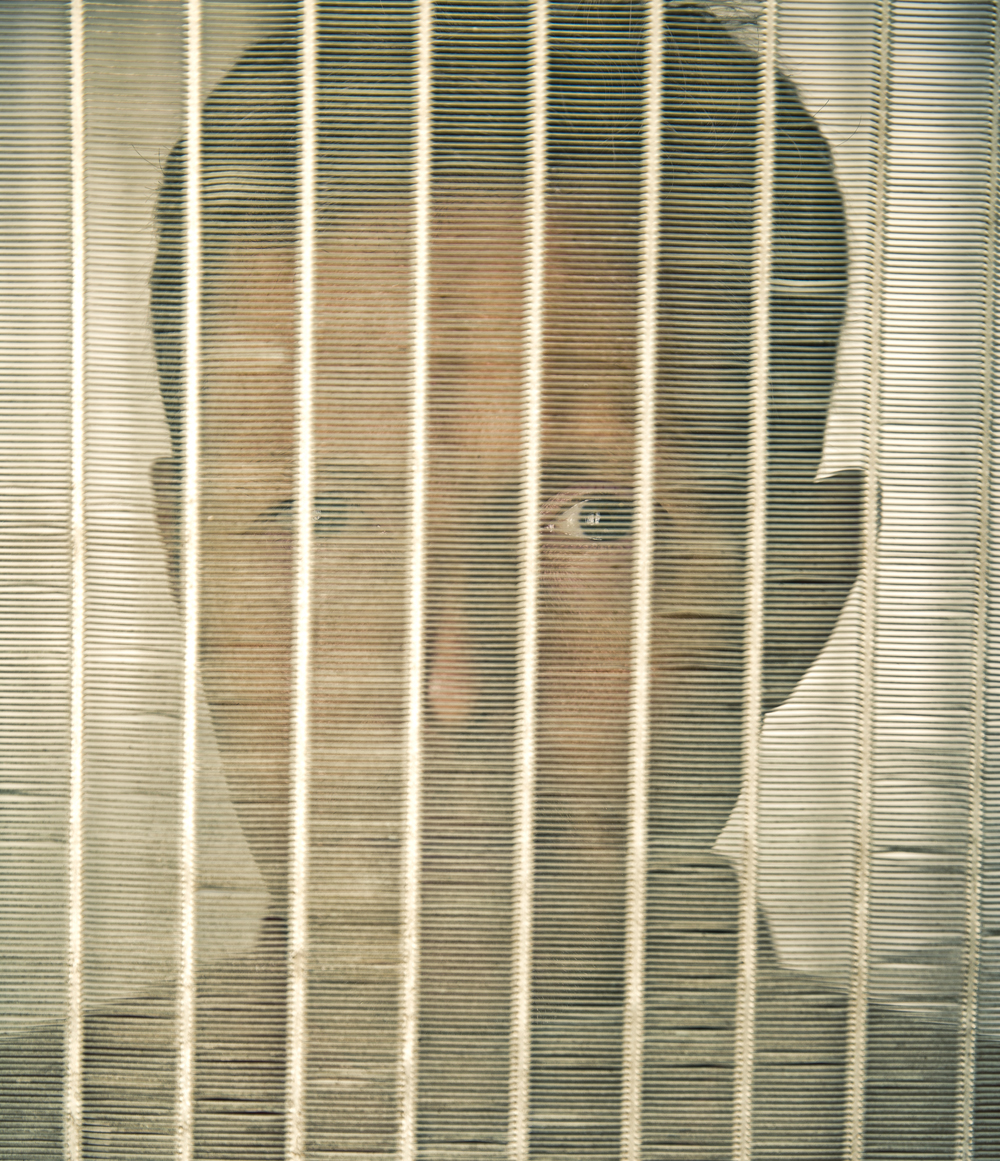 What's it take to write a funny song well? And to have them fit into an overall mix with non-funny songs?

I’m not sure a modern music listener accepts the transition on an “album” between funny and solemn. I grew up in an era that did, so it feels natural to me — light and dark, sharp mood swings, relate strongly to lived experience, in my view — but I’ve sometimes gotten the impression that a comic persona spoils the audience for anything else. “Look, that’s Cinderfella who we used to laugh at. Now he’s doing death camp tragedy and helping kids, Jesus Christ.”

My funny song influences are widespread. Stan Freberg, Michael Flanders, Tony Hendra, Bill Carlisle, Sheldon Harnick, Don Bowman, Loudon Wainwright, Cole Porter, Randy Newman, on and on. That list shows the fluidity and breadth of what I think of as funny or as a funny song. Basically, I think the same skills to write that way are the same as to write any song; but the instinct for the laugh-getting … who knows? As Steve Martin says, “If you put a slice of baloney in each of your shoes, you feel funny.”

Having done a few cover tunes along the way, what do you look for in a song? Something you don't think you could come close to writing? Some phrase that slays you?

I did Merle Kilgore’s great and moving song “Baby Rocked Her Dolly” on Upland Stories. iI strikes me as something I could have written myself, almost, but has a little something that’s beyond me or, perhaps, outside of me. The songs written by others that infect me, so to speak, to the point where I want to make a record of them and then sing them 200 times afterward in performance, a lot of them probably have that quality — they fit my voice, but there’s some feature that’s outside my bailiwick enough as to compel my admiration or envy. But, ultimately, songs infect a writer for the same reason as they do a non-writer: A good song makes you want to own it.

You did some time on Music Row. If creativity is alive and, mythologically speaking, associated with a muse or goddess, is there a way for formula writing to be something more than empty and soul-less?

I don’t think anyone alive would call himself a formula writer, but those writers that focus on a market and learn what it takes to satisfy it and bang the bell again and again, those people have their place. In the olden times, the industry seemed to offer more rewards to the popular music writers who were both commercially and artistically motivated, such as Chuck Berry, the Bryants, Lennon and McCartney, Carole King, Willie Dixon, Harlan Howard … people these days that are that talented are either in littler niches or get their gravy from film, TV, theater … something other than product geared for radio-driven sales. All my impression. I really don’t know much about it.

In my Music Row years, there were publishers who were very sensitive and smart sounding boards and constructive editors (not mine, alas, but still). But I'd guess that, as the commercial musical sphere has gotten stodgier and simpler and shoddier, these people have grown even rarer.

With all that you've done and seen throughout your career, is there any moment you'd like to go back to and relive or re-do?

Every single one of them!