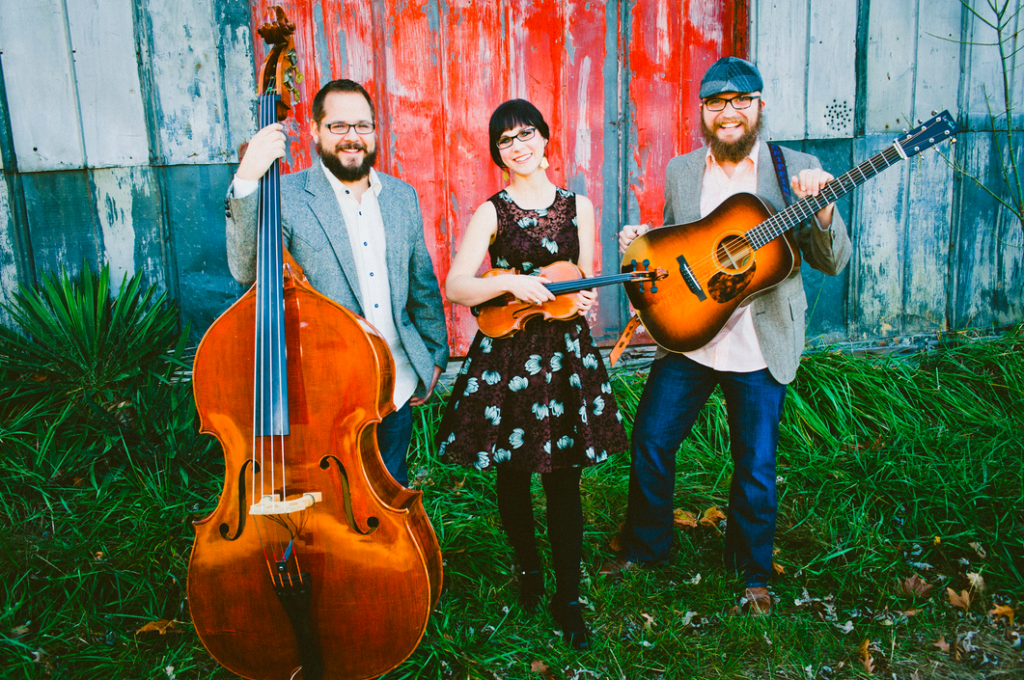 APRIL VERCH holds fast to her Ottawa Valley influences on her ninth album, Bright Like Gold, out today (April 2). The world-renowned fiddler and step dancer continues to impress with her skills as an artist, adding songwriter to her credits with thoughtful and captivating lyrics. Mixed in with several original compositions (including songs from April Verch Band members Cody Walters and Hayes Griffin) are string-band traditionals and what can surely now be called a classic from Loretta Lynn and Peggy Sue Willis, “Don’t Come Home a Drinkin’”. April’s musical life began decades ago and has led the young musician to international stages making bluegrass fans take note of her, including legends like Mac Wiseman who lends his vocals on her latest album. Just hours after arriving in Nashville, April took some time to give Sitch readers a bit of background on the road to her latest release, and why changing times don’t need to change your roots.

Five lucky readers will win a download of April’s new record, BRIGHT LIKE GOLD, plus a gold arrow necklace (just like the one April wears on the left!)  Email [email protected] for your chance to win!

You’ve been performing and playing for a really long time, could you tell me about the environment you grew up in and what sort of artistic freedoms you had?

Well, I’m from the Ottawa Valley (that’s the name of the region that I’m from in Ontario) and there’s a strong tradition there of fiddle and step dance and country music. My parents were both fans of that scene. My dad actually plays guitar and sings, just as a hobby, not professionally. But they were always attending those kinds of events and music things before my sister and I came along. And then my sister and I took step dancing lessons and were around the music, and I think that’s what made me want to play. Every time I was around it people were having a good time and I loved being a part of it.  I loved the sound of the fiddle as well, so that’s kind of how I got into it. As far as artistic freedom, that was pretty much all I knew, I thought every kid wanted to play the fiddle. [laughs]

What came first, the step dancing or the fiddling?

I started dancing when I was three. My older sister was taking lessons. I wanted to fiddle right away but my parents thought maybe I was too young, so I got a fiddle when I was six, for my birthday.

That’s still pretty young! I was reading a little about your background, I know you started playing the fiddle and then took lessons in classical violin.

Yes, that’s right. I started fiddle lessons at six and learned from local teachers by ear and started taking classical, as well as fiddle, when I was 10. A few fiddle players that I really looked up to told me that I better get some classical lessons because I was learning from teachers that were mostly self-taught and didn’t actually know how to hold the instrument and that sort of thing, so it was holding me back a little.

When did you begin songwriting?

As you’re progressing as an artist what are the great things and the challenges of adding in your lyrics to your songs?

I guess the challenge is that you always feel a little bit more vulnerable when you’re writing lyrics. Because tunes can mean different things and nobody would know [laughs]. You’re always putting a certain amount of yourself into songs, which is interesting. It’s liberating and challenging at the same time.

How long have you been playing with your bandmates?

Cody [Walters], the bass and banjo player has been in the band since 2006, 2007, somewhere in there and Hayes [Griffin] on guitar joined us last May.

Do you usually write your music together?

Actually, so far we have only written separately but then we arrange things together. I think a large part of that is just how busy our touring schedule is! We don’t actually have time to sit down together very often and just write. But we’re hoping to change that and do some writing together. We’ve actually just recently started talking about that. But up until now, yeah we write separately and then arrange things.

You have been touring SO much, just from what I’ve seen, and I notice you’ve toured a lot in Europe and in Canada, of course, and around the U.S. and around the world. Do you have a favorite place to play?

We don’t really have favorites, we feel really lucky to do what we do. To be able to make a living out of it and see so much of the world and share our music, so really, we honestly are living our dream. I guess if I had to choose we always feel like it’s more special when we get to do it far away from home, because we’re often bringing something that people haven’t experienced before which feels like a real honor.

What kind of reaction do you get in, say, Belgium?

It’s great! Every crowd’s a little bit different. It always takes us a couple of nights, a couple of shows, when we go somewhere like that to kind of feel out how to best relate to people. Because a lot of our show, too, is, you know, talking in between the songs and the stage banter and just trying to figure out what works and what doesn’t, what people are going to relate to. But once we get that down, it’s a great response!

How long have you been touring?

I always performed, even growing up I had lots of great opportunities, especially in the summer when school was out, so performing forever but touring full-time since 2000.

Wow! And I think I read somewhere that this is your ninth album…

How are you keeping the challenges up and pushing yourself?

I think it’s always a challenge because you’re always trying to be better, you know? Just for yourself. And I guess I feel like I’ve been doing it long enough now to just record whatever I like, which is nice. I think for a while, when you’re still starting out, you’re worried about what’s going to go over and what’s going to get radio play and what’s going to sell. I’m not so worried about that anymore. I feel like we’re established enough that we can really just do what we like and it’ll work out and come across.

Do you sense that because of bands like Mumford & Sons and Old Crow Medicine Show and bands that have fiddles in their groups, the genre is breaking out to different audiences? Have you noticed any of that along your touring?

Yeah, I think we benefit in a way from what they’re doing because it does open up people’s ears that might not have heard this genre of music otherwise and maybe they’ll take a second look at our poster. [laughs] On the other hand, I feel like what we’re doing approaches music in a different way. I enjoy what they do but they’re kind of taking it and moving it in a new direction and what we’re doing is a little bit more traditional. Even the stuff that we’re writing, most of it sounds really old, like it’s been around forever. We try to do it our own way but have it still sound traditional and old.

It definitely does sound like there’s a history behind it.

Yeah, and that’s not for any particular reason. I think it would probably be easier for us in some ways to market it if we took another approach, but it’s just what we love and I think I’ve learned [that] you have to really do what you’re passionate about and be true to yourself, even if that makes the road harder sometimes. In the end that’s usually the right move.

The April Verch Band will be touring across the U.S. for the next several months. Visit aprilverch.com for more info on concert dates and to purchase her latest album, Bright Like Gold, out April 2.