Amid Climate Crisis, Emily Barker Brings ‘A Dark Murmuration of Words’ to Light 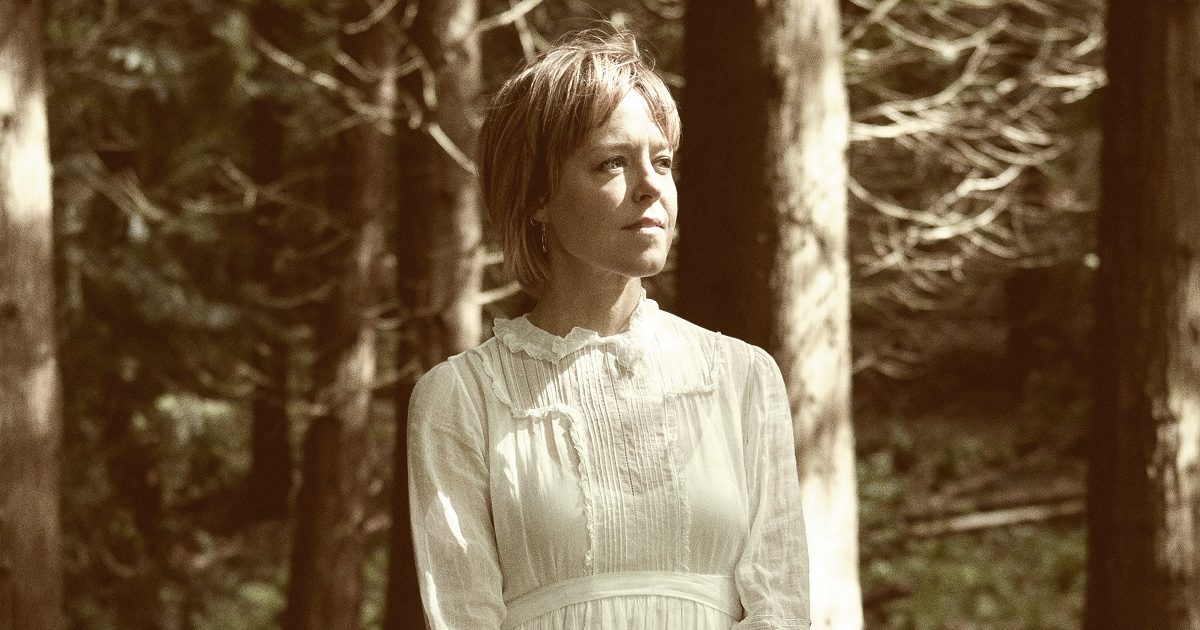 Emily Barker is sitting at home in the southwest of England, as the country sweats through its worst heat wave in 60 years. There’s something not quite right about temperatures of 90 degrees F and tropical downpours flooding the sleepy villages. It’s that kind of creeping unease that’s reflected in her new album, A Dark Murmuration of Words — a moving meditation on the state of the world today, in which climate change is a recurring theme.

Barker, who recorded the songs last November, worried whether it might be too much for an audience reeling from the pandemic. “Before the album came out I was wondering: are people going to want to hear these difficult songs at a time like this? Or do they just want escapism?” In the end, she decided to release them anyway. “I know myself I’ve been needing the hard stuff as a source of comfort to feel that collective experience of all the emotions we’re going through.”

In fact, her music achieves the perfect tone for the many unsettling feelings that COVID-19 has forced us to confront. Barker’s wistful melodies bear the listener along even as her evocative lyrics take you into uncomfortable territory. “Strange Weather” grapples with the real-life conversations she has had with her musician husband Lucas about whether to bring a child into a world under threat. “Any More Goodbyes” sounds like a breakup song, says Barker, but is actually a hymn of love to vanishing species. And “Where Have the Sparrows Gone,” with its haunting chorus (“they’re where the woods were once”), takes us into a not-so-distant future where birds have abandoned London, and the city is in lockdown.

The album captures the emotions of anyone struggling to take in the frightening predictions of climate scientists and witnessing the desperate fight of environmentalists like Greta Thunberg to bring humanity to its senses before it’s too late. “Last year the climate crisis was very much at the forefront of all of our conversations and thoughts, wondering what we can do to adapt, and feeling helpless and guilty and angry and upset and all these things,” says Barker, who admits she that even as an optimistic person, she had moments, in 2019, of feeling “really, really pessimistic about it.”

Her response was to try and change her perspective to focus on her closer community. “Sometimes that’s how we cope,” she says. “I have to focus on my immediate community and the things I can change, the conversations I can have, because I can’t fix the world.” Hence the presence on this album of a tribute to Wangari Maathai, “The Woman Who Planted Trees.” The Kenyan activist’s simple individual acts of tree-planting grew an entire movement, empowering the women around her with forestry and beekeeping skills, and educating thousands of people on ecology.

Barker’s new community focus manifested in all aspects of the album’s production. “I wanted to bring in as many local artists as I could,” says Barker, whose band was made up of good friends from the UK’s thriving South West scene, including her husband. “And not only the musicians but the painter who did the art cover and the filmmakers who did the music videos. That fit with the ethos of the album but also with lockdown — we’ve got limitations now and it’s a good reason to make the work happen here.”

Stroud, the town where she lives, sits in a beautiful landscape surrounded by rivers, lakes and rolling hills. She and Lucas have just moved into a new house, and are being visited by electricians and workmen when we talk. The theme of home has been a recurrent one throughout her work, prompted by the fact that she left her country of birth 20 years ago. Having grown up in a small country town in Western Australia, she came to the UK as a backpacker in 2000, and has made her life there.

Several songs in the new album remain redolent of her love for her homeland, from the vast night skies she conjures in “When Stars Cannot Be Found” to the nostalgia of “Return Me” and “Geography,” the music to which she wrote with English rock band 10cc’s Graham Gouldman. “Eucalyptus after rain remind me who I am again,” she sings, and it makes you wonder whether having two homes rather than one is a blessing or a burden.

“It’s less easy in some ways,” Barker agrees, “because I always have this constant question of where should I be. I’m always missing at least one place. Sometimes two places! You can feel quite fragmented.” Every year she escapes the English winter to spend 10 weeks with her family down under. She had just returned before the pandemic hit.

Barker wasted no time, when lockdown began, in reaching out to her neighbours. She saw the “viral kindness” forms that Extinction Rebellion had created and posted help slips through doors on her street, asking if anyone needed someone to talk to, or their errands done. “We had five vulnerable people who were living on their own give me a call and we started doing a weekly shop for them. It was such a good way of meeting people and gave us a sense of purpose, especially with festivals and gigs being cancelled seemingly every hour.”

Purpose and mission are clearly important to Barker. At university, aware that her Australian education had celebrated colonialist settlers and taught her nothing of the oppression and injustice they had brought with them, she sought out a course taught by Indigenous historians. “That was the trigger for me looking into structural racism,” she says. “I never understood growing up why in my country town there were so few Aboriginal people — we never learned about that.”

Recent years touring the US with her friend and mentor Mary Chapin Carpenter led her to research more widely. It was Ava DuVernay’s film The 13th, about the Constitutional amendment that abolished slavery, but allowed it to continue in prisons, which inspired her song “Machine.” Written before the killing of George Floyd, her lyrics prove uncannily timely, sung from the point of view of one of the architects of a system that has oppressed Black people for centuries.

“I covered all my tracks in books on history, justified my actions through anthropology,” she sings. And then, as if anticipating the Black Lives Matter protests that have since taken hold, “a crack has appeared, it keeps me up at night… I’ve been a bully and a sinner now I’m on the way out.”

She has seen, in Australia, how the arts have influenced politics by bringing untold stories and narratives to light. Some of her favourites are Indigenous singer/songwriters Archie Roach and Gurrumul. “I feel like the story of how Australia was settled is really well-known now among your average citizen,” she says.

So there remains hope in her outlook, however challenging times may appear. As she changes her own behaviour — flying less, taking trains when on European tours — she looks for ways to help others confront theirs. “Environment and equality are very important to me,” she says. “And it’s finding the right perspective to write that from and being respectful of the people in society who are suffering.”