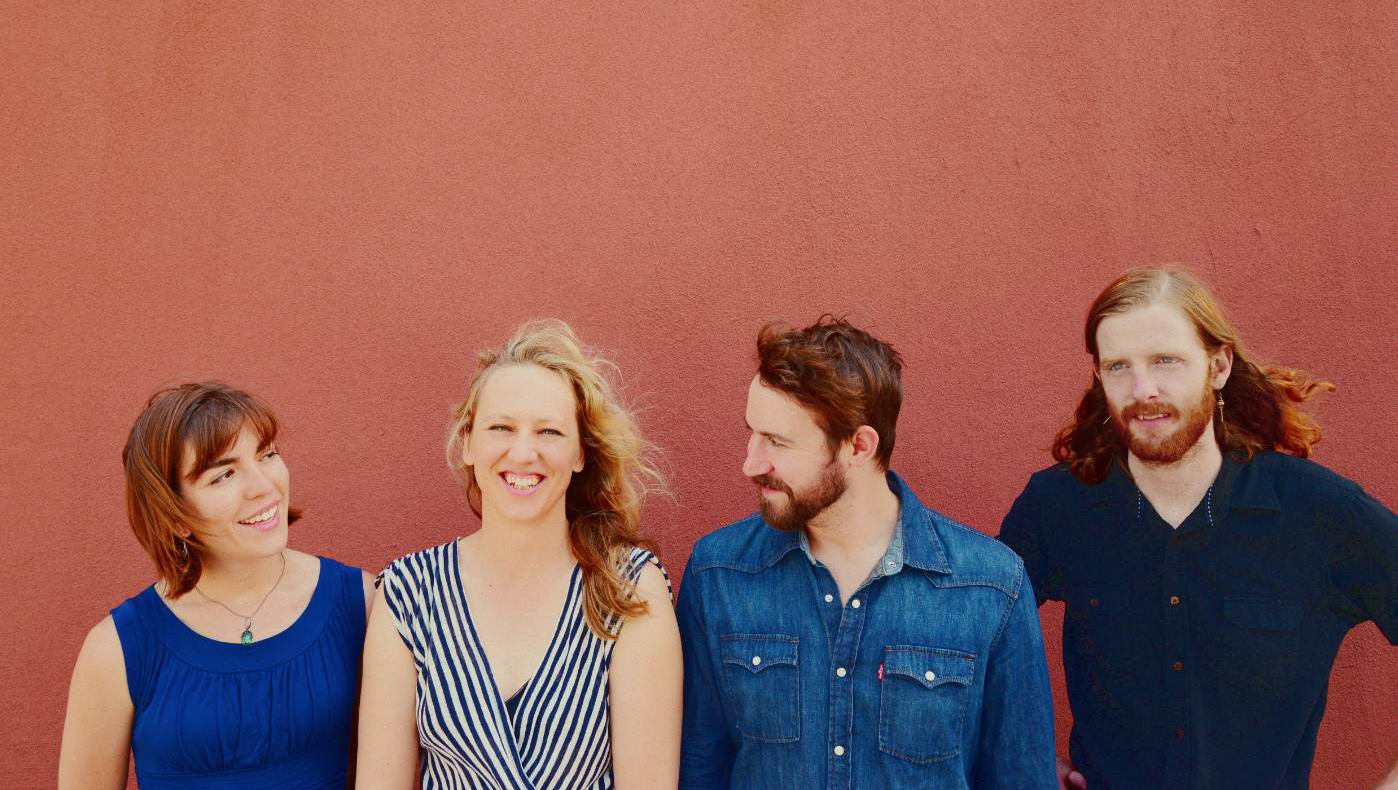 Folk singer/songwriter Ana Egge has been working on her cover of Dolly Parton’s “Wildflowers” for nearly 28 years. The song became an instant favorite for Egge and her mother soon after they heard it on the 1987 album Trio, a collaboration between Parton, Emmylou Harris, and Linda Rondstadt. “It was the first song my mom said, ‘If you learn that, I’ll give you $5,” Egge says. “It took me a long time to learn it, though, and then the $5 never happened. So I would tease my mom about it for a long time.”

Before Egge’s mother passed away last October, she got to hear “Wildflowers” and the other nine songs on the new album Bright Shadow, a collaboration with Americana trio the Stray Birds. It’s a moment that Egge, now a mother herself with a little girl who’s almost two, holds dear. “She loved it,” Egge says. “She thought it was the best thing I’d ever done. Of course, that’s what you’d think since she’s my mom. Every new record was the best thing I’d ever done.”

In her conversation with the BGS, Egge talks about working with the Stray Birds, being a producer for the first time, and why she felt a new sense of freedom in recording her seventh album.

Is it true that you still play exclusively on the guitar you built when you were 17?

Yeah, that’s true. Making that guitar was an opportunity that changed me. It was with a guitar maker named Don Musser, who lived out there in New Mexico where we lived. My parents had an alternative private school and he taught astrology there. I knew he was a guitar maker and I just kind of bugged him with a bunch of questions every time I saw him. That Summer, he asked if I wanted to come work for him as an apprentice and build my own guitar. I was just ecstatic, and he’s such an amazingly talented craftsman. So I worked with him and made this guitar. Playing it is like butter. It has a lot of guts. It’s loud and very even; it’s a small body. I love other guitars, but you know, none of them really compare for me because … that’s Junior! [Laughs]

You’ve talked recently about how the songs on Bright Shadow bring you a lot of joy. Why is that?

I think my approach with writing the songs for this record had a lot to do with the idea of collaborating with the Stray Birds (Maya de Vitry on fiddle, banjo, and vocals; Charles Muench on upright bass and vocals; and Oliver Craven on mandolin, fiddle, slide guitar, and vocals). That was basically the idea. I used to play mandolin a lot more when I was a teenager, did a lot of fiddle tunes, a lot of picking and working out harmonies, stuff like that. When I connected with the Stray Birds, I was basically like, "Oh yeah, why don’t I stop playing with the drums, bass, and electric guitar, and start playing with fiddle? It’s so fun!" So then I wrote songs to do that.

How did you get the idea to do an entire album with the Stray Birds?

I met them at Folk Alliance in Toronto. They were fans of my last record and asked if they could back me up for a set there. So we played in the hallway of the hotel. And right away I was like, “Oh, you guys really do know the songs and you’re amazing. Yeah, let’s do it.” Then we just picked a lot together, traded off songs, and we all felt like we wanted to do more. In the next few months, I just kept writing songs and hearing parts for them. It was going to be just a couple days to try to demo some songs, but then I kept writing more and more. I ended up with 10 songs and I said, "Why don’t we just try to make a record? Let’s not just demo songs, let’s record them in the best possible way we can."

Why did you choose to release the song “Rock Me (Divine Mother)” to Kickstarter backers on Mother’s Day?

There are a few things on this record that are just very … spiritual. It’s a tricky thing to tap into and connect with people in a genuine way, without having it be about God or religion. I really wanted to allow that to be a part of my songwriting. “Dreamer,” “Rock Me,” and “Bright Shadow” all have that spiritual aspect to them.

You self-produced this album. Was that a challenge?

No, I was ready. I co-produced a bunch of records, and I turned it over completely to Steve Earle on the last one. That was great. I learned so much from him. The main thing I got from him was to surround myself with people I trust and go with every creative impulse until it’s done. Do it right away when you have that moment; and respect it when you see it in somebody else who is working with you in the studio — go with their moment. When you have an idea and it’s all happening, you have to be a little bit of a conductor. But when you hand over the reins to others to express what works and what doesn’t, then all the sudden it’s like "Boom, boom, boom!" It’s like a sports team that’s totally kicking ass. [Laughs] Double play! Again!

What was the last song you wrote that made it on the album?

"Dreamer" was the last one. I wrote it two days before we started recording, and we recorded that last. It’s really interesting to think about our lives as dreams because they are so fleeting. There’s a certain kind of mystery that we allow in our dreams that we don’t in our real lives. But if we allow that sort of mystery in our living lives, how wonderful. And why not? We can allow our lives to be more open or just more receptive to people and different thoughts. That’s what “Dreamer” is about.

Is that something you are thinking about more now as a mother?

Yeah, and my mom dying, too. It’s just … well, everything changes. You can build things up and try to protect yourself or you can let things fall away. I don’t have any idea about anything, I’m so humbled by tragedy, death, and being a parent.