Artist of the Month: Chris Thile 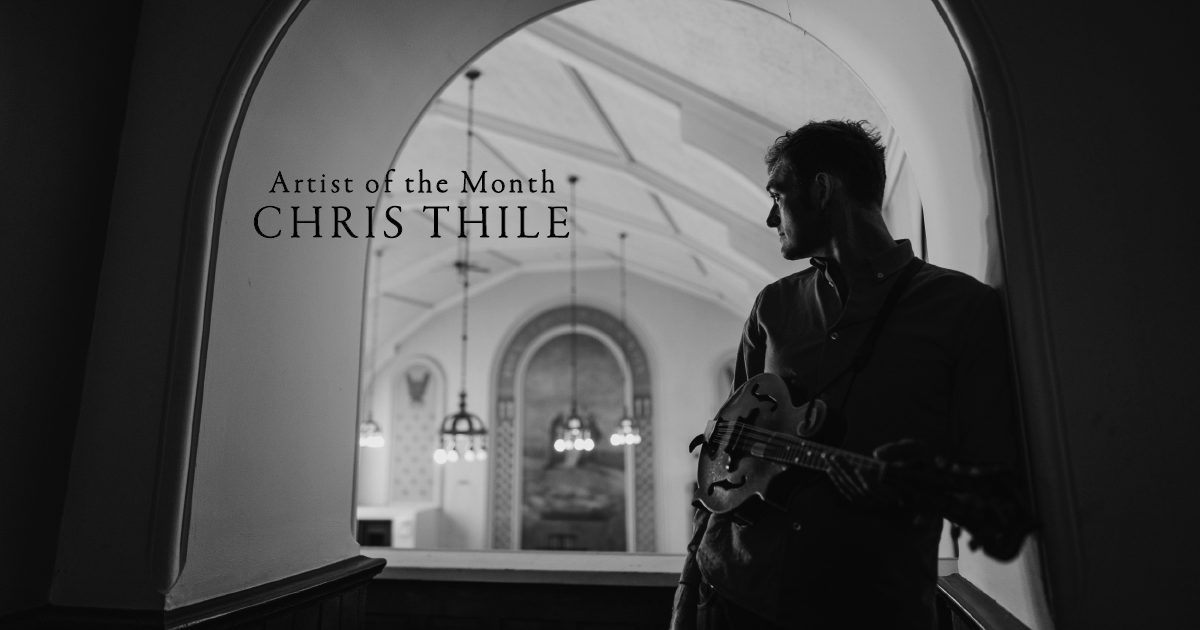 Chris Thile found solace during the pandemic in a church — more specifically, a remodeled one that now houses Future-Past recording studio in Hudson, New York, where he and his family were temporarily living in the summer of 2020. “I went in there to look at the space and instantly felt so at home,” Thile said upon announcing his new album, Laysongs. “I loved the amount of sound around the sound. I had two sonic collaborators on this record: the tremendous engineer Jody Elff and that church.”

With a suggestion from Nonesuch Records’ Chairman Emeritus Bob Hurwitz to make a record that was both spiritual and a snapshot of the pandemic, Thile decided to pursue the idea, putting together six originals and three covers with only his voice and his mandolin. In April, he introduced the project with the lead single, “Laysong.” As he noted, “It is a lifelong obsession of mine, even post-Christianity, what the impact of that kind of devotion to any organized religion is.”

Laysongs offers the three-part “Salt (in the Wounds) of the Earth,” which was inspired by C.S. Lewis’s The Screwtape Letters; a song Thile wrote about Dionysus; a performance of the fourth movement of Béla Bartók’s Sonata for Solo Violin; “God Is Alive, Magic Is Afoot” based on Buffy Sainte-Marie’s adaptation of a Leonard Cohen poem; a cover of bluegrass legend Hazel Dickens’ “Won’t You Come and Sing for Me;” and an original instrumental loosely modeled after the Prelude from J.S. Bach’s Partita for Solo Violin in E Major. Thile’s wife, actor Claire Coffee, serves as co-producer.

It’s the latest creative endeavor from the MacArthur Fellow, whose exceptional career spans far beyond his solo work. From Nickel Creek and Punch Brothers to a pair of Goat Rodeo albums and the much-missed Live From Here series, Thile remains one of acoustic music’s most visible figures. You can read part one of our Artist of the Month interview here. Read part two here. Meanwhile, enjoy our BGS Essentials playlist, a tip-of-the-iceberg hint at the remarkable breadth of this masterful musician.