Artist of the Month: Peter Rowan 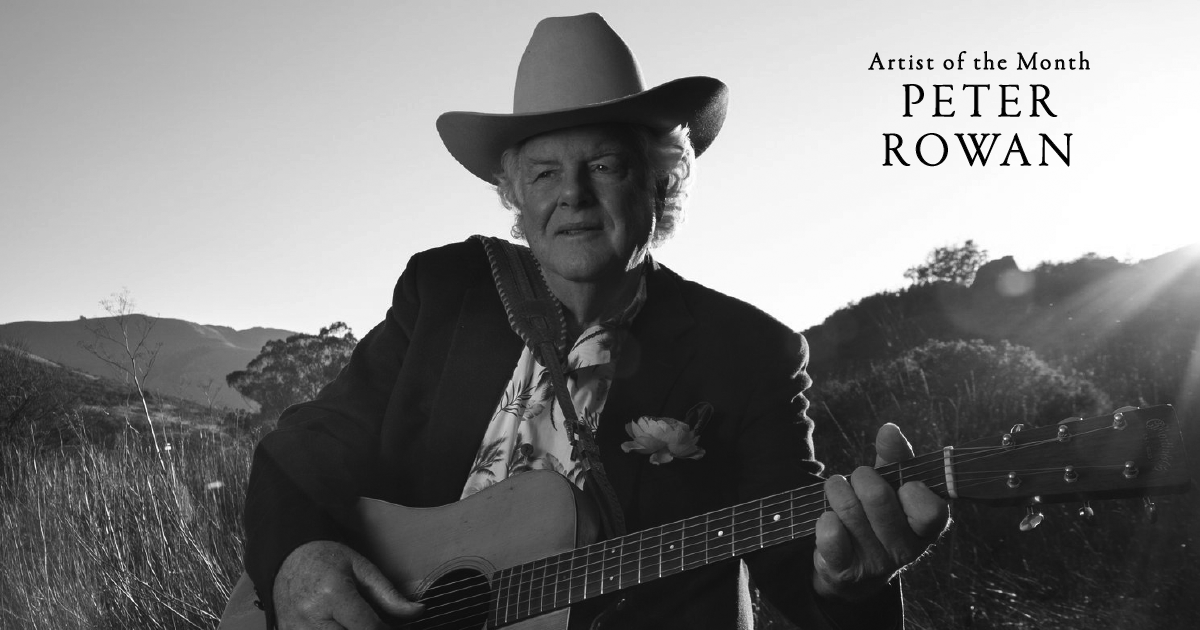 Peter Rowan has earned his place in the bluegrass canon for his role as a vocalist, guitarist, songwriter and journeyman across many decades. For his remarkable achievements, he will be inducted formally into the Bluegrass Music Hall of Fame later this month. This doesn’t mean he’s putting a cap on his career, of course. Just this summer he released a new studio album titled Calling You From My Mountain on Rebel Records.

“Bluegrass accepted me first as a cultural pilgrim,” Rowan says. “I’m still the pilgrim, interpreting my experience through music. And the richness is the collaboration with people from really any culture. Musicians are transcultural, you know.”

Speaking of collaboration, the new release underscores his enthusiasm for sharing a musical moment. Notable guests on the project include Billy Strings, Molly Tuttle, Lindsay Lou, Mark Howard, and Shawn Camp (as seen in the video below).

Rowan’s résumé ranges from playing in Bill Monroe’s Blue Grass Boys to forming the acoustic supergroup Old & In the Way with David Grisman, Jerry Garcia, Vassar Clements and John Kahn. Meanwhile, his indelible songwriting contributions include “Walls of Time” (written with Monroe) and “Panama Red.” He’s earned multiple Grammy nominations for his solo albums and the admiration of audiences around the world. We proudly salute Peter Rowan as our BGS Artist of the Month.

At 80 years old, the California-based musician is in a unique position to bridge the gap between the bluegrass fans from different eras. “I’ve got a young band, it’s fabulous,” he says. “They’re bursting with ideas. They’re in their years of inspiration. They’re really quick learners and their ears are wide open because this generation is built on everything we did, dare I say, all those years ago.”

Look for an exclusive interview with Peter Rowan by IBMA Award-nominated writer Garret K. Woodward later this month, along with our favorite songs, stories and memories that we’ll be sharing on BGS all month long. Below, you can enjoy a dive into the deep catalog from this brand new Bluegrass Music Hall of Fame member.