Artist of the Month: Shemekia Copeland 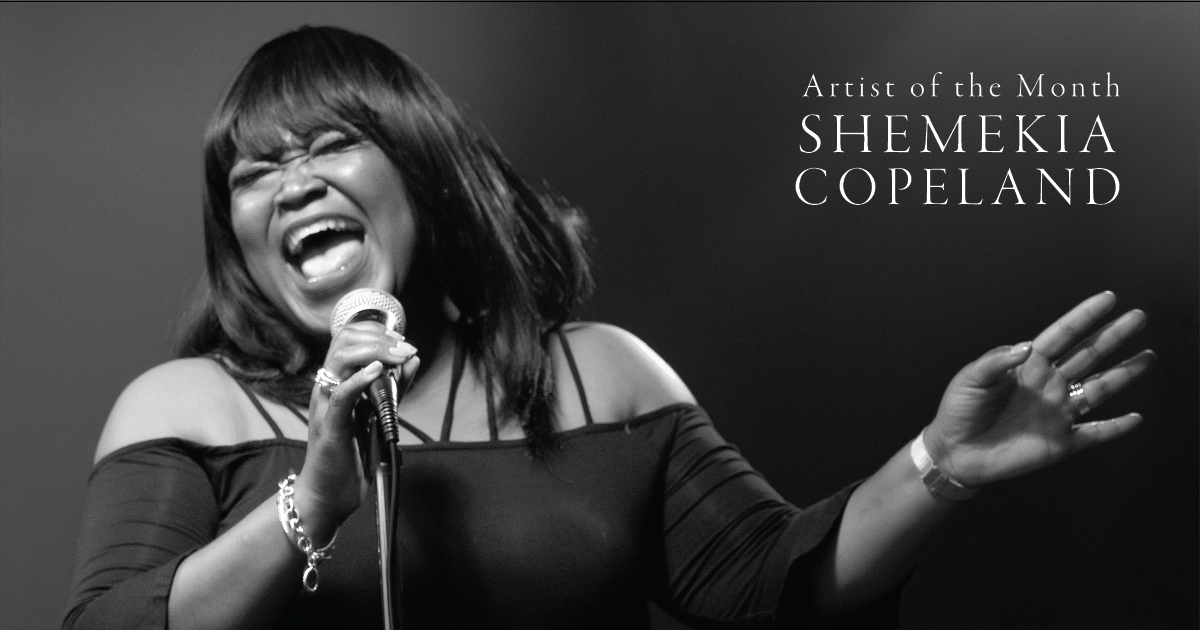 When it comes to modern blues, Shemekia Copeland is at the top of her game. Uncivil War, her newest release on Alligator Records, offers a number of topical songs, ranging from gun rights (“Apple Pie and a .45”) to LGBT affirmation (“She Don’t Wear Pink”). Yet as the album progresses, she delivers a few straight-up blues songs like “No Heart at All” and “In the Dark” that could have fallen anywhere in her decades-long career — or found a home with the generation of blues artists that inspired her. Throughout, her voice is strong, drawing you in to hear firsthand what’s on her mind.

Recorded in Nashville with producer Will Kimbrough, Uncivil War gives Copeland a chance to clearly speak her truth. From the historical narrative of “Clotilda’s on Fire” (with an electrifying guitar solo from Jason Isbell) to the philosophical title track (which features acoustic all-stars Sam Bush and Jerry Douglas), Copeland consistently comes across as persuasive, but not abrasive. The message of one of the album’s finest moments, “Walk Until I Ride,” is indeed empowering — but the fact that she needs to walk in the first place is not lost on the listener.

“You know, being angry doesn’t do us any justice,” Copeland told NPR in October. “I spent my time being angry and pissed off and mad about it. But at the end of the day, you know, that just doesn’t help anything.” That determination to channel her emotions into her music paid off in 2019 as she picked up multiple wins in the Blues Music Awards and Living Blues Critic’s Poll on the strength of her prior release, America’s Child. Since 2000, three of her albums have also received Grammy nominations.

In the weeks ahead, BGS will feature a two-part interview with Shemekia Copeland, where she reflects on the influence of her blues musician father, Texas legend Johnny Copeland, as well as the statement she’s making with Uncivil War. (Read part one here. Read part two here.) Author and journalist Alan Paul, who conducted these interviews, also provides us with the BGS Essentials playlist for November Artist of the Month, Shemekia Copeland.