Artist of the Month: Sister Sadie 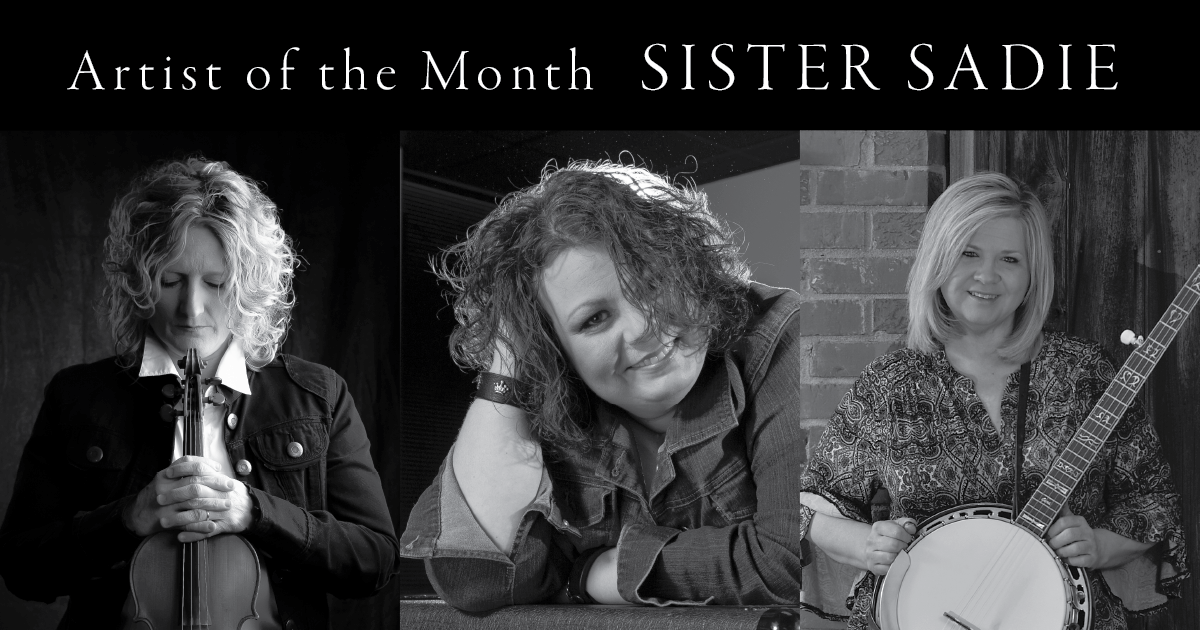 Stepping out with a number of the most talented women in bluegrass, Sister Sadie made an impressive showing in 2020, with a first-ever win as IBMA Entertainer of the Year and a repeat for Vocal Group of the Year. Plus, their fiddler Deanie Richardson picked up two more trophies as Fiddle Player of the Year and Collaborative Recording of the Year (for her appearance on Becky Buller’s “The Barber’s Fiddle.”) The accolades confirm what bluegrass fans have long known: There is room for everyone in the genre, regardless of gender. In fact, Sister Sadie is the only all-female group to win bluegrass’ top award.

“Bluegrass is traditionally viewed as a male-centric genre, but a genre that is rooted in the Appalachian sounds of Mother Maybelle Carter,” says Tina Adair, the band’s vocalist and mandolin player. “We’re proud of this honor. There’s a lot of purity and traditionalism in this genre, but a lot of progressivism, too. We love getting to contribute new perspectives to a style of music that has shaped us all.”

“We’re all over 40 and proud to be on the front lines to show other women that they can also achieve their dreams,” Richardson says. “We’re proud to expand the ways people hear and view bluegrass, too. To us, it’s a musical national treasure that can be traced back to the foundation of our country, and it tells a story of a landscape, a culture, a mindset, and a struggle to overcome the odds. It’s in our blood.”

All three members of Sister Sadie are accomplished recording artists in their own right. In 2019, Deanie Richardson issued a solo album (Love Hard, Work Hard, Play Hard) as well as a lively record with a side project known as The Likely Culprits. IBMA Award-nominated Banjo player Gena Britt also submitted an excellent collaborative record in 2019, titled Chronicle: Friends and Music, while Tina Adair continues to record as a compelling solo artist.

In 2020, Adair also partnered for a wonderful covers album with Dale Ann Bradley, who departed Sister Sadie in November to travel with her band exclusively in 2021. The sisterhood remains, though. A recent Instagram post by the band concludes, “Because our friendship takes precedent to our musical goals, we celebrate each other in every way possible whether it’s tied to Sister Sadie or any of our other efforts. We’re beyond thrilled for Dale Ann as she charges forward with her solo career and are equally excited to see what unfolds for Sister Sadie.”

Sister Sadie has already contributed to the modern bluegrass canon with 2016’s self-titled album, followed by 2018’s Sister Sadie II. Read an interview by Tristan Scroggins with the band’s three members here. While you’re at it, check out the breadth of Sister Sadie’s catalog in our Essentials playlist.