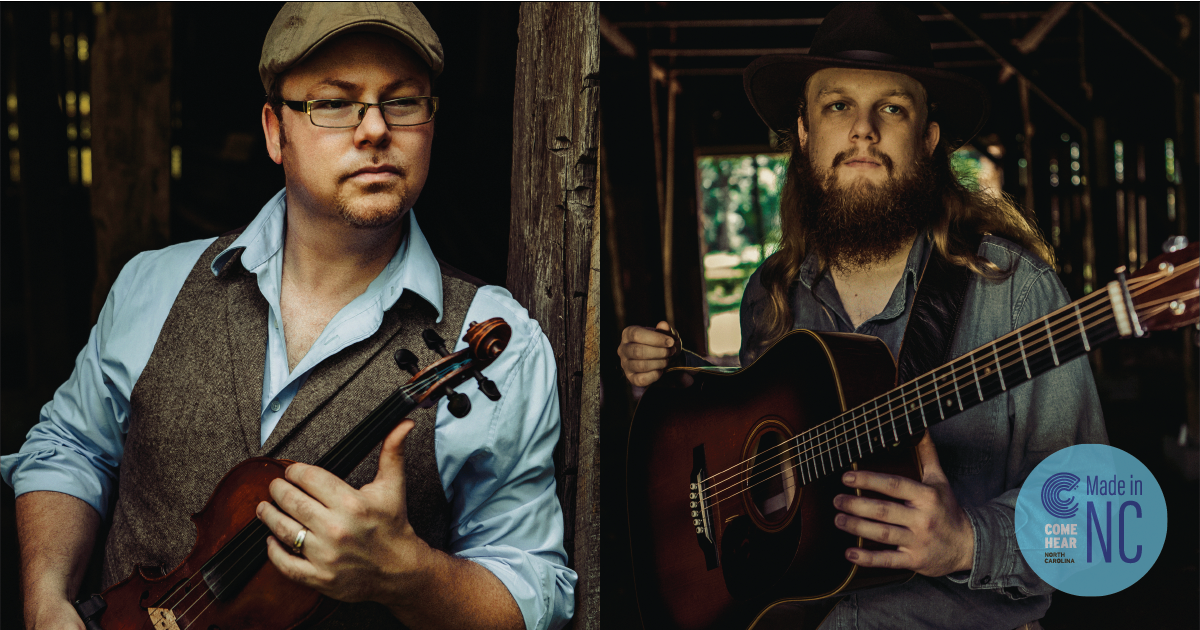 Editor’s Note: As BGS and Come Hear NC team up in November, we present North Carolina natives Jim Van Cleve and Zeb Snyder of Appalachian Road Show for this edition of BGS 5+5. Their newest album is Tribulation.

I think in a subconscious way, film and photography likely inspire my writing and even playing in a powerful way — and especially when referring to instrumental pieces. I’ve often said that when I’m writing, I can almost see or even “feel” a scene from a movie or a compelling visual image or something. There’s almost like this “unseen visual” which informs the emotional content of the piece of music in question. In some subconscious way, the gravity of a scene from a movie, or in a powerful photograph, will inhabit the melody shapes and rhythmic feel I’ll gravitate towards.

And, I think when I’m writing, I’m often subconsciously wondering… “What is happening in the movie that THIS song is the score for?” It’s difficult to put in words, but I definitely feel it. With Appalachian Road Show, there are such compelling stories that come from the region of our namesake, that it feels like it saturates every note of every song when we’re at our emotional peak. I can often envision scenes from Cold Mountain or The Outlander or Braveheart even during certain songs we’ll perform. — Jim Van Cleve

I’d have to say Tony Rice. When I think back on my growth as a flatpicker, I can see how Tony’s influence on me has changed and come from different directions over the years. When I first discovered his music at eleven years old, I was all about figuring out his lead playing on bluegrass songs and fiddle tunes. After that, I started getting into his original instrumentals and his work with [David] Grisman and on Béla Fleck’s albums, which taught me new chord voicings and more challenging leads.

The next and maybe the most important phase would be when I started taking rhythm playing more seriously as a teenager and started studying all of the subtleties of Tony’s rhythm pattern and embellishments, particularly on the Bluegrass Album Band stuff. I have so many favorite guitar players, but I always come back to Tony every so often and figure out things that I had never noticed or understood earlier in life. — Zeb Snyder

I believe maybe the one that was the most challenging for me was when I was asked to write a new IBMA Awards show theme song. The song was ultimately called “The Road From Rosine,” and there were a LOT of angles to consider with that one. For starters, the previous song, “Shoulder to Shoulder,” was written and recorded by one of my heroes Jerry Douglas, (and the whole band on that track is a bluegrass Mount Rushmore). The tune itself is a classic and had been used for years and years as the awards show theme. I’d grown up with the song, and it being a staple of the show, so I had this subconscious mountain to climb in the first place.

Then, on top of that, you have all of these “marks” — emotional and energy/dynamic-wise — that a song being used like this has to hit, because you know how it needs to be used throughout the show. So, it just had a lot of different roles it needed to fill, and in general you just want it to be as great as it can be, given the gravity of that situation. I wanted the song to capture the essence and spirit of bluegrass… the way the founding fathers of the music intended for it to feel, but I also wanted it to embody a sense of where the music is heading, with kind of a forward looking element. So basically, I was trying to write a song that would bridge all the gaps between the past, the present, and the future of our music, and also be theme-ish. — Jim Van Cleve

Every undertaking, big or small, do it to the absolute best of your ability, keeping integrity and transparency above all. If you’re going to do a thing, do it beyond the point of excellence. Be authentic and strive to treat the people you work with like you’d wish to be treated, even (and especially) when they make it difficult to do so! haha! 😉 Full disclosure: It’s been our intention from the start to adopt this philosophy in Appalachian Road Show, and we feel that it’s been an important part of our early successes. — Jim Van Cleve

Well, I started playing music through classical lessons. I was seven years old, and my sister had just started doing Suzuki method violin lessons. My parents got me into the Suzuki classical guitar program. At that point, I enjoyed playing, but it was kind of like a favorite school subject, not a passion. Four years later I started playing bluegrass guitar. That was when everything changed. I was so passionate about playing, and I was acting on my own initiative instead of treating practice like it was homework.

I would lose track of time while I was practicing, figure songs and licks out on my own, spend hours researching and listening my favorite artists on the internet, and even get random ideas for my own little instrumentals and licks before I even really knew what I was doing. When my family band started playing a few gigs, that was it. I discovered that I could feel pretty calm and confident on stage, even though I was a shy and reserved kid by nature. My passion for the music took over, and I couldn’t imagine doing anything else for a living. — Zeb Snyder