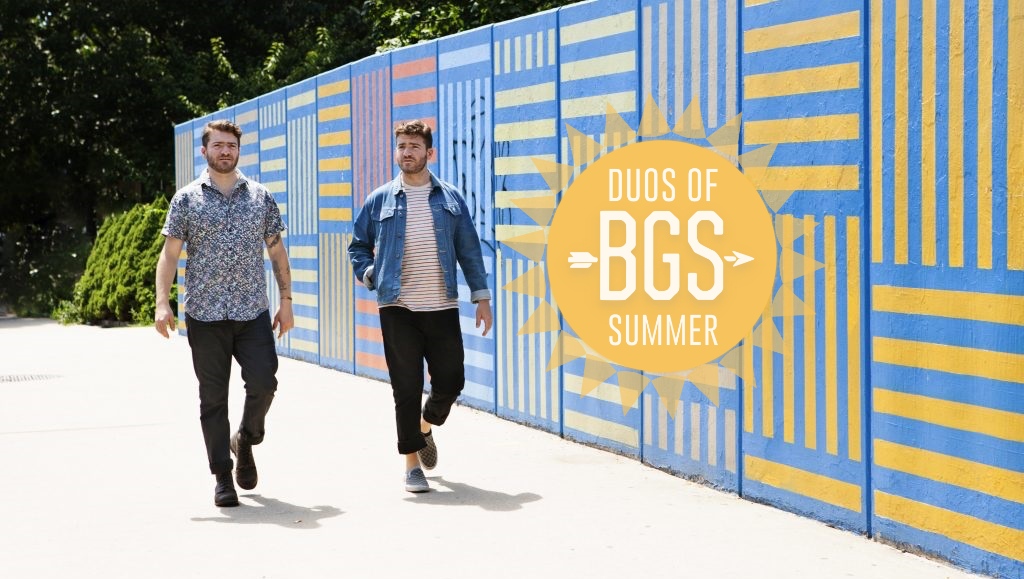 Get off your couch and go hear some live music with Britain’s Got Bluegrass! Here’s the BGS-UK monthly guide to the best gigs in the UK and Ireland in July.

The Brother Brothers, 3 to 7 July, nationwide

You want authenticity? We give you a band of brothers who are actually brothers. Even better than that, the Brother Brothers are identical twins. Adam and David Moss’s beautiful vocal harmonies are all the better for their shared DNA, not to mention the fact they’ve been singing together since they were kids growing up in Illinois. Their Milk Carton Kids vibe and fraternal stage presence will gladden the heart and restore the soul, and you can hear them touring their album Some People I Know in London, Folkestone, Saltaire, Whistable, and at the Maverick Festival in Suffolk.

Man About A Horse, to 14 July, nationwide

Last year was a breakthrough for the high-energy quintet Man About a Horse, one of the standout new bluegrass bands of recent years in the US. Now they’re making their way across the ocean for their debut UK tour. Their songs and lyrics treat modern life with the sepia tone of the classics – they’ve even got their own 21st century version of a train wreck song. Their 16 dates around the country include Maverick Festival in Suffolk and an intimate gig at The Bear Club, a Luton venue whose vibe will perfectly match their music.

It’s amazing to think that Crosby, Stills and Nash were actually together for about 20 months when its members wrote all those classic hits. However, Graham Nash’s five-decade career has extended far beyond that seminal songwriting era. A Grammy winner and member of the Rock & Roll Hall of Fame twice over (the other time with the Hollies), he has done all there is to do in his 75 years on the planet, from environmental activism to accruing an impressive art and photography collection. And he knows how to turn his experiences into music at its most profound. Catch him in Southport, Halifax, Bath, Cardiff, Oxford or Folkestone before he heads abroad.

We didn’t just make Josh Ritter our BGS Artist of the Month for nothing, you know. The incredibly potency of Ritter’s songwriting has been the trademark of his career — chances are, you know a lot of more of his work than you even realise. And his latest album, Fever Breaks, is charged with a political urgency that he describes as the “weird, dark rhythm” of our current times. He’s also a brilliant collaborator, and the fact he’s picked Ida Mae as his support for this tour is about the best endorsement the duo could have. If you can get to Brighton, London, Edinburgh or Glasgow, these are don’t-miss dates.

Seriously, how good is this month? It’s just one big hitter after another. Lucinda Williams continues paying tribute to the 20th anniversary of Car Wheels on a Gravel Road — her first album to go gold, back in 1999 — and the show has been such a hit she’s had to keep adding shows. But this is really the last chance to catch a very unique and special event, so if you want to hear the songs that NME said first turned American roots music into an “unabashedly sexy art form,” find your nearest city from her seven-date UK tour.