CONVERSATIONS WITH… Sammy Shelor of The Lonesome River Band 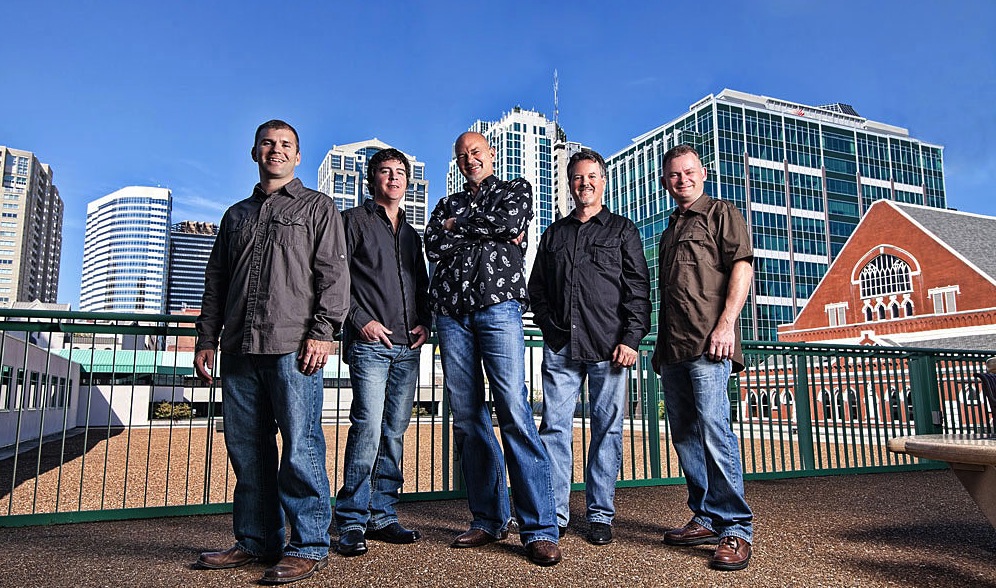 Each year, the Bluegrass Association of Southern California presents a world-class bluegrass group at the Ford Amphitheatre in Hollywood.  And this year is no exception: on Sunday, August 12, The Lonesome River Band will take the stage.

The band (which is currently celebrating it’s 30th year) is helmed by banjo legend Sammy Shelor, four time IBMA banjo player of the year, and winner of the 2011 Steve Martin Prize for Excellence in Banjo and Bluegrass.  According to a New York Times interview, Martin claimed that Shelor ‘did not necessarily need further recognition from his musical peers, as ‘he already is somebody” in the bluegrass scene.

Lucky for us, The Sitch got to chat with that very special somebody prior to his arrival in the Golden State…..

What’s your history with The Lonesome River Band?

I started in September 1990 and have been with them for over 22 years.  When I started it was Tim Austin (who left the group in 1995), Dan Tyminski, and Ronnie Bowman.  After Ronnie left the group, I took over.  I never set out to be a bandleader, I just became one by default.  But I love the music and I love the band so it was natural that I take the role.

What are your roots in the bluegrass genre?

I grew up — and still live — in Meadows of Dan, Virginia.  In this part of the country you grow up living around the music.  It’s all around you.  My grandfather was a banjo player, and I started on it when I was 5 years old.  When you grow up in that atmosphere — amongst that wealth of talent — you just learn those songs automatically.

Last year, you were awarded the second Steve Martin Prize for Excellence in Banjo and Bluegrass.  What did that award encompass and what did it mean to you?

That award is a great sign of generosity by Steve and his wife Anne.  When Steve got back into the scene a few years ago, he realized the musicians in our genre weren’t getting the support and honor they deserved.  To be honored with that — to get to be in New York, spend time with Steve, be on Letterman — it was amazing.  Something I can really cross off my bucket list.  And one of the most amazing spotlights we could have provided for the band .

How has the genre shifted since you’ve been on the scene?

There are a lot of people — and I don’t know if I’d go so far as to say this myself — but a lot of people say our 1991 album Carrying the Tradition changed the track of the bluegrass genre.  It was — and still is — traditional bluegrass with a rock and roll downbeat.  When J.D. Crowe & the New South came out with their [self-titled] 1975 record, that band opened the door to the music I wanted to play.  I feel like I’ve found my own niche — finding exactly what I wanted to do — and that has in turn given me and the band a musical identity.

To me, there are two kinds of music:  good music and bad music.  If it has heart and soul and feeling and it’s played in time, I’m going to listen to it.  No matter the instruments.  No matter the style.

What are your favorite festivals and venues to play?

One of my favorite festivals is Rudy Fest in eastern Kentucky.  We became the host band this year.  And that’s been going on for the past 10-12 years, but it’s just special because of the guys who run it and the charity it’s held for.

Going to California, Grass Valley or Victorville is always great.  West Coast crowds are always appreciative of what we do because we have a very different sound than a lot of bands out there.

Have you played LA before?  What are your impressions of the Southern California music scene?

I believe we did the Jerry Lewis telethon in 2003, and I played the Forum once back in 1992, backing a country band, but that’s about it.  Everyone seems so supportive of what we do, and that’s what we feed off of.  That has always been the case anywhere we play in California, and I’m sure will be no exception in LA.

Sammy and the rest of the Lonesome River Band appear at the Ford Amphitheater on Sunday, August 12.  Opening the show is local bluegrass group Lonesome Otis (there’s a whole lotta lonesome in the house that night…).  Tickets are available here.