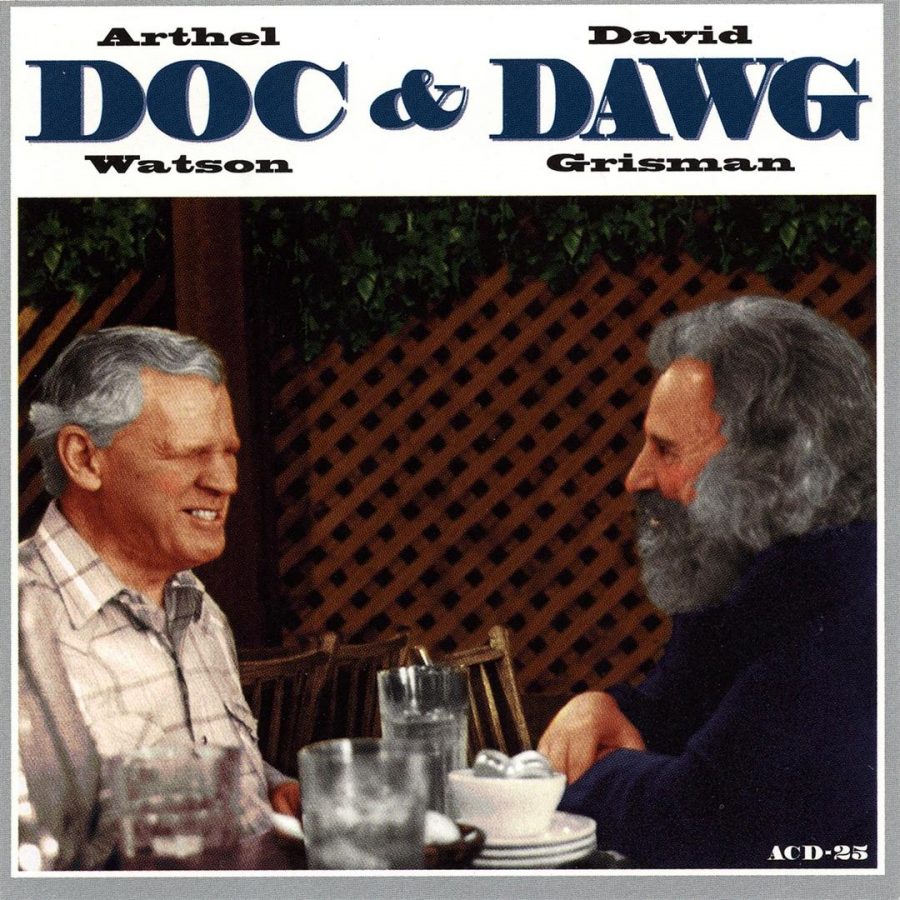 It’s fitting that this week, leading up to the 32nd year of MerleFest in Wilkesboro, North Carolina — a festival named after Doc Watson’s late son, Merle — that for Tunesday Tuesday we spend a few minutes with a song named after Doc himself. Bill Monroe wrote “Watson Blues” (or “Watson’s Blues,” as it’s also called), naming it after his friend and premier flatpicker, and the two performed it live and recorded it together on more than one occasion. This version with David “Dawg” Grisman, though, showcases the effortless way that Doc could keep up with and quietly, subtly innovate alongside musicians and artists who were much more famous for roaming further afield.

What’s additionally striking about this particular recording is how simple and focused the track is. Doc’s steady, unwavering hand pushes the song along at a perfectly breezy clip, matching the mellow, round, warm, huggable tones from his flattop. Meanwhile, Dawg plays the roll of Big Mon convincingly, peppering his signature, wacky, jazz-inflected phrases only rarely, choosing instead to let the tune stand on its own. Stuart Duncan’s plaintive twin fiddling is the icing on this tasty, minimal, “Watson Blues” cake.

If you’re headed to MerleFest this weekend, make sure this track is on your driving playlists to/from the festival — and be sure to check out our 2019 MerleFest preview for tips and tricks for the weekend. And, finally, make sure you stay tuned after the 3:52 runtime of “Watson Blues” passes — Doc, Dawg, and Jack Lawrence give us an incredibly tasty version of “Bye Bye Blues” to wrap up the album. It’s an acoustic pickin’ heroes encore.