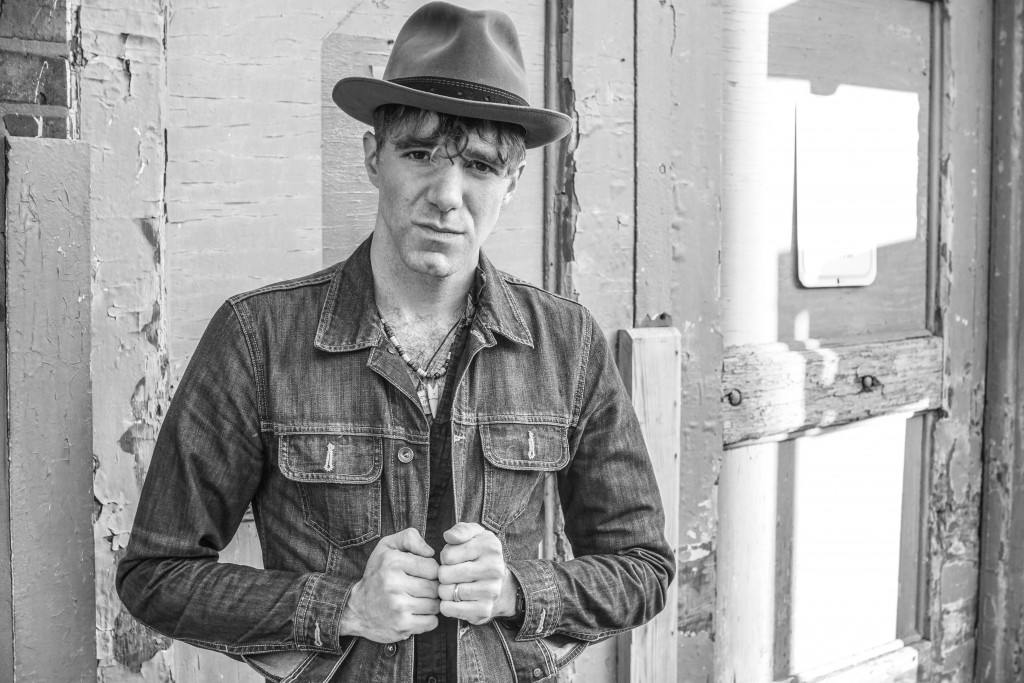 Welcome to Gig Bag, a BGS feature that peeks into the touring essentials of some of our favorite artists. This time around, we look at what Stephen Kellogg has to have handy when he's out on the road.

When singer/songwriter Stephen Kellogg, a Massachusetts musician also known for his work with the Sixers, set out to make his latest solo album, he didn't want to do your run of the mill LP. Instead, he hit every corner of the United States, recording a 20-song double album — appropriately titled South, West, East, North — that draws inspiration from each of the four major regions of the country.

"The idea was to record each part of the record in a different section of the country with different co-producers and different groups of musicians," Kellogg says. "To engage with the different genres that I like to operate in: folk, rock, country, pop. The regions ended up being a bit less important than the process of making each part of the record, but seeing that many different ways to make a record in such a short span of time was a tremendous and wonderful learning experience."

Though the regions played less of a role in the final product than did the folks who worked on it, Kellogg still found himself drawn a little closer to some regions of America more than others.

"Each of the processes were incredibly distinct and had both challenges and benefits," he explains. "I think, at the end of it all, I was slightly more drawn to the West and North processes. In both of these cases, there were fewer folks in the studio and the recordings tended to start with me and go from there. For that reason — win, lose, or draw — they feel a bit more true to what I think my distinct 'sound' is. I didn't know that was as important to me as it was, until after I made the whole thing though."

Kellogg says translating these new songs to the stage has been an organic process — that he's been "playing the ball as it lies." A longtime touring musician, hitting the road is one of Kellogg's favorite parts of his job, despite "next to no sleep, tons of vocal demands, changing weather, and a series of questionable eating decisions."

"My favorite part of touring is when all the tickets have sold, the band is firing on all pistons and has the routine kind of down," he says. "The sweet spot before burn-out sets in, but after things have kind of been 'sorted,' so to speak. The waking up in the morning and thinking, 'What songs do I feel like singing tonight?' The fun of anticipating the possibility of that miracle that is a 'great show.'"

Look for Kellogg out on tour here, and pick up your own copy of South, West, East, North here. Check out his Gig Bag picks below. 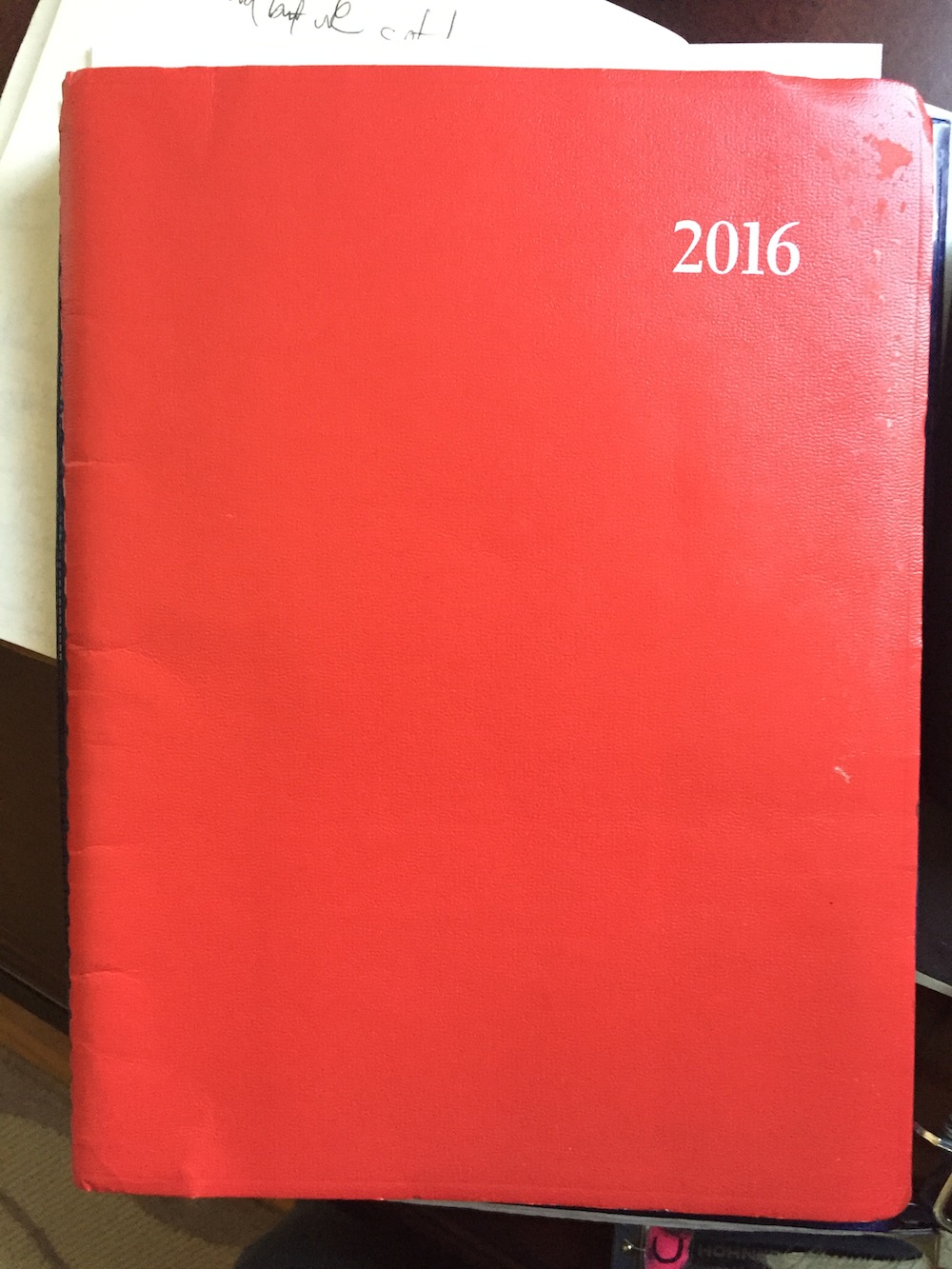 Red Daily Planner: I pretty much live and die by the daily lists in this planner. I've been using it for two decades now, and something about the fact that it requires no batteries or technological prowess speaks to my soul. 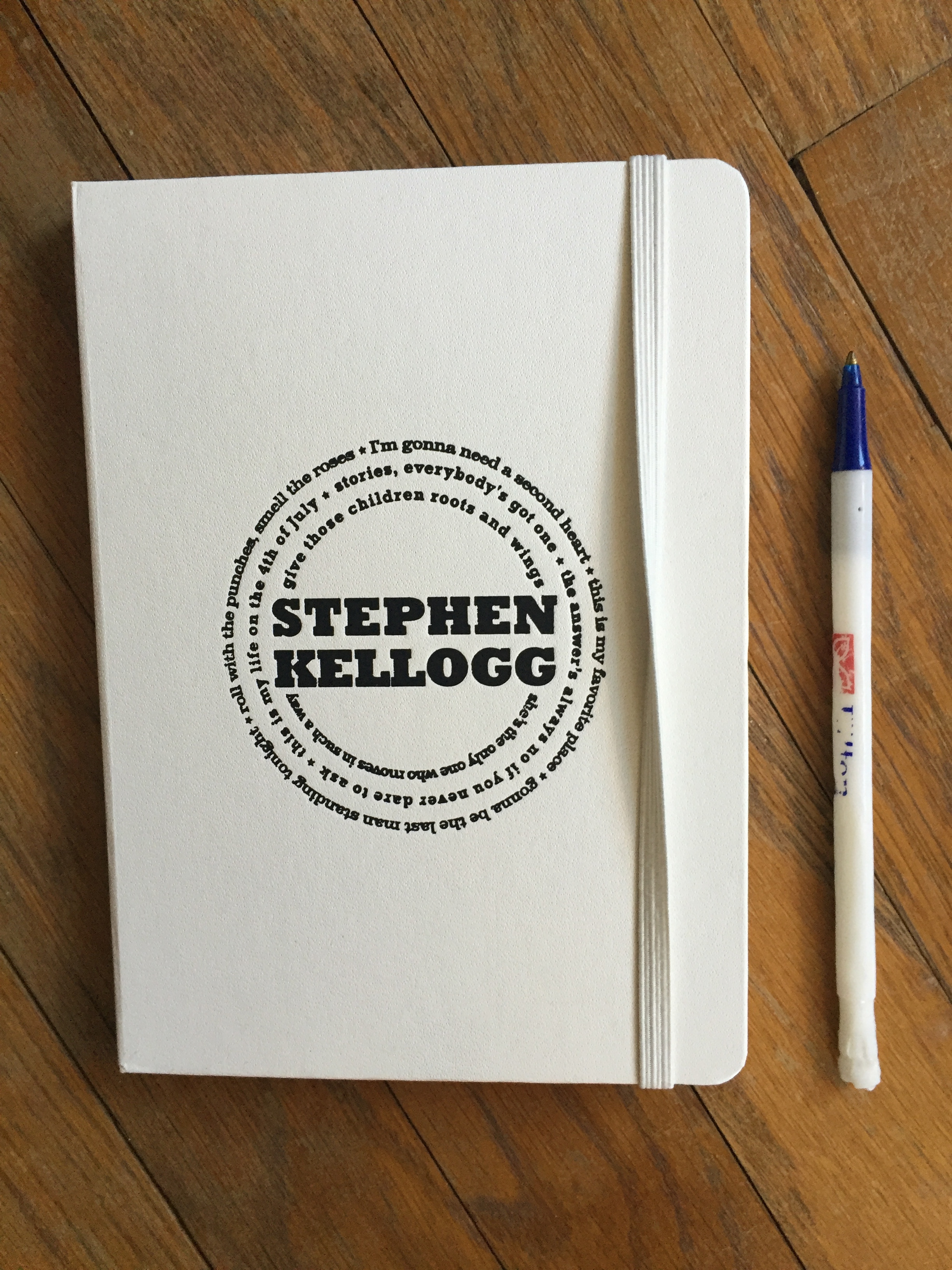 Journal: The act of writing in my journals on a daily basis has helped my state of mind much more than I can ever convey — so much so that we started printing our own journals. On tour, there is frequently little privacy and plenty of tired vocal chords, so the opportunity for a "brain dump'"can be few and far between. Enter my friend and yours … the journal. A non-judgmental third party to listen to all the craziness. 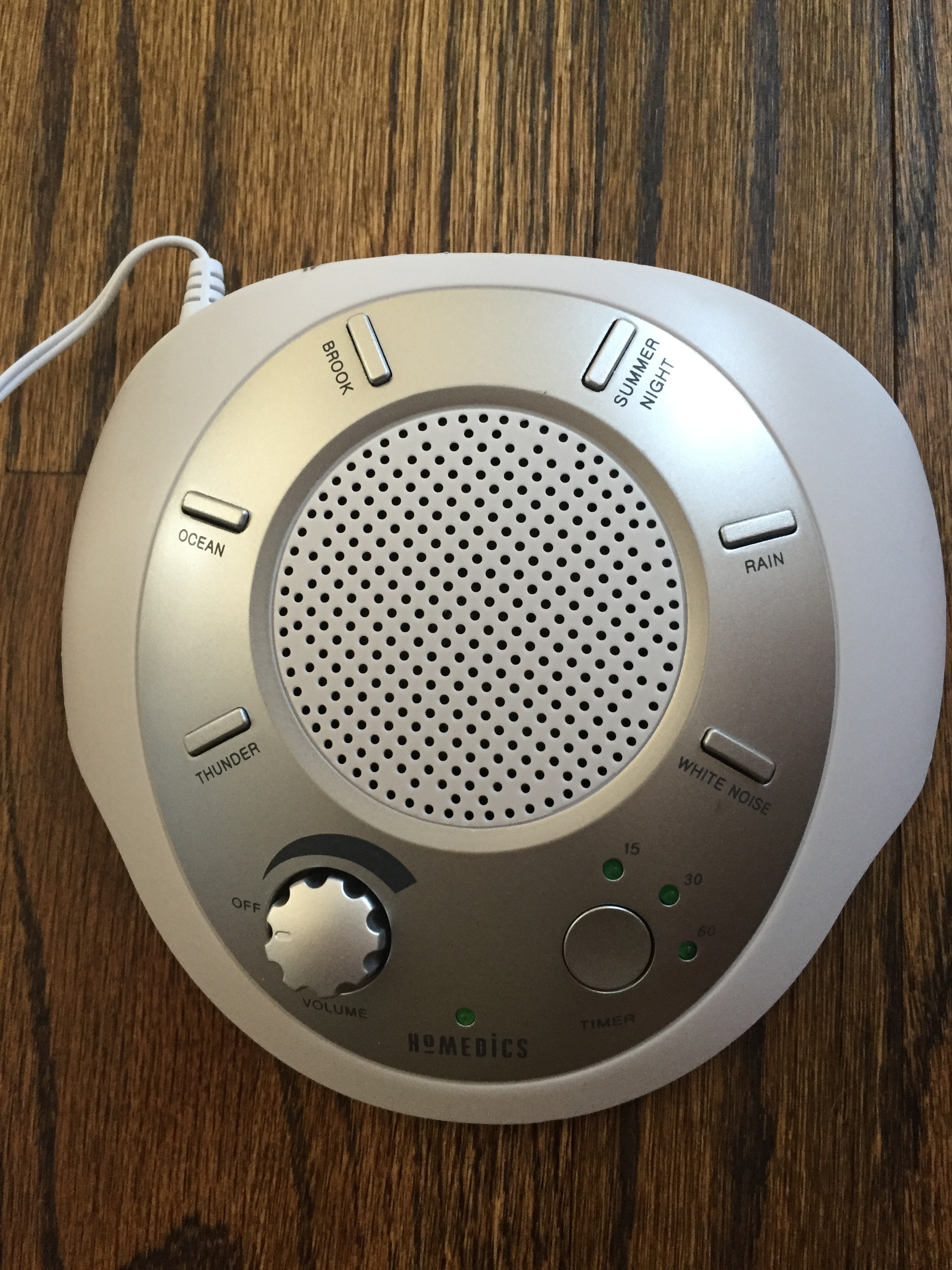 Sleep Machine: Originally, I got this white noise machine when my daughters were born, but I recently grabbed it for tour, and it's been a life saver. I had to laugh when I was watching that great History of the Eagles documentary one night on the road and Don Henley says, "Back then we had to SHARE rooms," as though that was the absolute roughest thing in the world for anybody to do. My touring roommate and I looked at each other and started cracking up, but it's probably because we have the sleep machine to keep us from driving each other crazy. 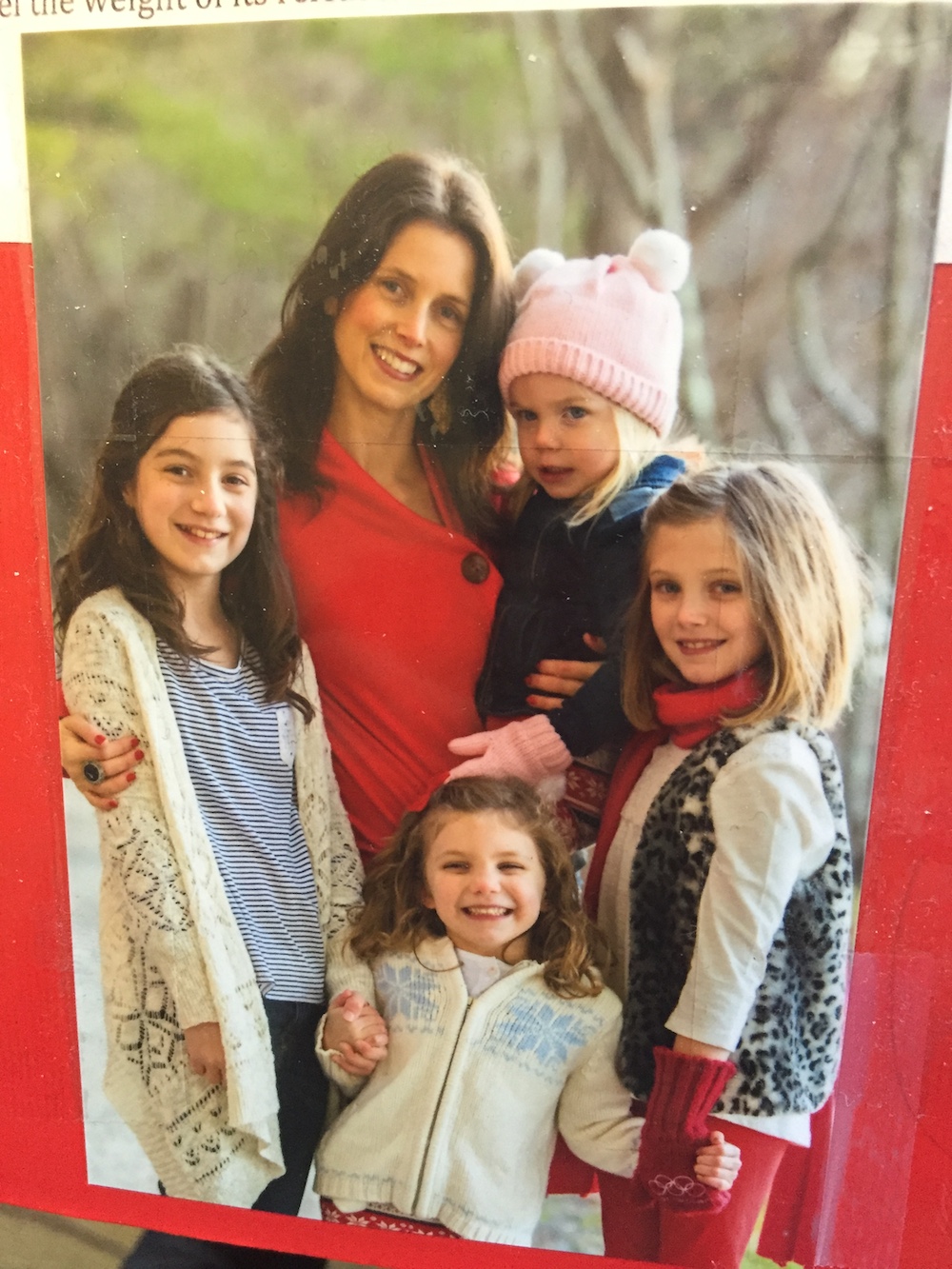 A Photo of the Family: iPhones are great, but I still need an actual picture I can hold in my hand of the people I love the most. It's important to remember on tour that whether you crush it or struggle, that these people's love won't change. Having their photo ever present keeps that idea front and center. 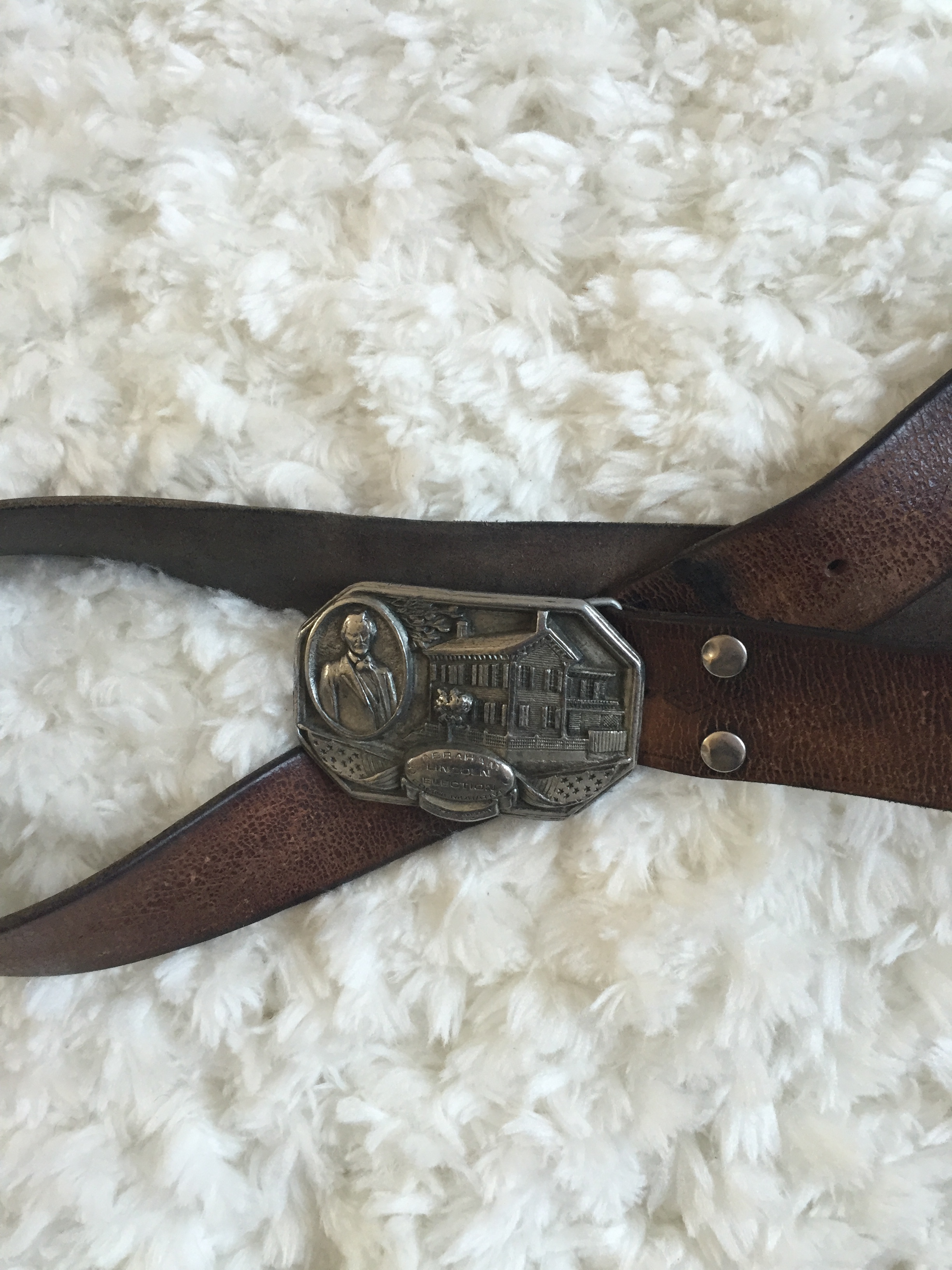 Abe Lincoln Belt Buckle: The beacon of integrity. I feel a little extra rush when I get dressed after a (way too short) night's sleep. It's one of a handful of material items in my life that I really value.

Photos by Stephen Kellogg. Lede photo by Will Byington, courtesy of the artist.