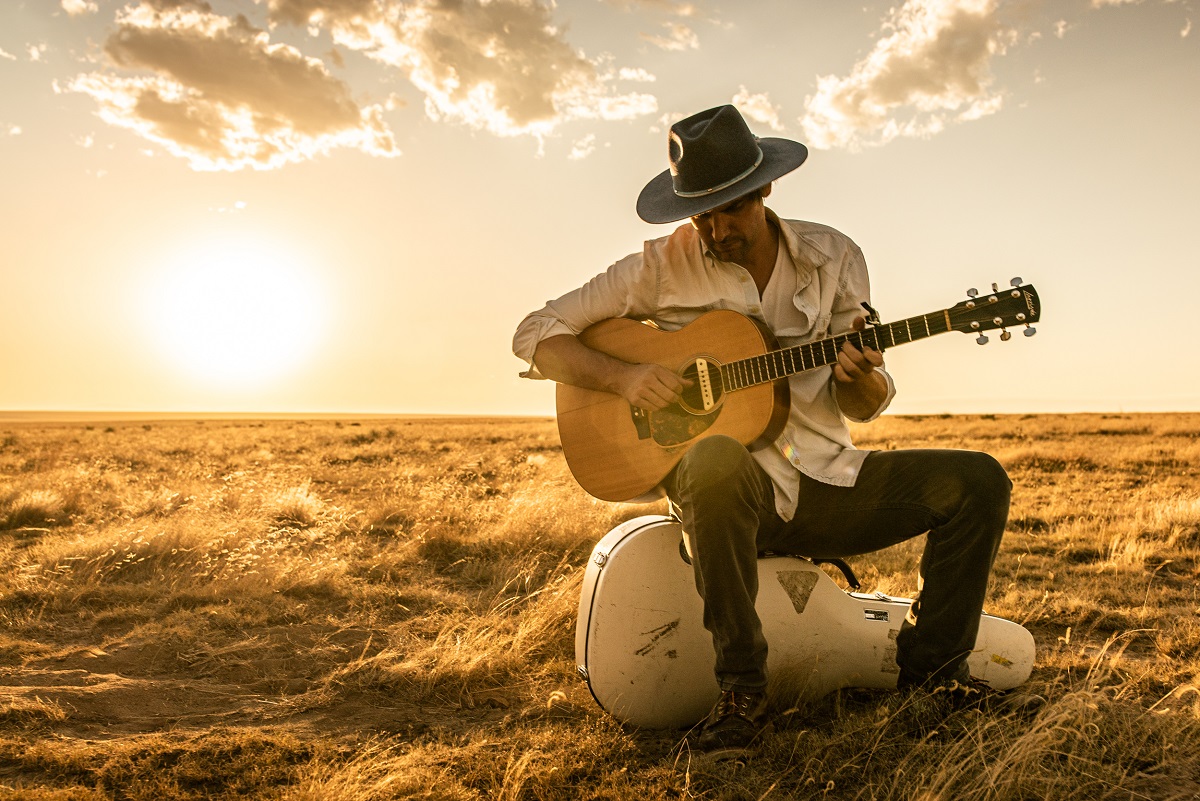 I love all types of music and song. How beautiful a thing to hear the invisible insides of someone shared outwardly. A culmination of dynamic forces, experiences and sensibilities dialed into pulsating, Pythagorean waveforms, giving color to the space in between. The only catch is we have to trust what we’re hearing is authentic. Whether it’s the tonal intention of a singer or the specific touch of an instrumentalist, the song has to move me in some way or else I’m changing the station. Authenticity is subjective to each listener where no authority exists, though goosebumps, tears, movement, lofty notions and inspiration have always been my litmus tests to playing something thrice or more.

Here’s a list of songs that have moved me in some way worthy of mention. Also, if you’re so moved, check out my album Sojourn of Burning Sun out on August 28. — Daniel Rodriguez

From what I hear, this song is Bill giving gratitude and paying tribute to his actual uncle, Pen [James Pendleton Vandiver]. Pen played the fiddle at family gatherings and inspired Bill to join the musical world. The song structure of “Uncle Pen,” though only a few chords, is kind of complex. It’s a jubilant song with a great melody and has those goosebumping, Appalachian harmonies that Bill and his band often showcased. Probably what I like most about the song is that it appears to skip a beat before the head of each verse. It happens during a G run directly after the chorus that impossibly lands at the head of the next section. Simple genius.

I like pretty much all of Gregory’s songs and his recordings. Catching his band live or him solo is a remarkable experience. I’m lucky to call him a longtime friend and I keep my fandom of his music separate from that. Gregory paints imagery that is most times not specific, which leaves you, as a listener, more in an abstract state of mind. Yet he threads a powerful emotion throughout, which his voice and arrangements unavoidably invoke. He uses imagery of a woman often, which comes across as more a mythical character of the sacred feminine, rather than one of a romantic endeavor. This is apparent in “Amsterdam”: “That howling wind, she’s waving hi, her other hand’s in mine.” The song ascends towards the end in some epic way when Greg moves his voice up an octave and sings “Churches and trains, they all look the same to me now / They shoot you some place, while we ache to come home somehow.” Goosebumps to follow.

The Boss has never failed to paint us the pictures of the struggling American working class. Our popular culture seems to only highlight the celebrities and billionaires, and yet The Boss celebrates and sheds light on the untold stories of the common man, the backbone of our culture. His stories are always rich with the American story, full of its hypocrisies and triumphs. “Youngstown” paints a very real picture of the uphill and endless bogging down of industry and war. The arrangement has a suiting Americana feel, stripped down and intimate. The pedal steel and fiddle give an eerie voice to the emotion of the character in the story who sings, “My sweet Jenny, I’m sinking down, here darling in Youngstown.”

When John Prine passed on earlier this year I cried constantly for three days. I’ve been lucky enough to catch him live more than a few times at festivals that we both played. The authenticity in his delivery has healing properties that only a few possess. John touches on all the hidden sadnesses and joys of humanity, and gives color to the seemingly opaque hidden corners of the human condition. “Lake Marie” is a special song with all the ingredients: New love, tenured love, relationship struggles and cold-blooded murder. John delivers this story in a very light-hearted and humorous way. He speaks the verses and accentuates certain parts, which become vital to the song’s DNA. The chorus is maybe the best chorus ever written, beautiful and joyous, juxtaposed with a very brutal and tragic story.

Just like any song that Levon sings of someone else’s, he makes it his own. That is very much the case with “The Mountain” by Steve Earle. Steve recorded a great version of this song with Del McCoury, but my favorite version is the one Levon sings. It’s about the coal industry brutalizing the natural wonder of a homeplace. Removing mountaintops from where once majestic mountains stood. Filling in swimming holes that you once could cool off from the summer’s heat within its cool mountain runoff. Levon brings you there to those mountains, and he takes you to that swimming hole, and then he shows you the pain of it being no more.

Gillian Welch – “Everything is Free”

When speaking of Gillian’s songs it would be prudent to also mention David Rawlings. The line is blurred when trying to understand who wrote what — and it’s fitting that their voices in harmony become an entity of grace and grit that is alive and well. “Everything Is Free” is a song that hits home for the majority of musicians and artists who are at large suffering in an age where the fruits of their labors are taken for granted. This is certainly reflected by our culture, which would ironically feel the worth of music in its absence. In regards to this, Gillian sings: “If there’s something that you wanna hear you can sing it yourself.”

I’m not a religious person, but I am spiritual. Even though Leon uses biblical terminology in this beautiful song of yearning, and being cleansed from your sins — it’s the intention of the song that shines through and transcends all the negative connotations that might come with organized religion. It’s the true Christian values that are evoked here, of actively wanting to become a better person. It sounds like it was recorded live around one mic in a big room and really captures a beautiful moment of music.

Bob is my favorite artist and songwriter. I love all the phases of his expression. I don’t subscribe to picking a favorite era or compare everything he creates to what he produced in the 1960s. This brings us to “Murder Most Foul,” a recent release of his. It is a nearly seventeen-minute song that talks about the day and days that followed the assassination of John F. Kennedy. Bob beautifully describes this tragic and heightened moment in history, giving us a stream of consciousness of images peripherally and directly happening around the time of the assassination. The production of this song is very minimal which allows the lyrics to be absorbed and breathe.

Growing up and residing in the hills of North Carolina, Mandolin Orange has lived and been more than aware of the culture that exists below the Mason-Dixon Line. Not buying into the rhetoric of those holding on to the nostalgia of the Confederacy, Mandolin Orange gives a historical and psychological look at the wildfire that unfortunately still is fueled today. “Wildfire” is a bit of medicine to us all, and carries a hope that some who might need the medicine most. Listen to this song that is served in the musical genre of its commonplace.

This song is so powerful. Billie Holiday recorded it in 1939. The emotion and dynamics of her timing are delivered in a powerful and haunting way. The fruit that hangs from the trees is not fruit at all. [The song’s titular analogy references lynchings of Black folks.] It is perplexing to me that humanity can stoop so low to such an evil as to think one is inferior to another, where murder is rationalized within such a vitriolic mindset. In this specific case it is rationalized within the minds of pale complexion below the Mason-Dixon line. How those trees still stand and the fruit still hangs, though embedded within policy, social structures, the psychology of an unexamined people and history books with whole chapters missing. Music and song throughout time has been utilized to pass stories down and convey emotions. This is a song that passes down and conveys a traumatic truth; its shockwaves still crash on the shores of our everyday.

Josh Ritter – “Girl in the War”

This is one of my favorite songs. I’ve had the fortunate opportunity to play a bunch of shows with Josh and actually back him up on this song with my old band. I’ve heard him say in an interview that this song is about America. I’ll take his word for it. I’m not quite sure what the song is about myself, but I do know it’s a goosebumper. The recording of the song is stunning and I sure do like to play this song around the fire at gatherings.